A group of TikTok employees in the US is preparing to take legal action against president Donald Trump’s executive order on the short-video app, amid fears that restrictions on the platform’s US operations could threaten their jobs.

Earlier this week, Patrick Ryan, a California-based technical programme manager for TikTok, launched a campaign to raise funds for an injunction against Mr Trump’s order, which will prohibit “any person . . . or property” in the US from transacting with TikTok’s Chinese parent ByteDance from mid-September onwards.

Though Microsoft is currently in talks with ByteDance about a potential acquisition of TikTok that could spare the company any restrictions, a growing number of its 1,500 US staff fear that if a deal is not struck by the deadline, they will no longer be able to accept pay cheques from their employer under the sweeping terms of the order.

So far, the David versus Goliath-style campaign — which argues that the Trump administration should “change the order so that TikTok can still pay employees” — has raised close to $12,000 out of a targeted $30,000 to cover legal costs, through more than 40 donations.

“The executive order threatens to make it illegal for TikTok to pay wages to the 1,500 employees of [the] US as of September 20,” Mr Ryan told the Financial Times. “This is unconstitutional and inconsistent with the rule of law.”

The move comes amid growing dismay and uncertainty among TikTok employees over the US government’s demands. One TikTok executive said that they felt US regulators had taken a “bellicose posture” against the company, adding that there was an atmosphere of “sadness and resignation” internally about the situation. “There’s a resignation that this is the geopolitical environment we are in,” the executive said.

Jason Waite, partner at Alston & Bird, described the employees’ initiative as a “credible legal challenge”, adding that there would be both “constitutional concerns” and “due process concerns” if US staff were indeed caught by the scope of the order in this way.

Mike Godwin, a technology policy lawyer and trustee for the Internet Society who is working on the case, said employee salaries could also be affected if bank transfers from ByteDance were frozen because of the sanctions.

He added that the order was unconstitutional and that employees could also cite the “property interest” — that they are entitled to their economic property — to back their case. “There’s nothing rational underlying this executive order,” he added.

The White House has yet to clarify the precise scope of the order, issued by Mr Trump last Thursday on national security grounds, and whether “transactions” with ByteDance would include salary payouts or not.

One person familiar with the situation said the White House was in the early stages of exploring what would be banned under the order. Reuters reported on Tuesday that the administration may look to prohibit the buying of advertising from TikTok or hosting the app on an app store, citing a leaked White House document, but made no mention of employee salaries. 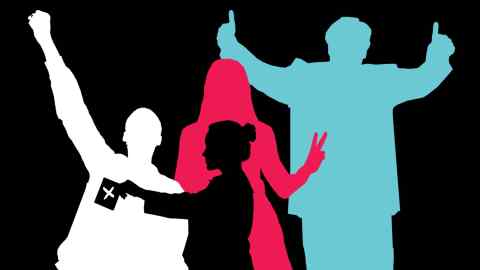 TikTok has said it is “shocked” by the executive order, arguing it was “issued without any due process” and risked undermining the trust of businesses in the US rule of law.

It added that it would “pursue all remedies available to us in order to ensure that the rule of law is not discarded and that our company and our users are treated fairly — if not by the Administration, then by the US courts”. The company itself is expected to file a lawsuit shortly that will be separate to the employee-led action.

Previous PostCoronavirus: Berlin’s lakes and parks overcrowded in the summer heat Next PostRabobank: “Just Wait Until We All Get New Woozly Digital Currencies”