This Is Not A Great Depression Environment

Those who followed us know that we held a strong bearish stance on U.S. equities last year. We published here articles with titles such as “A Sucker Rally” and “Pennies In Front Of The Bulldozer”. Eventually, the bearish outlook conveyed in these articles proved entirely correct. It might have been a surprise for many that we turned optimistic and made a case to buy equities on March 14th, 2020. We stick to our positive stance. Global equities took a hit that is in line with average correction during recessions already. Most important, the current environment is very different from the Great Depression, which led to more significant equity drawdowns. The world is dealing with an external shock that is fading and not a financial crisis that is amplified by policy mistakes. 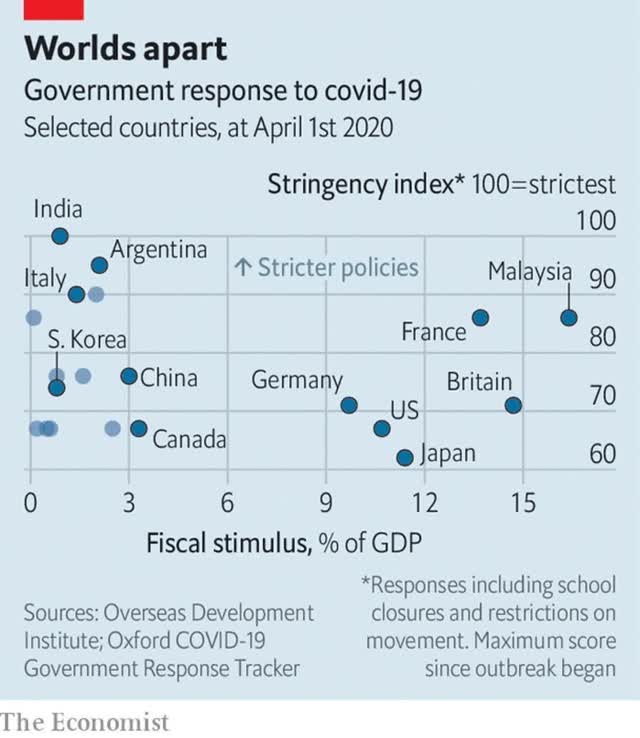 Monetary and fiscal policy are the key factors today. Global interventions are unprecedented in terms of magnitude, speed, and cross-border consensus. Most developed economies committed a sizeable proportion of their annual GDP, some even around 10%, in fiscal measures to mitigate the economic fallout from the coronavirus. Monetary policy acted complementary to the fiscal stimulus and was implemented in large amounts from a historical perspective. The Federal Reserve committed to expanding its balance sheet more than during the entire financial crisis of 2007-2009 already. Spending 10% of one year’s worth of income is an enormous fiscal countercyclical measure. Adding a monetary stimulus on top of that amplifies the positive effect substantially further. Put differently, even a complete economy shut down for two months has, everything else being equal, no effect on U.S. GDP that is roughly 19.3 trillion dollars. The 2.5 trillion dollars fiscal package and additional monetary expansion fully offset the entire shut down in terms of total GDP. 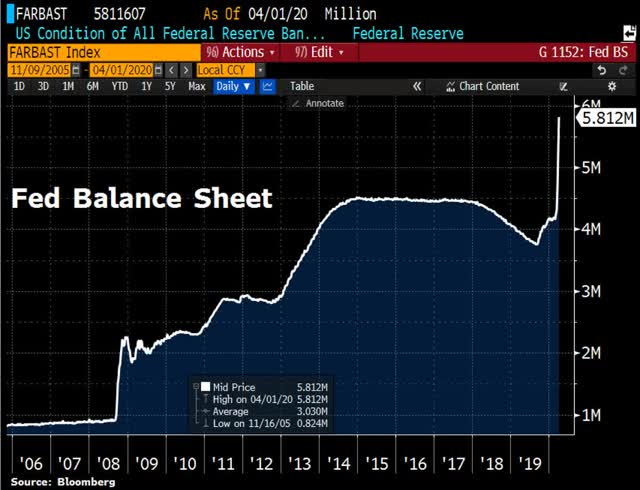 Monetary and fiscal policy measures were not implemented properly and led to a downward spiral during the Great Depression. Today is a different environment as substantial measures have been implemented at an early stage. Moreover, policymakers continue standing ready to spend and print their way out of this crisis. They would most likely increase their policy response if necessary, making an economic depression highly unlikely. Nonetheless, a large extent of the global economy is in lockdown, which leads to a significant cash drain. Cyclical industries and leveraged companies are most vulnerable in the current recessionary environment.

The policy response was suboptimal from a different angle. South Korea, Taiwan, and Singapore laid out an example of best practice in dealing with the pandemic. Nonetheless, most Western countries went their own way. Some neglected the virus altogether while others attempted controlled infections with the goal of herd immunity. Most Western leaders put substantial parts of their economy in lockdown. None of these measures are best practices among Asian economies that mitigated the virus successfully. Western policymakers need to copy and paste here instead of trying to reinvent the wheel. 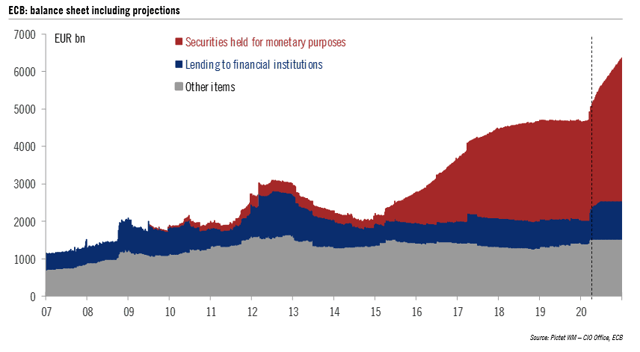 Covid-19 infection curves are flattening around the globe already with the U.S. and U.K. lagging. The economic recovery path will depend now on future policy measures directed on jump-starting the global economy. However, past recessions have not been a hit-and-run event that ended within a few weeks. The average recession duration over the past couple of centuries was somewhere between 10 months and 22 months for the U.S. American economy. Stocks corrected on average by 30% during post World War Two NBER recessions.

The conclusion is that a volatile equity market remains the base case for the next few months. Recessionary forces will probably drag risky assets lower while stimulus measures send them higher. Lockdowns throughout large parts of developed economies are recessionary and led to unprecedented job losses already. However, also unprecedentedly large stimulus packages work against a deeper recession. More significant, policymakers are likely to add further measures if the economy does not recover. All in all, these facts probably lead to an average recession in the U.S. Therefore, we can roughly apply metrics of past recessions to form expectations about future returns in the equity market. 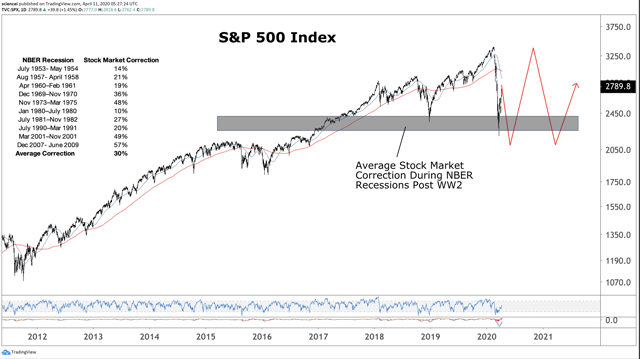 The current environment is not similar to the Great Depression and neither should be an investment base case. Another drop towards the mid-March low could happen but remains an attractive opportunity to buy the dip. It exceeds the average stock market correction during the last ten U.S. recessions in terms of capital loss already. Hence, the 2,000-2,200 area in the S&P 500 is not likely to get crossed to the downside sustainably if we are dealing here with a recessionary downturn instead of a depression. However, the duration of the correction today is too short in comparison with historical NBER recessions and their stock market corrections. Most likely, it will take a few more months until the economy and stock market recover from the current crisis. The bottom line is that we expect a very volatile sideways path for the S&P 500 during the next year.