The Ultimate Cornavirus Worst Case Scenario for the United States 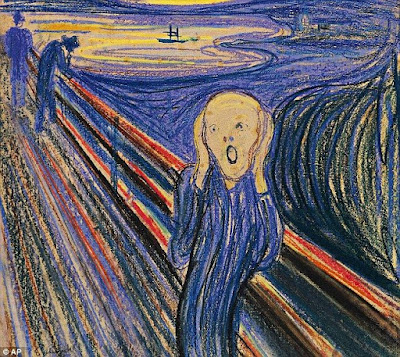 Panic continues to hit Wall Street and most of the rest of America as fears of a global pandemic intensify because of the Wuhan coronavirus (COVID-19).

With the full US population of 330 million infected, that would mean roughly 6.6 million dead at the current general publicized rate of 2.0% deaths of those infected. But if you move for a moment a step away from Messonnier panic, most coronavirus researchers will tell you they believe the death rate is a lot lower, probably in the 0.2% range or, putting it another way, for the entire US, 660,000 deaths would occur if everyone is infected. They believe that the death rate is significantly lower because of the strong likelihood that many of those infected with just mild symptoms treated themselves without doctor or hospital visits.

Putting on the accountant’s eye-shade for a moment, a few things need to be understood. First, those who have been dying from the virus have been elderly or are seriously ill, thus, most are unlikely to be a part of the workforce. So outside of a week or two away from work by laborers because of the virus, the US workforce itself won’t be impacted.

For those who are concerned with supply-chain issues for the US, it should be kept in mind that it appears that the virus has peaked in terms of infection in China and that manufacturers are slowly resuming their operations. So it is difficult to see how supply chain issues will be any worse than 2 months. (Most cargo ships crossing the Pacific Ocean between China and the US take between 2 weeks to a month).

But getting back to the worst-case scenario vs. reality, no way will the entire US population become infected. Between government-mandated lockdowns in regions, if there are breakouts of the virus, and self-isolation by individuals, the number infected if the virus hits the US in earnest will be relatively low.

In China with a population of nearly 1.4 billion, more than 4 times the population of the US, the number of infected to date that has been reported as only 77,600 cases and 2,663 deaths.

In other words, taking what has gone on in China, and considering an even a much greater extreme here in the US, the threat to the US economy from the Wuhan coronavirus (COVID-19) is at most a minor speed bump.

There may be some greater medium-term consequences for the cruise line industry with fears from the general public but this Messonnier panic and crashing stock market as if the economy is going to go back to the stone age doesn’t make any sense.

READ ALSO  Why Does Sleepy Joe Think We Need Another $850 Billion of Transfer Payments?