The S&P 500 And A Resurgence In Global COVID Cases

The S&P 500 (Index: SPX) continued to mostly move sideways during the third week of October 2020. Overall, it closed the trading week some 18.42 points (0.5%) lower than in the previous week, which is to say most of what happened during the week was day-to-day noise.

If investors are primarily focusing on 2020-Q4 in setting stock prices, we can expect more of the same next week. That assessment is based on coming toward the end of the redzone forecast range in this week’s alternative futures chart. 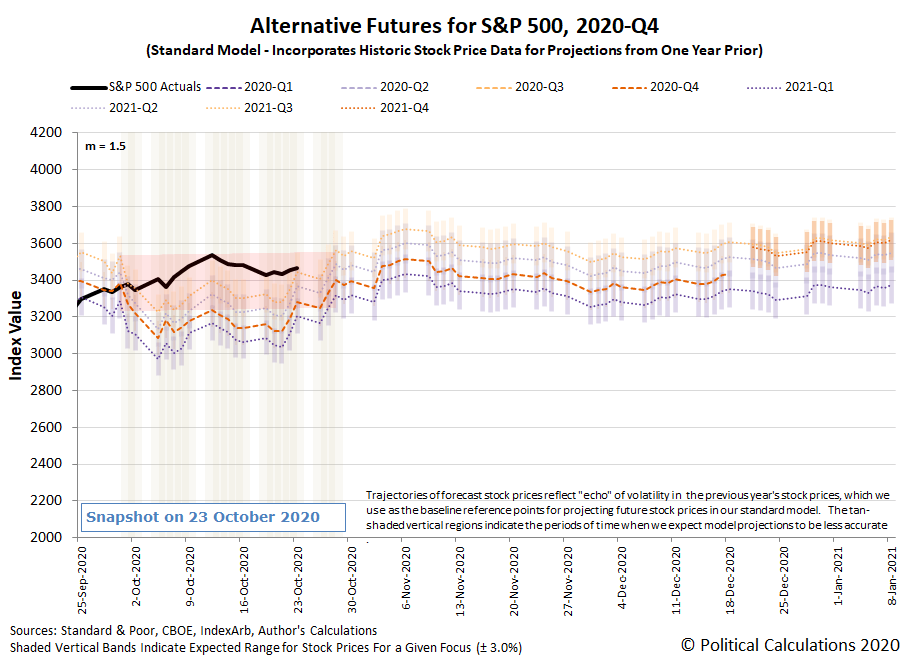 The mostly noise-driven action during the past week continues to be mostly influenced by the changing prospects of the U.S. government’s next major stimulus bill. Perhaps a more serious fundamental issue is developing in Europe with its surge in coronavirus cases and corresponding lapse back into lockdown mode in several countries, which adds its own element of noise to the U.S. market. Here’s a chart showing the rolling 7-day moving average trends in newly confirmed cases per 100,000 residents in both the European Union and the United States, where we find that Europe’s rate of new cases is more than double than in the U.S. 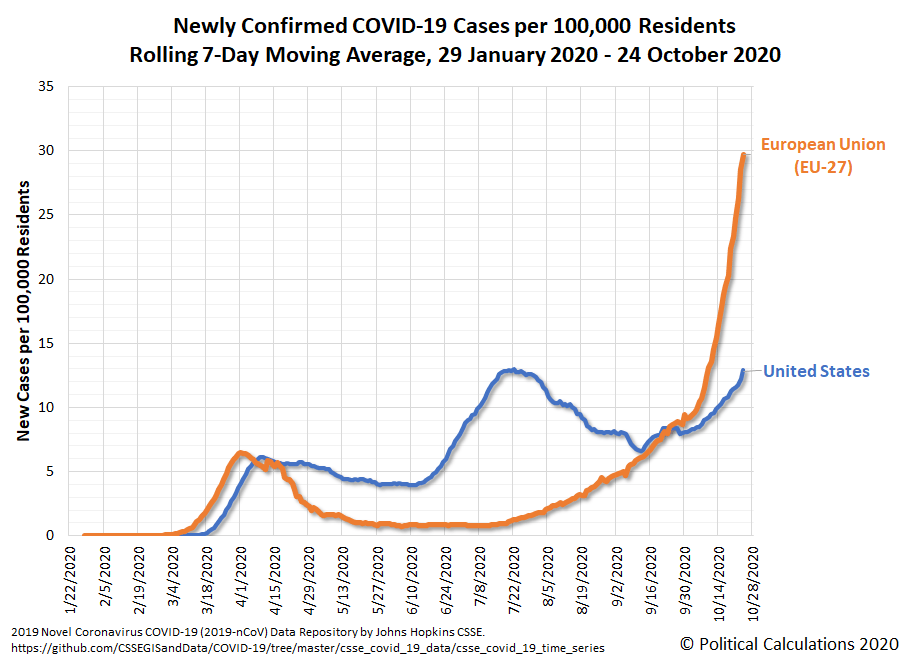 Here’s a second chart showing the rolling 7-day moving average trends in newly reported deaths per 100,000 residents in the EU and U.S., where we see the EU’s COVID-19 death rate has likewise surpassed that of the United States. 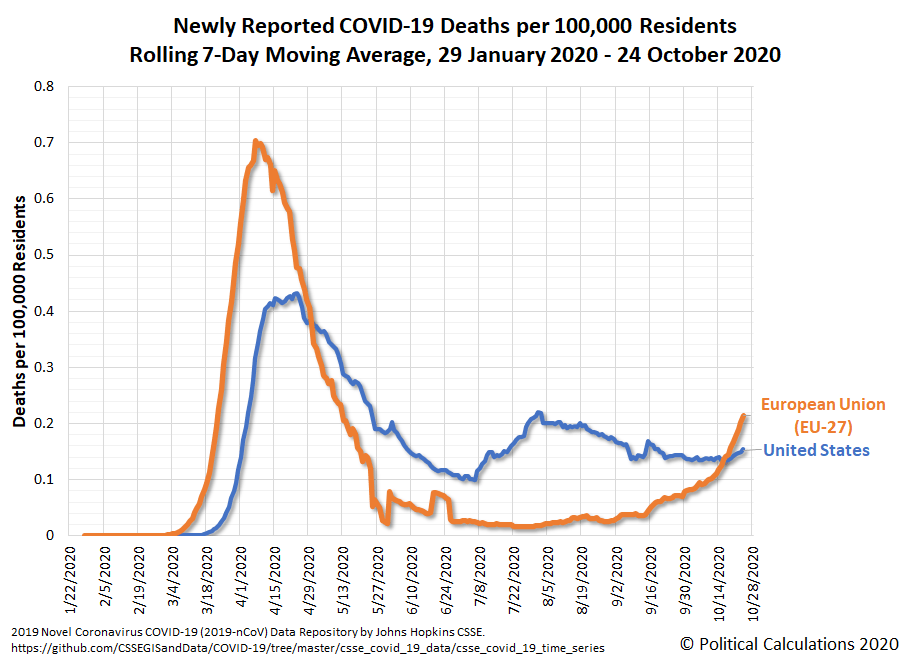 While the U.S. is doing far better than the EU, we expect the increasing number and relative severity of lockdowns being imposed in various EU countries will negatively affect commodity markets and prices, which will put a damper on the business outlook for U.S. firms.

READ ALSO  SE: Saxo Says the Place to Be Is in Commodities

Overall, the general tone of the news during the past week was mixed, with several stories referencing the U.S. economy’s stronger-than-expected performance in recent weeks, which perhaps helps explain why stock prices mostly moved noisily sideways rather than decidedly downward.

The Big Picture’s Barry Ritholtz has outlined the positives and negatives he found in the past week’s economics and markets news.