The Sovietization Reduction in Choices For Americans When Shopping

Home Financial news The Sovietization Reduction in Choices For Americans When Shopping
2020-09-082020-09-08By finanz.dk 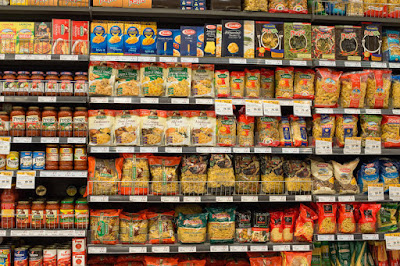 Americans are spending more, yet increasingly they are being offered fewer choices, both online and in person, reports Laura Reiley the Washington Post business of food reporter.

The winnowing — what one expert calls a “Sovietish” reduction of choice — is also solidifying eating patterns, for good or for ill. With customers’ selections reinforced by online advertising, repeat ordering and other algorithms, the food system is becoming bifurcated as consumers who have expressed enthusiasm for healthful or artisanal foods are offered more of the same, while those with a penchant for highly processed comfort foods are inundated with opportunities to restock..

The great eating divide is an unexpected result of changes set in motion by the shutdown of restaurants and the retreat to home kitchens, which have led consumers to spend significantly more money on groceries than they did last year. The monthly grocery bill for the average American household spiked to $525 in March, up 30 percent over March 2019, according to census data, as dollars pivoted from restaurant meals to home and people snapped up items in bulk. By July it had settled to about $455 a month, still up 10 percent over the same month last year…

Based on research conducted for the food industry trade group FMI by an analytics firm, FMI Senior Vice President Mark Baum says many consumers are increasing the amount of money spent per trip and simultaneously decreasing the amount of time spent in the store. Shoppers are more likely to have a list of critical tried-and-true items and are less inclined to browse and let serendipity guide them to something new.

He says more men are claiming to be the primary shopper during the pandemic, and “they do buy different things and buy differently.” Men, Baum says, tend to favor efficiency: shopping club stores for bulk purchases, convenience stores and online. They report making fewer, larger, quicker trips for a narrower range of items.

Grocery stores, marking these behavioral changes, have chosen to focus more on restocking their top-selling 1,000 items — things like Barilla pasta, Tide and Oreos…

Frito-Lay said that, when shutdown and stay-at-home orders started going into effect in March, it cut its number of unique bar codes (called stock-keeping units, or SKUs) to get more products into the market faster. “We reduced about 21 percent of our SKUs to deliver the volume of our most in-demand products, ensuring availability everywhere for consumers,” said Mike Del Pozzo, senior vice president of sales for Frito-Lay North America. The company later restored most of its paused product bar codes, but not all.

The decrease in new offerings marks a historic change in American manufacturing patterns, after an explosive expansion in the number of grocery items in the decades after World War II.

This “narrower range” is not just a brick-and-mortar constriction. As the pandemic accelerates the shift to online shopping, the number of packaged food products available to purchase on the Internet fell 21 percent globally from January to May, according to Euromonitor International, a London-based market research company. It found that nine out of the 10 biggest countries by retail sales saw a drop in the number of unique SKUs available online.

Tyler Cowen correctly notes: “This also is another reason why actual rates of price inflation are somewhat higher than what we are measuring.”