The Single Most Bullish Indicator For Oil

Oil prices have gone through a significant correction over the past few weeks, with WTI crude dropping from a six-month high of $66.30/barrel on April 23 to $61.04/barrel on May 13.

While prices have rebounded to $63.31 on May 17, the precipitous drop has awakened fears that mounting macro challenges including escalating trade tensions between the U.S. and China (leads to risk aversion and weaker demand) as well as a buildup in crude inventory as per the latest EIA data could trigger another down leg to the March 8 low of $55.31, which also happens to be the first technical support for oil. 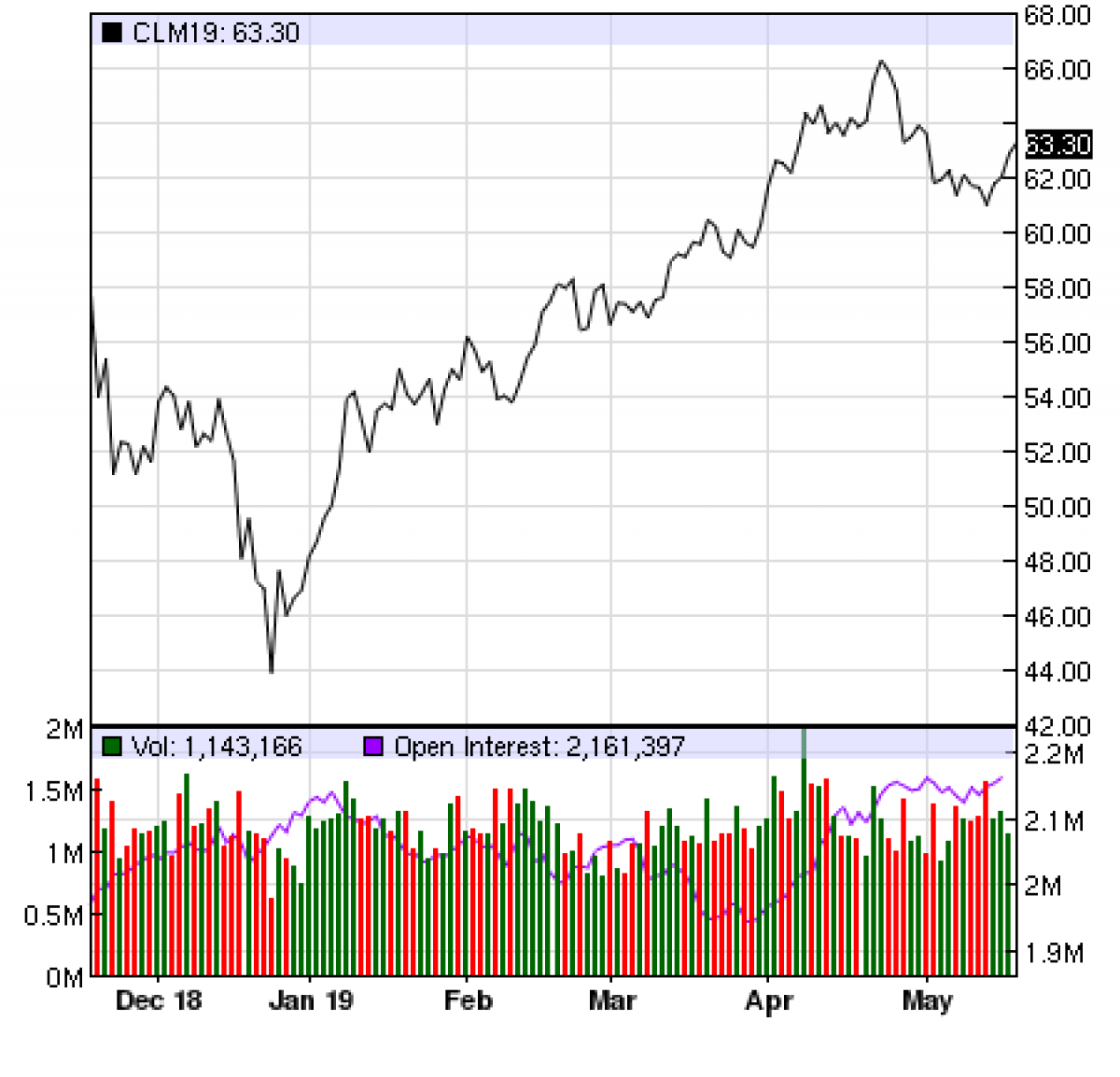 Crack or processing spreads refer to the pricing difference between a barrel of crude oil and the ensuing petroleum products refined from it.

Crack spreads are essentially the economics of refining a barrel of oil into oil products such as gasoline and distillates such as diesel and jet fuels.

The price of oil and products refined from it are not always in perfect synchronization. That’s the case because supply and demand of particular distillates fluctuate depending on global supplies, time of the year, weather and several other factors. To mitigate pricing risks, refiners often use various futures to hedge the crack spread while traders use the crack spread to speculate on potential price changes in the price of oil and refined petroleum products or for hedging other investments. Related: The Fear Factor Is Back For Oil

Crack spreads provide valuable information about the price of crude oil. Rising spreads are a sign of increasing demand by consumers since consumers purchase the end products and not crude oil. Falling spreads, on the other hand, signal falling demand for oil products and for crude oil by extension.

The good news is that trends in crack spreads have been bullish for gasoline since late January and since early April for distillates. The gasoline crack spread has moved markedly higher since January from $12.76 per barrel on the daily chart to $22.72 per barrel on May 15. The current reading is just a $1.01 off the $23.78 high.

The gasoline crack moved higher mainly because of seasonal factors including the end to the winter season.

Meanwhile, the distillate spread has improved since April though not as dramatically as gasoline’s mainly due to the fact that distillates like diesel and jet fuel enjoy year-round demand with heating oil providing the biggest component of seasonality.

Other than being a real-time indicator of oil demand, crack spreads also serve as a constant window into the profitability of oil processing  companies such as Valero Energy Corp.(NYSE:VLO), the U.S.’ largest independent refiner. Refineries require considerable capital outlays and processing high volumes leads to improved economies of scale and higher profits. Higher cracks tend to encourage more refining thus improving profits with lower crack spreads has just the opposite effect. Related: Why Oil Is Still Underpriced

The near-term outlook for crude prices remains rather mixed, with a slower global economy due to trade wars acting as a counterweight to rising tension in the Middle East. Indeed, analysts think prices could climb 10 percent higher if there’s a resolution in the trade dispute.

Some analysts think it could head much higher. Francisco Blanch, head of global commodities and derivatives at BofA, says a trade war resolution, Iran sanctions and a better global economy could trigger a spike in the international benchmark, Brent, to $100 a barrel.

Meanwhile, traders will be keeping an eye on OPEC as the cartel gathered in Jeddah last weekend to discuss the course of action. With Saudi Arabia needing prices north of $80 per barrel to balance its budget and continued disruption in supply not only in Iran but Venezuela and Libya as well, the scales could eventually tip in favor of the bulls.

By Alex Kimani for Oilprice.com