I have been right on and long the US dollar, and I am patiently waiting on another significant leg up. I believe the USD will eventually see a sharp depreciation, but it will be driven by a long-run inflationary outburst in the United States and a global economic recovery, as inflation can be a factor in currency depreciation in FX markets. Right now, though, I see that as a minimal probability event with the global economy likely in recession and see little reason not to be long the USD especially given it has been trading as a safe-haven currency.

Inflation is the result of aggregate spending pushing up against capacity in an economy and is also driven largely by credit. We’re seeing a loss of output and I don’t expect a take-off in net private sector credit growth. If there is insufficient credit demand or a greater number of defaults, NPLs and repayment than credit extended, net-new-credit would be negative and deflationary. This can be defined by total private sector credit minus loan repayments and defaults/NPLs. This massive stimulus is not a positive sign as it is being used to offset the deflationary effect of upcoming NPLs and lack of new loans into the economy during a loss of output, and decline in economic growth/aggregate demand.

Also, there is definitely no energy or commodity cost-push price type inflation with demand in free-fall. I expect break-even inflation expectations to continue to decline. Even if the Fed prints 4.7 trillion thereby doubling its balance sheet, according to the Bank of International Settlements, there is approximately 13 trillion of foreign USD denominated debt which means it’s not even a question whether emerging market corporations can pay their debt. It’s more of a question of if they can even acquire the USDs necessary. This doubling of the Fed’s balance sheet is also largely going to be used by the US banking system and providing relief to the US economy, not foreign central banks and corporations. There is a severe USD shortage both globally (EM corporations that have borrowed in dollars) and within the US banking system (as can be seen in interbank turbulence and oversupply of Treasuries). I covered the USD shortage and Treasury oversupply within the US banking system extensively in the linked article here. As stated:

This interbank liquidity problem and resumption of Federal Reserve balance sheet growth is partially a result of the widening US government deficit. The reason is primary dealers are the main participants at Treasury auctions. They are required to bid. A primary dealer either holds USD reserves or US Treasuries. Because the government is issuing more Treasuries, it is therefore forcing primary dealers (mainly banks) to hold more Treasury securities and draw down USD reserves leading to higher interbank rates. The Federal Reserve is providing relief to the situation by resuming the expansion of its balance sheet.

The Treasury liquidity crisis and spiking of the US dollar in March were partially a result of the anticipation of an over-supply of bond issuance from the United States government. The US Treasury just increased the national debt by around 10% with its $2 trillion relief (not stimulus) package. There was already a bond oversupply problem in the US banking system with the spike in repo rates starting in late 2019. This caused the Federal Reserve to “resume organic expansion of its balance sheet” also known as blowing a larger bond bubble. Increased issuance from the US Treasury is only going to further this problem, which again, had already existed.

Foreign central banks were selling Treasuries in mass to bolster USD reserves in mid-March. This Treasury selling may be good for the individual foreign central bank or institution that needs USDs, but when done collectively, it pushes US Treasury yields higher which increases the appeal of the USD in FX markets because it becomes a higher-yielding currency. This leads to a stronger dollar and again more forced Treasury selling. It is very self-reinforcing but the core problem is a lack of US dollars globally. Once again, yes, the Federal Reserve has launched QE but this is quite different than the recovery from the global financial crisis, where inflation hedge assets outperformed and the US dollar depreciated.

For one, there was not a build-up of US dollar denominated foreign corporate debt which currently stands around 13 trillion as stated above. Second, many had expected QE to lead to immediate inflation. Investors have learned that is not necessarily the case. Lastly, the recovery process this time will likely be more drawn out. Global aggregate demand and output is in free-fall and I believe the deflationary forces in the world are too great. Central banks will try, but I believe it is a futile effort. 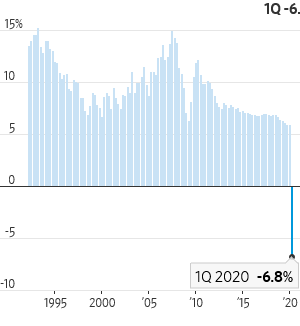 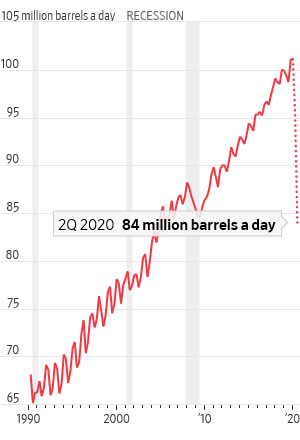 Disclosure: I am/we are short VALE, RGLD. I wrote this article myself, and it expresses my own opinions. I am not receiving compensation for it. I have no business relationship with any company whose stock is mentioned in this article.