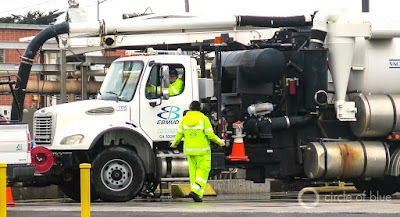 California is experiencing massive rolling blackouts due to a summer heat wave and bizarre energy policies.

In the past 72 hours, the state has instituted the first targeted outages since 2001. The region’s electricity system operator has warned of more rotating outages through Wednesday with temperatures forecast to reach as high as 112 degrees Fahrenheit (44 degrees Celsius) in some parts of the state, notes Bloomberg.

What is going on?

Part of the problem is California’s rapid shift away from natural gas. About 9 gigawatts of gas generation, enough to power 6.8 million homes, have been retired over the past five years as the state turns increasingly to renewables, according to BloombergNEF. That leaves fewer options when the sun sets and solar production wanes.

Normally, California can import enough power from neighboring states when supplies are tight. But the sprawling heat wave blanketing the U.S. West is pushing power plants to the hilt across the region.

“California is in a tight spot,” BNEF analyst Brian Bartholomew said. “It’s retired a lot of gas. And the storage that’s supposed to help hasn’t yet come online.”

In addition to houses without power, the march to solar power that can’t do the job has resulted in stink for some in the greater San Francisco Bay area.

Boaters were being warned to stay away from the Oakland Estuary on Saturday, after an estimated 50,000 gallons of raw sewage spilled during a power outage Friday night at the East Bay Municipal Utility District wastewater treatment plant in West Oakland, reports NBC Bay Area.

Signs were posted along the estuary on Saturday morning about the spill and EBMUD was reaching out to rowing clubs and others who frequently use the strait between Oakland and Alameda.

The spill occurred after power outages between 5 and 7 p.m., ordered by the California Independent System Operator, caused a pump to fail, EBMUD said Saturday.

“This power outage caused failure of major equipment at the wastewater plant, including the ability for EBMUD to generate its own power on site,” according to a statement from EBMUD on Saturday. “Power outages like this are quite uncommon. During PSPS events we normally get notice, but this outage occurred very quickly.”

The main wastewater treatment plant in West Oakland, at the foot of the Bay Bridge, received no power from PG&E from 5:10 to 6:50 p.m., according to EBMUD.

The outage resulted in major flooding at the pump station, which transports sewage from the East Bay via pipes to the plant for treatment, causing a back up.

This puts added meaning to the claim that government can’t even do shit right.