Editor’s note: This article was originally published on Aug. 28 by Menzie Chinn here.

Several of the five key indicators referenced by the NBER’s Business Cycle Dating Committee are decelerating, as shown in Figure 1. 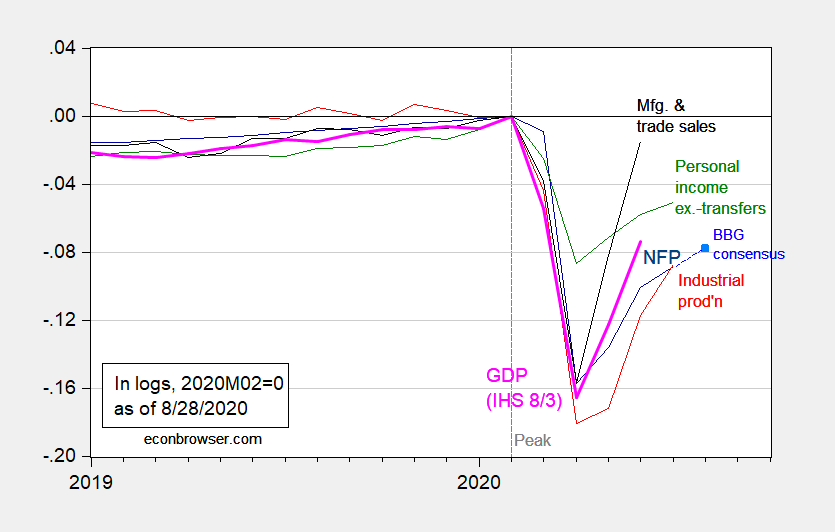 We will get August employment numbers in a week. Manufacturing and trade industry sales rebounded smartly in data going through June.

Income and outlay data were released today. While real disposable income is above pre-COVID-19 levels, it is declining. Consumption, on the other hand, has slowed its ascent, and is some 5% below NBER-defined peak levels. 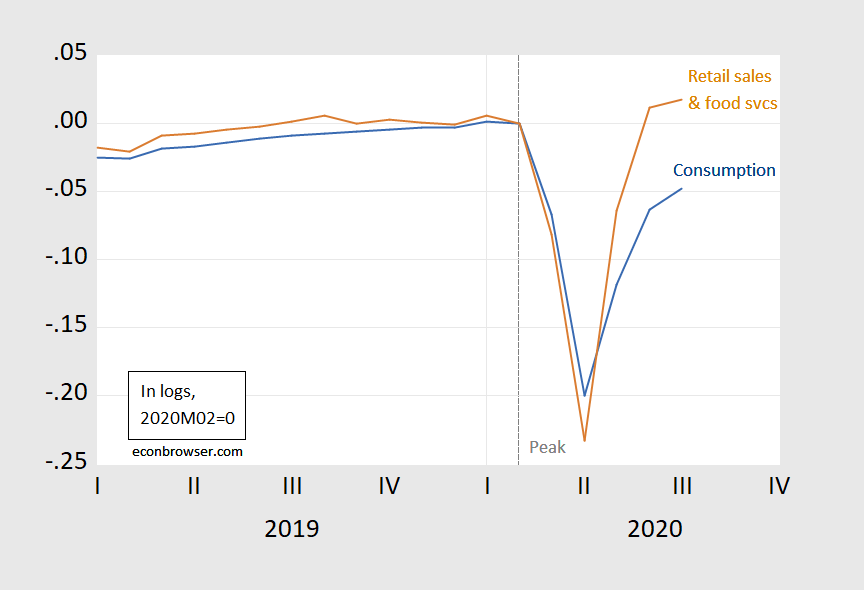 READ ALSO  Tory split on coronavirus has seen off any joined-up strategy
Previous PostKenosha Or Kosovo? Shocking Images Reveal Destruction After Race Riots Leave Buildings In RuinsNext PostHow To Survive When You’re The Target Of An Angry Mob