The Quantum Physics of Finance? 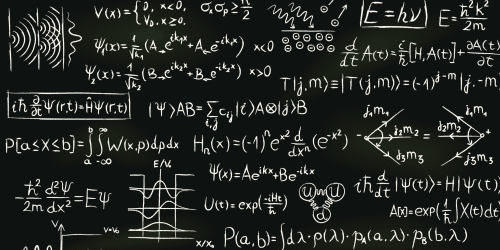 Rafi here. I wrote this article today. Part II Quantum Finance is the relevant part for your audience I think.

Can you see any holes in my logic here? I’d love to hear your comments on this.

Thanks for thinking of me with regard to this.

I have many problems with what you wrote.

First, as far as Brexit, it is very difficult to understand how things will play out.

If there is a hard break, for example, what will this mean for trade between Great Britain and the EU? How will the EU react, with what kind of tariffs, other taxes or barriers, or none at all?

Thus, I would consider it high speculation to buy the UK stock market or the pound on weakness because of a hard break, unless an individual has strong insight into how the EU reaction will play out.  And I doubt many have this insight, if anyone does.

As for part II, it seems to me you are throwing in a bunch of physical science jargon that confuses the situation more than anything else. You are flying in the face of the warnings of F.A. Hayek in his book The Counter-Revolution of Science.

There is no such thing as quantum finance. There is no equivalent of Pauli’s Exclusion Principle in finance. I hasten to add that mathematics can be employed in arbitrage-type trading but that is very different than what you are claiming.

You go on with all kinds of physical references that have no place in the science of human exchange, which includes the subset finance. These concepts which you employ are not helpful: global financial black hole, neutron star levels of financial compression. Perhaps using one of these as a metaphor may work but to use them all suggests, and the way you are using them implies, some kind of physical scientific attributes which don’t exist in the world of finance.

Further, the concept of a “discount on time” makes no sense. But apparently, you think otherwise. You write:

I urge you to read Negative Interest Rate: Toward a Taxonomic Critique by Walter Block. From the abstract:

A basic principle of Austrian economics is that the originary rate of interest (the rate of discount of future goods compared to present, otherwise identical, goods) can never be negative. The reason for this arises not because capital is productive, nor out of man’s psychology. Nevertheless, in spite of the foregoing, there are many benighted souls who insist upon the possibility of a negative rate of originary interest. They are continually discovering cases which “prove” their conclusion. The number of such examples has reached such proportions that it seems advisable to take account of them in a systematic way. Accordingly, this paper is devoted to classifying them in a manner that makes the most intuitive sense: in accordance with the economic errors which are necessarily committed in their very statements.

And as Murray Rothbard writes in Man, Economy and State:

… every man’s time preference is positive, i.e., one ounce of present money will always be preferred to one ounce or less of future money. Therefore, there will never be any question of a zero or negative pure interest rate.

The “negative interest rates” we now see are the processing, storage and protection fees during a period of very low rates. The processing, storage and protection fees are not that different from the monthly maintenance fees we see banks charge on plain vanilla checking accounts, and always have existed even when interest rates, in general, were much higher.

The danger of collapsing paper currencies is very real, but this could happen if the interest rates on US dollar-denominated securities were negative or positive. Further, at some point during a period of a collapsing currency, negative rates would disappear real fast. For example, in Venezuela, where the currency is very weak on foreign exchange markets, the benchmark interest rate is 27.87 percent.

Your paper makes things much more complex and confusing and thereby misses a lot.

A much more succinct and broad-based commentary would go something like this:

Central banks, such as the Federal Reserve, create money out of thin air which distorts the capital-consumption structure of the economy. This results in the boom-bust business cycle. In addition to creating the business cycle, money printing also creates the danger of exploding price inflation. The more money printed the greater the danger including the threat of the collapse of a currency on foreign exchange markets and in terms of gold.