The Next Flashpoint In This Emerging Energy Hub

The Eastern Mediterranean is quickly turning into an energy hub due to the discovery of significant gas resources in recent years.

Egypt, for example, has already started production at its giant Zohr gas field, which transformed North-African state from an importer into an exporter of energy. Israel, for the first time in its history, will become a net exporter instead of importer concerning gas. Also, Cypriot waters have seen their fair share of significant discoveries in recent years. Lebanon, on the other hand, is one of the few countries in the Eastern Mediterranean which hasn’t yet been able to deliver any good news. However, according to some estimates, the area could generate $200 billion in revenues based on 96 trillion cubic feet of gas reserves and 865 million barrels of oil reserves.

Russia has been making significant inroads into the Lebanese energy sector with practically all major Russian companies participating in exploration and construction projects in the energy sector. The military intervention on behalf of Syrian President Assad in the neighbouring country’s civil war provided the Kremlin with a springboard regarding the expansion of Russian activities in the region. It hasn’t gone unnoticed as Washington is trying to counter the Russian advances by using its diplomatic and economic clout which hasn’t been particularly successful.

Secretary of State Mike Pompeo travelled to Lebanon on the 22nd of March where he dedicated some time to transfer Washington’s concerns regarding the growing influence of Russian energy companies. According to some media, he intended to set red lines concerning the participation of ‘unwanted elements’ in the Lebanese energy sector. Despite the U.S. efforts, Lebanese leaders have voiced their continued support for cooperation with Russian energy giants to facilitate the development of their country’s energy sector.

Beirut has already awarded the first contract for offshore drilling to a consortium comprised of Novatek, Eni, and Total. Rosneft is also increasing its activities in the country by agreeing to rehabilitate part of the oil storage terminal in Tripoli, and the company is also competing in the bidding process for an offshore gas terminal. Gazprom, on the other hand, has been active in revitalizing neighbouring Syria’s gas industry. Despite the distinct economic advantage, Moscow is primarily focussed on the bigger picture when it comes to gaining influence in the strategically well-positioned country. The relative retreat of the U.S. from the Middle East allowed Moscow to increase its presence.

Although Washington has significant influence over Lebanese affairs, that clout seems to be waning quickly due to counterproductive American policies. The strong presence of Hezbollah in the Lebanese society and economy creates another hurdle for Western companies willing to invest due to U.S. sanctions. Furthermore, Washington’s support for Israel and President Trump’s decision to move the U.S. embassy to Jerusalem, as a favour of the Jewish lobby, hasn’t had a positive effect on America’s image in the region. The longer U.S. companies aren’t involved in the Lebanese energy sector, the less influence Washington has over future developments. Related: Rosneft Sees No Oil Deficit Looming As Iran Sanction Waivers End

Lebanon’s difficult relations with neighbouring Israel aren’t limited to religious and ideological areas only. Also, in the energy domain, the countries are at odds with each other due to a dispute in maritime border demarcation. The states have an overlapping claim concerning a hydrocarbon-rich area in the Eastern Mediterranean. Although Washington has tried to mediate between the Middle Eastern countries, the Lebanese leadership is critical towards the Americans as they perceive them biased towards Israel. 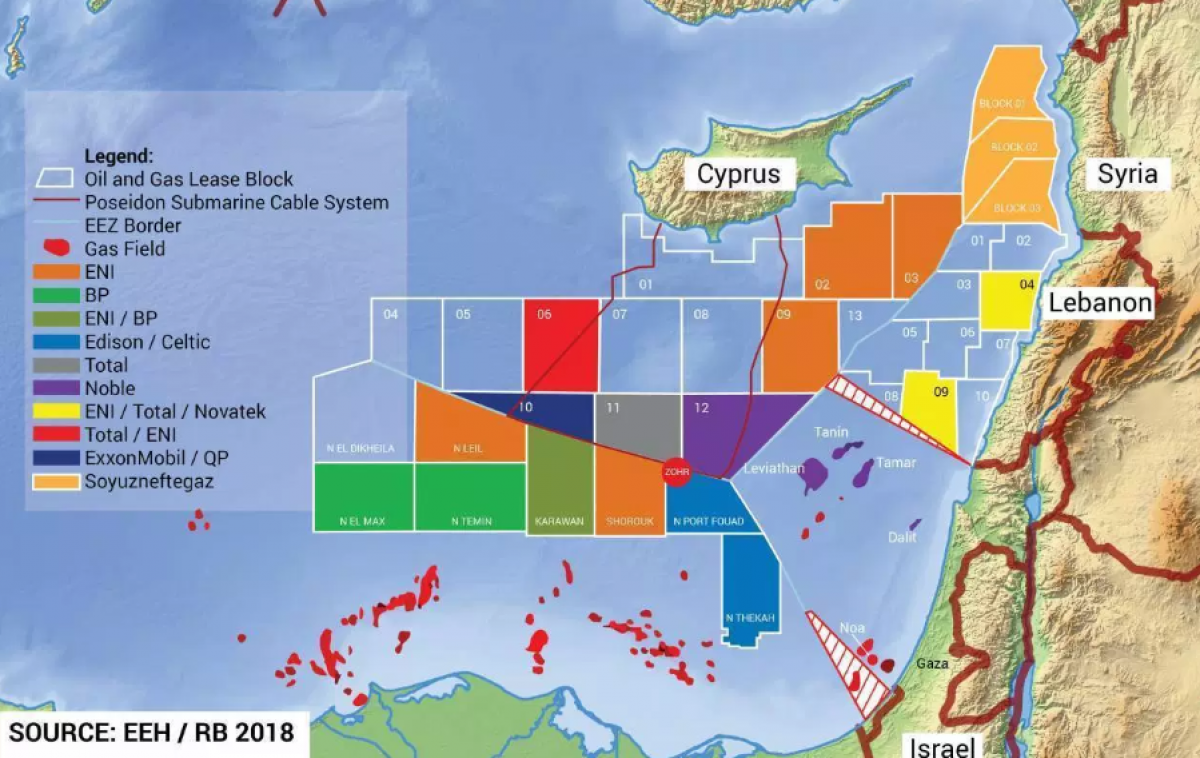 Moscow, on the other hand, has chosen an approach into making strategic inroads which combines security, diplomacy, and energy. President Michel Aoun’s visit to Moscow is a testimony of good relations and high stakes. A sign that Moscow’s Middle East strategy is working is the rehabilitation of a long-disused oil pipeline connecting the Lebanese port city of Tripoli with oilfields in Iraqi Kurdistan through Syria. This wouldn’t have been possible if the Kremlin hadn’t cultivated its military, diplomatic and economic presence in the concerning countries where Moscow has invested significantly over the years.