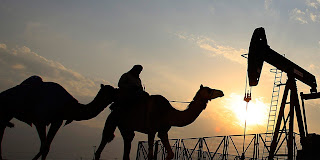 Among the conventional weapons in the arsenal of the modern Warfare State, none is crueler or more indiscriminate than economic sanctions. While a bomb, missile, or other military ordnance can devastate an entire neighborhood in a moment, the slow death of economic strangulation can so degrade an entire people that they are reduced to a pre-civilizational state, modern savages living at a subsistence level.

This psychological and spiritual degeneration is nothing less than a war crime, a “crime against humanity.” In our century, the U.S. has instigated and led, often alone, the practice of starving foreign nations.

Raimondo, of course, was correct. Current day sanctions are a modern day version of the centuries-old sieges of cities.

A siege is a prolonged military assault and blockade on a city or fortress with the intent of conquering by force or attrition.

At present, the United States has various degrees of sanctions in place against North Korea, Venezuela, Iran, Russia, Cuba, Syria, Somalia and Zimbabwe. It muscles other countries to recognize these sanctions but, yet, none of the countries under siege, small or large, bend to the will of the United States.

It is an extremely crude and evil method of coercion of people.

Here is Secretary of State Madeline Albright during the Bill Clinton presidency defending sanctions against Iraq that had killed 500,000 children:

Thus, it is just horrifying to hear Vice-President Pence announce on Sunday that the Trump administration is going to intensify sanctions against Iran. In the first minute of the below clip, Pence hails that the Iranian economy is crumbling because of US efforts. Remarkably, in the same clip Pence goes on to say that Trump supports the Iranian people.

Nothing unifies people like an outside attack. Pence, if he thinks otherwise, is once again demonstrating that his cerebral abilities most often resemble that of the ass of a Borneo elephant.

Increasing sanctions, an act of war, will only result in calculated escalation by Iran. They will want to create enough pain to make it clear to Trump, going into the 2020 US presidential election, that the only option for him is to end the sanctions.

The targets in the Middle East are too numerous to mention. If Iran desires, the attacks can be executed by proxies which give Iran deniability.

One has to think that oil operations in the Middle East including transport through the Strait of Hormuz could be targets. Indeed, there appears to be little doubt that if Iran chooses it can do severe damage to Middle East oil supplies, potentially pushing oil well over $100 per barrel (It currently trades around $60 per barrel).

Trump may not understand the risk.

As I wrote recently in the EPJ Daily Alert:

It should be noted that President Trump does not seem concerned about a Middle East escalation pushing oil prices higher. He has a confused take on that which might make him more willing to launch an attack.
Speaking to TIME Magazine, Trump argued that the Gulf of Oman is less strategically important for the United States now than it used to be, citing China and Japan as nations that still rely on the region for significant proportions of their oil. “Other places get such vast amounts of oil there,” Trump said. “We get very little. We have made tremendous progress in the last two and a half years in energy. And when the pipelines get built, we’re now an exporter of energy. So we’re not in the position that we used to be in in the Middle East where … some people would say we were there for the oil.”

Well, someone is misinforming the president about the situation.

As can be seen from the chart below US oil (West Texas Intermediate) and European oil (Brent) move completely in sync and have for decades. If a disturbance in oil flows from the Middle East to disrupt oil to Japan, say, it doesn’t mean that Japan stops buying oil it means it bids up oil from other global locations.

Step one for Iran won’t be shutting down the Strait of Hormuz but escalating steps in that direction. Then, of course, there are operators like Saudi Arabia, Israel and US neocons who would love to see the US get involved in a hot war with Iran. It can not be ruled out that one of them would launch a false flag operation that fingers Iran.

And Trump’s stable genius plan? To increase sanctions that make for the potential that Middle East tensions escalate even more.

READ ALSO  Taibbi: How Much Did "The Culture Of Narcissism" Get Right?
Previous PostU.S. arms makers see booming European demand as threats multiplyNext PostErdogan’s failure in Istanbul amplified by echoes of the past