The death of the business trip?

In a good year, The Standard hotel in New York’s meatpacking district would make $100m in revenue and at least half of that would come from business travellers.

Members of the city-hopping creative classes were drawn by its location near Google’s offices, its views and a rooftop nightclub with “a swimming pool people jumped in when drunk”, recalled Amar Lalvani, who runs The Standard’s parent company.

“That’s not happening now,” he said. The Standard is about half full again most weekends as cooped-up New Yorkers splurge on staycations, but on weekdays when a corporate crowd would usually fill its hipster-friendly bars, occupancy is only 10-20 per cent. Mr Lalvani does not expect that to change soon.

“When we talk to corporate clients, they think their 2021 budgets are probably going to be 50 per cent of what they were,” he said, adding that he does not see corporate demand recovering “for multiple years”.

The business trip, a staple of executive life since the dawn of the jet age, has become a rarity in the past six months. And even as other economic activity flickers back to life, business travel has not, raising concerns among hoteliers, airline executives and conference organisers that travel budgets may not fully rebound even after the worst of the pandemic has passed.

I know that many people believe business traffic will be slow to recover, and I don’t necessarily disagree but, frankly, I also think people are tired of Zoom

The threats to business travel have multiplied as the year has gone on. As Covid-19 cases began spreading this spring, many employers grounded staff for health reasons. Soon after, those who saw their revenues hit by lockdowns realised that travel budgets could be cut less painfully than headcount. Then as former frequent flyers adapted to working from home, their bosses hailed the productivity benefits of video conferencing tools.

“When I talk to other CFOs, they say, boy, Jeff, I don’t know that my travel budget ever snaps back to where it was,” Jeffrey Campbell, chief financial officer of American Express, remarked at a conference last week.

Now, as more companies unveil “net zero” pledges to reduce their emissions, another factor has entered the equation: reining in business class flights is a fast way of shrinking corporate carbon footprints.

Deloitte and PwC, two consultancies which have long relied on flying their people to wherever clients needed them to be, joined the list last week, saying that sustained reductions in travel would be central to meeting their net zero goals.

Those forces are combining to create “a tectonic movement” for a $1.4tn slice of the global economy stretching from car rental firms to flight booking platforms, says Rafat Ali, founder of Skift, a travel industry news and data site. The pressures are not expected to ease soon.

Robert Isom, president of American Airlines, told investors this month that its business traffic was “off 95 per cent or more”, while American Express Global Business Travel’s vice-president of public affairs, Martin Ferguson, said that transactions on its platform remained 85 per cent below normal levels.

The impact on profits of losing such high-margin customers could be even greater. McKinsey estimates that business flyers typically account for as few as one in 10 airline passengers but bring in up to three-quarters of airlines’ profits.

Expectations of a rapid rebound are also ebbing. Dave Hilfman, interim executive director of the Global Business Travel Association (GBTA), told the Financial Times that its September survey showed much the same as its August poll: 92 per cent of companies are still restricting international travel and about 70 per cent have suspended domestic travel.

“Until there’s a sense that there’s been a material change in guaranteeing [employees’] safety,” like a vaccine, Mr Hilfman said, “business travel is still going to be facing a reduction in demand.”

The result, Mr Ali said, is widespread pain. US airlines have said they will make permanent lay-offs when Washington’s payroll support expires at the end of the month; Las Vegas has not hosted a convention in months; and the pandemic has exacerbated the “pre-existing conditions” of indebted car rental companies such as Hertz, which filed for bankruptcy protection in May.

“The travel managers we’ve spoken to are saying a [permanent] 10-15 per cent loss of corporate travel is possible,” Mr Ali said.

Citigroup analysts are more bearish, forecasting a lasting 25 per cent hit, and even some executives who had predicted a recovery along the lines of those seen after the September 11 attacks of 2001, the Sars outbreak and the global financial crisis of 2008-9 have become more pessimistic.

Others disagree, saying that clients are finding it harder with every passing month to maintain productivity while working remotely and nothing beats doing business face-to-face.

“I know that many people believe business traffic will be slow to recover, and I don’t necessarily disagree but, frankly, I also think people are tired of Zoom,” Helane Becker, a Cowen analyst, wrote earlier this month.

“Business travel is irreplaceable and anybody who tells you otherwise hasn’t been on a business trip,” says GBTA’s Mr Hilfman.

But the prospect of having to wait years before their most loyal loyalty card holders return is forcing businesses that usually depend on road warriors to rethink their business models.

Hotel chains such as CitizenM and Accor have begun marketing their rooms as temporary workspaces for those whose homes are less than ideal for remote work.

“You have all the facilities, you’re not in a tiny apartment and you don’t have kids and family around,” said Gaurav Bhushan, chief development officer at Accor, which owns the Sofitel and Ibis brands.

We had to change the whole model

One hurdle is that customers will need to overcome “the embarrassment of checking into a hotel for two hours in the afternoon”, said Simon Stenning, an independent adviser to the hospitality industry.

As a freelancer, Mr Stenning often works from The Standard’s outlet in London’s King’s Cross, and sees hotels being able to offer quiet spaces that coffee shops cannot. “You try doing a video call from a Loungers”, the café/bar chain, he said.

Hotels are also wooing commuters who may be anxious about using crowded trains each day. Yotel, which operates low-priced city centre and airport hotels, is offering a £30 nightly “commuter rate” in London, and The Standard is offering customers from New York’s suburbs the chance to stay during the week and leave their belongings over the weekend.

The Standard is also offering a discounted change of scene to people whose employers have announced that they will be working remotely until next year.

“If you’re a Google employee who’s not going back to [the] office till 2021, how about staying at the Standard in Miami for a month for $150 a month? That sounds pretty good,” Mr Lalvani pitched. 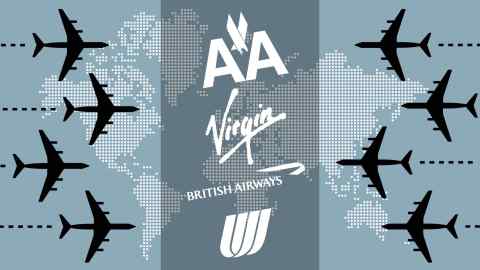 Such low rates may fill empty rooms, but they are unlikely to deliver the profit margins business guests once offered, however.

A decline in business trips may create opportunities for consolidation across the travel industry, Mr Lalvani predicted, but it has forced him to plan for an extended period with fewer corporate guests.

The Standard’s East Village location has turned its penthouse events venue overlooking the city into a space with Peloton bikes and yoga classes to appeal to leisure travellers, he said. “We had to change the whole model.”