Home Financial news The Dangerous Elizabeth Warren and How She Misleads About the Wealth Tax
2019-10-292019-10-29By finanz.dk 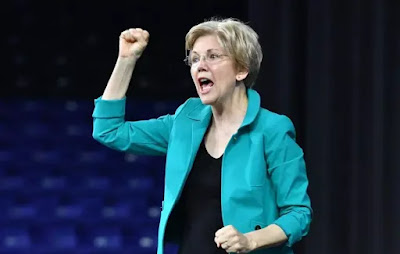 Presidential candidate Elizabeth Warren tends to mislead when she is on the campaign trail.

During the October Democratic debate, a number of the other presidential candidates pushed her to reveal whether her government healthcare for all plan would result in higher taxes for the middle class. She danced around the question and didn’t answer it, even though Bernie Sanders, whose plan is similar to hers, has been open about the fact that it would result in middle-class taxes going up.

What is wrong with her, why won’t she lay out the facts of her own proposals?

She is even worse when it comes to her wealth tax proposal. She misleads and claims it is only a tax of pennies.

It’s Elizabeth Warren’s catchy code for how little she’s asking of the rich: The Massachusetts senator said “two cents” no fewer than 16 times Tuesday night in pitching her wealth tax to a crowd of cheering Texans.

Warren’s message was that the superwealthy, those worth more than $50 million, would pay just pennies on the dollar — a 2 percent annual tax on assets — to fund the vast array of social programs she’s proposing, from universal child care to free college tuition. At her prompting, crowds recently have held up two fingers and chanted, “Two cents!” to express their support for the tax, and the programs it would pay for.

This is misleading in many ways. First, it is only 2 cents on the first $100 of the wealth of the wealthy that would be taxed. It is actually a tax of 2% on the total wealth AND, as the Washington Post notes, it is an annual tax.

READ ALSO  Why Does Sleepy Joe Think We Need Another $850 Billion of Transfer Payments?

This means that after 10 years, the tax would amount to roughly 20% of the wealth of a person that is taxed away. That would be far from 2 cents.

It would be a remarkable destruction of capital in America which would result in a major noticeable decline in the standard of living for all of us.

I repeat Elizabeth Warren is a very dangerous presidential candidate who is very power-hungry and is free-wheeling in the way she misleads the masses.