The Current State of Lefty Destruction of the San Francisco Economy

Home Financial news The Current State of Lefty Destruction of the San Francisco Economy
2019-09-252019-09-25By finanz.dk 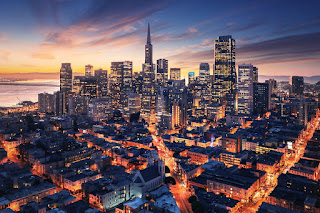 The number of attacks on the business sector in San Francisco, from capitalist-haters, progress-haters, change-haters and various other lefties, is just stunning.

Every issue of the San Francisco Business Times is filled with story after story of businessmen battling ever more aggressive anti-free market laws and regulations.

The below stories all come from just one issue of SFBT, the September 20, 2019 issue.

The number of restaurant closings and openings used to be about equal in the foggy city but, in recent years, the former have outpaced the latter by nearly 10 percent, according to Yelp. And the Golden Gate Restaurant Association says things are only going to get worse.

Since 2012, San Francisco restaurants have faced a double-punch in terms of rising operating costs. GGRA Policy Chair and local restaurant owner Laurie Thomas said that over the past seven years, payroll costs have skyrocketed by 52 percent because of minimum wage laws and health care spending has jumped 37 percent.

“Combined, the costs make it much harder,” she said of staying in the black. Restaurants have struggled to deal with the increases because of their inability to raise prices without driving away customers, Thomas added. “Restaurants can’t just raise prices to mitigate costs, and God forbid we see any sort of economic downturn. We’re all very concerned about the viability of our industry.”

While those are the issues facing existing restaurants, for ones that are simply trying to open their doors, it’s a whole other animal.

District 1 Supervisor Sandra Lee Fewer, who represents the Richmond District, said she’s spoken to operators who have had to wait more than a year to make it through the city’s permitting process — all while paying rent on space they have yet to fill.

And the Jack Dorsey operation, Square, is moving across the bay to Oakland partly because of the tax situation in San Francisco.

Square’s classification as a financial services company also means the company’s gross receipts globally are subject to the tax.

Meanwhile, there are lefties who think it is 1967 in San Francisco and everyone is still wearing flowers in their hair.

SFBT also explains this one:

Next month, permission for a fresh wave of office space will hit San Francisco — but even as developers compete to grab it, they face a looming possibility that the city’s squeeze on new offices could get even tighter.

It’s the latest chapter in the decades-old fight over Proposition M, the 1986 voter-approved measure that limits the total of large office developments to just 875,000 square feet each year.

The cap remains one of the development community’s sorest subjects  — and John Elberling, executive director of SoMa neighborhood group Todco, wants to clamp down further with another ballot measure, the “Balanced Development Act,” that he says will help address the city’s jobs-housing imbalance.

The March 2020 measure would link Prop M allocations to affordable housing production. In years when the city’s affordable housing production fell below a rate that would meet its Regional Housing Needs Allocation (RHNA) goals, the space available in the large office cap would be reduced by the same percentage. Most years, the city falls short of those assigned targets by a significant margin, meaning most years the cap would be substantially reduced from 875,000 square feet.

Its supporters — including community organizer Douglas Engemann, who chaired the original Prop. M campaign — feel that the 1986 measure didn’t go far enough to stop growth in the first place. San Francisco’s commercial development has outstripped housing and transportation infrastructure faster than any of the original organizers could have imagined, Engemann said.

“Now you’ve got Google and many other well-established Fortune 500 companies that are willing to spend an enormous amount of money on leasing space five, 10 years out,” Engemann said. “That’s created an insatiable demand for office space, which has caused office developers to rush in and try to take advantage of it.”

But business leaders see it differently, arguing that Prop M has never really been about balancing growth. Instead, the limit on commercial space stems from an outdated desire to see San Francisco unchanged from how it was in the 1960s, said Jim Wunderman, CEO of the business association Bay Area Council.

This latest attempt is nothing more than a “very cute” way to keep that hope alive, he said.

“There’s been a huge amount of effort going towards curbing downtown development and making sure San Francisco remained less of a headquarters town and more of a second-tier business city,” Wunderman said.

The effect, Wunderman and others argue, is a constant uncertainty among younger business owners — and their investors — as to whether they can grow apace in San Francisco.

This is about making San Francisco into your grandmother’s outdated living room with a rotary telephone and all.

They would like to turn San Francisco into an old Steve McQueen movie: 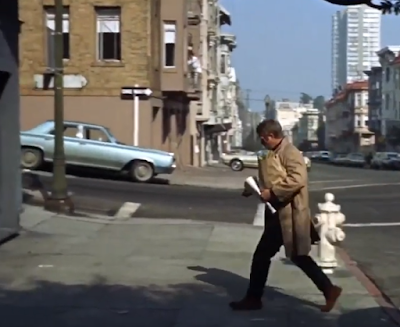 In other words, this is really about Prop. M supporters using the muscle of government to prevent others from developing their own properties. Why exactly should Prop. M people have any say in what another person wants to do with his own property?

And if Prop. M people were really concerned about the housing situation, shouldn’t they be protesting the myriad regulations which make it so difficult to build housing in the city rather than trying to turn SF into the old East Germany?

And then comes news in SFBT that the shorts and beachwear maker Chubbies is closing its San Francisco retail location and moving its headquarters to Austin, TX.

“We decided it was best to move the company to a city that was very entrepreneurial, business friendly and that employees would really like,” Chubbies co-founder Kyle Hency told SFBT.

The state of California is not helping matters either with its new regulations on the gig economy.

Gov. Gavin Newsom has signed Assembly Bill 5 into law, which radically changes the state’s employment laws and in many cases will make employees out of independent contractors…

“Assembly Bill 5 is landmark legislation for workers and our economy. It will help reduce worker misclassification — workers being wrongly classified as ‘independent contractors,’ rather than employees, which erodes basic worker protections like the minimum wage, paid sick days and health insurance benefits,” Newsom said in his signing statement…

Companies that rely on contract workers could see costs rise by 15 percent to 30 percent and potentially their revenue drop as they reduce the number of contractors used as a means to cut costs, according to analysts.

“In a worst-case scenario, Uber’s operating costs could increase $400 million to $500 million annually under AB5,” said Daniel Ives, managing director of equity research at Wedbush Securities. “As for its revenue reduction, that’s a little murkier. It definitely throws a wrench into their business model and is a potential game-changer for the whole gig economy industry.”

Of course, what this will mean is that costs in the gig sector will be going up, making it unaffordable for some to use the services and thus less demand for workers in the sector.

READ ALSO  Buy on a pullback because record highs are coming: Trader

Less who can use the services and less workers employed in the sector.

There are a lot of powerful entrepreneurs in the city and it is a battle between them and the lefties, though some entrepreneurs are lefty when it doesn’t impact their business. Because of the powerful entrepreneurs, there are still some loopholes that allow businesses to bloom in some instances but what is being destroyed is the potential for San Francisco to be the greatest city in the world.

It has that potential but the lefties will never let that happen. Not to mention the lefty madness that keeps the Tenderloin a third world pit on land that could be some of the most valuable land in the world.