The Coronavirus Pandemic Could Be The End Of The Middle Class 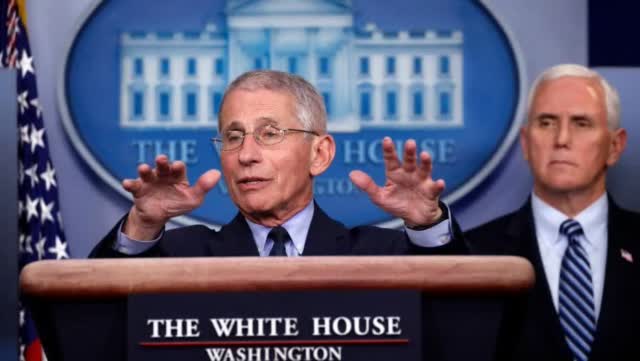 The Dow breaks below 12,000 as former icons of American business file for bankruptcy, one after another. Boeing. Ford. American Airlines.

Dr. Anthony Fauci appears on TV saying July will be the critical month for social distancing. The national unemployment rate cracks 25 percent. Investigative reporters shame people who go out to shops in lesser hit areas of the country, while observers point out that they’re criticizing the foundation of the American economy.

Banks are prevented from paying dividends to their shareholders in the US and Western Europe and instead are directed to use the money for government-sponsored loan programs to failing businesses. Core industries such as airlines and automakers are nationalized. Crime rates triple in major US cities. Riots ensue in New York, New Orleans, and Los Angeles over unequal access to medical care.

Congress passes another stimulus bill guaranteeing the income of those making under $50,000 per year and forgiving business debt for the wealthy, quelling some of the discontent swirling, but not all. The cultural middle class–families making between $50,000 and $200,000 per year–see the hardest hit from the combination of liabilities forgiven or income guaranteed for others above and below them in the social strata. Congress denies redistributing wealth in spite of the mountain of evidence to the contrary.

This doesn’t have to be the future of America.

There are two schools of thought to public policy regarding pandemics. The first school of thought is mitigation, and the second is suppression. Mitigation is where you close bars and nightclubs, ban large gatherings, etc. This approach is most notably being taken in Sweden at the moment, a country that never really follows the US lead to begin with. New York successfully took a mitigation approach in 1918 during a much worse pandemic. Suppression is seen most acutely in China, where basically the entire city of Wuhan was not allowed to leave their homes. The problem with suppression is that by suppressing the disease, you choke the economy. The decision to do this depends on the severity of the illness. What would be appropriate for an Ebola outbreak is not necessarily appropriate for seasonal flu. The coronavirus is somewhere in the middle. In the United States, instead of dealing with one crisis, now we’re dealing with two, the second crisis being the worst recession since the 1930s. Certain areas, such as New York City, have little choice but to implement a suppression policy at the moment. However, the continued existence of the middle class in America requires that local governments make some sort of trade-off between accepting a greater number of cases and keeping the economy closed.

We know that coronavirus kills more than the seasonal flu does. However, we don’t know just how deadly the virus is, because we only observe a fraction of the coronavirus cases through our healthcare surveillance system. The lack of testing makes public health choices extremely difficult. Our society makes a trade-off with seasonal flu (with an approximate death rate of 0.1 percent and a similar demographic curve to the coronavirus) to not close the economy. The reported case fatality rate of the coronavirus so far varies but is around 2-3 percent, but due to the massive number of underreported infections, the infection fatality rate could easily be 0.3 percent or lower.

Estimates are falling for the infection-fatality rate, which is now estimated at around 0.6 percent and likely to fall further if data continues to point to asymptomatic cases. The closest thing we have to a closed experiment on an infected population where we can test everyone is the Diamond Princess cruise ship, which saw 10 people out of 712 infected die from the coronavirus (maybe the number has ticked up since). Anecdotally, cruise ships tend to have an older demographic than the general population, so this may support a death rate that is far lower than the mainstream media is reporting. The best case study for the current virus is the 1957 flu pandemic, which had a final case fatality rate of between 0.2 percent and 0.6 percent, depending on where you look. The difference in 1957 was that the government policy at the time didn’t pile a massive recession on top of a flu pandemic, and we had a few months extra to prepare a vaccine before getting dunked with cases. Treating an influenza-like pandemic like it’s an Ebola outbreak may hurt more than it helps. No one knows for sure, but one widely circulated corollary is that for each 1 percent rise in unemployment, roughly 40,000 people die early.

We won’t know for sure whether history will judge our current time as the greatest media-fueled panic in history, or will praise the early action of local governments for instituting shelter in place polices. For the record, I agree with the current shelter in place policies in most states to buy time for the healthcare system to respond, but the policies must end sooner rather than later. We do know that governments around the world were woefully unprepared for any kind of pandemic. Government policy at first was a dramatic underreaction, followed by extreme countermeasures after it was too late to easily control the virus.

The mainstream media, on the other hand, has repeatedly circulated misinformation on the virus. First, they said not to wear masks, because of a tweet by the US Surgeon General, even in high-risk situations like taking public transportation in areas of known spread like New York. CNN, Fox News, and others circulated rumors of shortages, causing a run on everything from toilet paper to US dollars. Some of the contradictions are unsettling–like the claims of an equal or higher death rate than the 1918 flu but millions of asymptomatic cases spreading the virus. Or flu masks magically protecting healthcare workers but not ordinary people such as subway commuters, as if the virus cares what your occupation is.

Where do we go from here?

If you have money in the markets, it’s difficult for me to tell you what to do because so much of your optimal strategy depends on the rest of your life. If your job is secure and you don’t have a lot of debt, you can afford to rebalance bonds into stocks. If you’re leveraged to the hilt or likely to lose your job, then you have fewer options. On one hand, I’m modeling roughly 10.5-11 percent annual returns to stocks from these levels, assuming the government doesn’t keep the economy shut down forever. On the other hand, my volatility targeting models for the futures market are recommending keeping roughly 50 percent in cash with the idea of not taking the risk now and using leverage in future years to make it up. Both approaches are reasonable. Value investing is a playable strategy also if you can have a reasonable forecast of whether your companies will stay in business or not.

If you’re an investor, the key thing to watch is the VIX, or volatility index, which measures the mathematical level of uncertainty of stock prices, as measured by the prices of options. If investors can hang on and keep enough cash flowing in to pay their bills, the markets are pricing 10-11 percent returns in excess of cash. However, for this to be an attractive risk/reward proposition, you really need the VIX to again fall below 30. That’s when it’ll be safe to redeploy capital in earnest into the broad stock indices, given the current valuations for stocks. The best course of action for us as investors (as well as human beings) is to be cautious and patient as the economic situation slowly settles.

As we gather more data on the coronavirus, a possible blunder for the government would be to artificially prolong the crisis for political gain. If antibody data shows that millions of mild cases are being missed by the healthcare system and the virus isn’t an order of magnitude worse than the seasonal flu, then it will be difficult for the government to save face and immediately reopen the economy. The nature of panic means that if everyone else is buying toilet paper, you have to also or you’ll run out, and if you’re a governor, you have to shut down your state if others do or face political risk that far exceeds the underlying public health calculus. The 1918 flu was infamous for so-called cytokine storms, where the body’s own immune system contributes to mortality. History may judge the government reaction in the West as a macroeconomic cytokine storm.

Unfortunately, the biggest loser from all of this is the American middle class. Sticky wage theory holds that jobs tend to be eliminated much faster than they’re added back, keeping salaries low for years. Middle-class Americans are more likely to have to dip into retirement savings to weather the storm, less likely to be helped by government stimulus than those poorer or wealthier, and far less likely to benefit from restructuring debt the way that owners of property or businesses are. Additionally, the middle-class virtue of saving will be mercilessly punished by years more of quantitative easing and zero interest rate policy. The pandemic will no doubt cost more lives than past seasonal flu outbreaks, but the social problems created by the initial response will last a decade or longer. With the US unemployment rate rising by 1-2 points per week, the clock is ticking. If they can make it through to the other side, investors are likely to make back the losses of the past six weeks. The trouble, for many families, is ensuring that they can hang on long enough to get there.