The Coal Industry Continues To Collapse

The coal industry continues its slow collapse amidst the coronavirus. The industry has already been facing mounting obstacles in recent years. The global pandemic will only accelerate the downward spiral of the struggling industry. Slowing demand as a result of an economic downturn and reduced mine hours is taking a toll on the coal industry.

While most signs already point to coal’s eventual collapse, the coronavirus is accelerating this trend. Major coal companies like Alliance Resource Partners (ARLP), CONSOL Energy (CEIX), and Peabody Energy (BTU) have continued to plummet in valuation over the past few months. In fact, Peabody Energy was recently downgraded to junk by Moody’s.

It is hard to see any trends favoring the coal industry at this point. The industry still appeared to be on an inevitable downward spiral, even in the absence of a global pandemic. At this point, it is almost undeniable that technological trends are starting to favor renewable technologies like solar. Moreover, global environmental standards are growing increasingly strict, to the detriment of fossil fuels like coal.

Major coal companies like Alliance Resource Partners, CONSOL Energy, and Peabody Energy continue to see their valuations plummet. The coronavirus has only accelerated this trend.

The Transition Towards Renewables

For a long time, there had been heated debate about the long-term viability of renewable energy technologies. It appears increasingly clear that renewables will likely play a large, if not dominant, role in energy generation moving forward. Solar PV, in particular, shows a great deal of promise given the continual technological advancements being made in the industry.

READ ALSO  'It's Out Of Control' - Brazil Joins US As Only Countries With More Than Half A Million COVID-19 Cases: Live Updates

Solar PV adoption continues to advance at an exponential rate as a result of continual technological innovations. While solar PV still accounts for a small percentage of overall energy generation, adoption of solar PV is roughly doubling every two years. The growth of solar will likely continue to eat into the coal industry’s market share. In fact, two-thirds of new US generating capacity is expected to come from renewables in 2020, with much of it coming from solar PV.

None of this is good news for coal companies. The industry has already seen numerous collapses of major coal giants over the past decade. Now that renewables are gaining steam in a meaningful way, this trend will likely only accelerate. Even technology giants like Tesla (TSLA) are starting to invest heavily in renewables like solar. At this point, the transition towards renewables is well underway.

Solar PV adoption has been growing exponentially for decades. This technology is now starting to pose a real threat to traditional fossil fuels like coal.

Despite President Trump’s efforts to revitalize the coal industry, coal companies continue to face bankruptcy. In fact, there have been at least 11 coal companies that have filed for bankruptcy since Trump assumed office. This is incredibly bad news for coal considering the fact that even support from the President is doing little to no good in revitalizing the industry.

Even Murray Energy, which was once the largest private coal company in the US, recently declared bankruptcy. What’s more, global environmental regulations only appear to be getting stricter with every passing year. With a growing body of evidence pointing to the negative health and environmental impacts of fossil fuels, governments are starting to enact tighter emission standards.

This trend will continue to impact the coal industry disproportionately. Coal is considered dirty even among other fossil fuels, which makes it especially sensitive to environmental standards. Even efforts to make coal cleaner appear to be falling short. At this point, implementing carbon capture and storage technologies to make coal cleaner is far less cost-effective than just investing in emerging clean technologies.

Even clean coal technologies will not stop the industry’s decline. 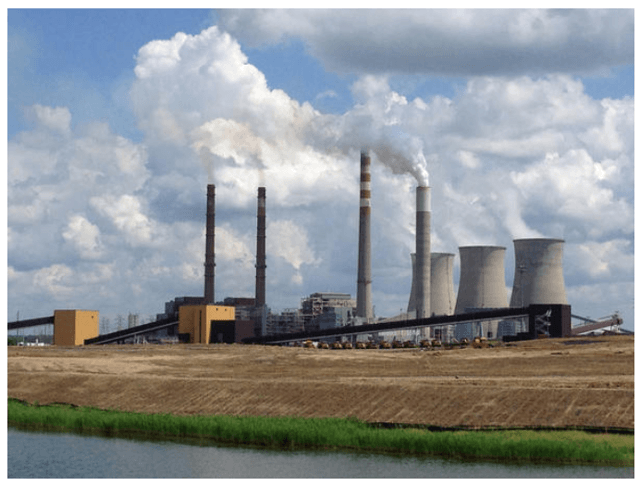 Coal giants like Alliance Resource Partners and CONSOL Energy have enormous hurdles in front of them. Unfortunately for these companies, coal will likely continue to lose influence in the energy industry. With the rise of cheap natural gas and increasingly cost-effective renewable technologies, coal generation will likely continue to decline. In fact, US coal generation decreased 35% Y/Y in January. The coronavirus will only accelerate the collapse of the coal industry.

Energy investors should instead look towards renewable industries like solar. While the solar industry is plagued with its own problems, such as low margins and volatility, there are many solid solar companies, like SolarEdge (SEDG) and Enphase (ENPH). The coal industry is clearly standing on its last legs, and there are little to no indications that the industry will recover.

READ ALSO  Coronavirus Roundtable - Work From Home Plays, But Not The Obvious Ones (Video) (NASDAQ:MU)