Home Financial news The Center for Disease Control Has Just Changed the Eviction Terms on All Apartment Rental Leases in the United States (It will benefit the big players)
2020-09-032020-09-03By finanz.dk 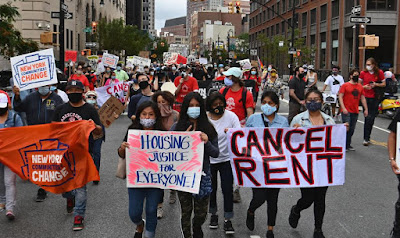 The Centers for Disease Control and Prevention, operating under the US Department of Health and Human Services, has asserted jurisdiction over private residential leases nationwide. It intends to curtail evictions until at least the end of the year, and in fact its new directive threatens federal criminal penalties against landlords who ignore tenant “declarations” made using CDC forms.

As Jeff Deist put it, “This is astonishing, even by 2020 standards.”

Salim Furth, a senior research fellow at the Mercatus Center at George Mason University, notes that landlords don’t want vacancies so they’ve largely been working things out with tenants during the first few months of the pandemic.

But now we have the heavy hand of government setting the rules.

Who the hell is going to want to be a landlord in this kind of environment?

The fallout from suspending rental contracts will be deep and long lasting. Many landlords will find their situations untenable and stop making mortgage and property tax payments. New rental housing stock will be depressed, as owners worry about the next suspension of rent payments now that the precedent has been set. After all, why wouldn’t moratoriums happen again when the next pandemic or financial crisis hits? Rental housing units will drop in price as more landlords abandon the business—setting the stage for commercial and private equity buyers to grab units on the cheap from individuals and small owners. Ultimately, foreclosures, evictions, and tax sales will happen no matter what the federal government does. The likely outcome is bigger players owning more and more of the rental housing stock, consolidating the permanent renter class and adding to the rootlessness many Americans feel. Even the most modest home ownership creates skin in the game and encourages better neighborhoods, while areas dominated by rentals lack the same incentives for improvement. And the new owners of rental units will pass all the uncertainty, risks, and potential losses on to millions of Americans in the form of higher rents.

And you guessed it, the blunt instrument of government edicts will result in other madness.

No matter what they do, there is nothing we can do. The police can’t help us. The courts won’t help us, and the New York State government won’t help us. We had somebody in the building that invited another person to live with him and was not on the lease. She began- I think she uses substances or has mental health issues – she began smearing feces all over the walls in common areas. The other residents were appalled. I have moms that scared to be on the property because the next-door neighbor can’t be evicted.

And to Deist’s point about apartments falling into the hands of bigger operators, Bloomberg reports:

Daniel Kattan, co-founder and managing partner of PIA Residential, a private equity real estate firm based in Miami, says that corporate landlords are not likely to suffer under the moratorium, because institutional investors are better equipped to weather a short-term downturn…“In the long term, this eviction moratorium will, unfortunately, create a lot of distressed properties for landlords that cannot pay their mortgages,” Kattan says. “For us, it will be an opportunity to buy more.”

The CDC regulation calls for landlords who violate the ban to be subject to penalties ranging from $100,000 to $500,000 in fines and one year in jail.

“Housing advocates” are planning to guide renters in filling out the CDC forms that will help them certify that they’ve lost income or suffered extraordinary medical expenses and that eviction would put them on streets.

READ ALSO  U.S. airlines strap in for bailout suspense a day before furloughs

“Quite frankly, I fear that this eviction moratorium is nothing more than a political attempt by the president to shore up a few more votes come November,” says Craig Gambardella, a partner at Kucker Marino Winiarsky & Bittens, a New York real estate practice.

Even during the most turbulent periods in American history, including the Great Depression, World War II, and an 1880s tuberculosis outbreak which killed one in seven people, virtually no one expected the federal government to suspend rent. This action by the CDC, in response to a very manageable and retreating cold virus, is the kind of quietly unprecedented development we’ve come to expect this year. This is a watershed moment for the US: when you destroy trust in contract enforcement you create terrible ripple effects throughout society. Something this radical should not be rushed into place with such little forethought, especially when it amounts to buying votes in a national election. But of course in a managerial state we should expect just this type of shortsighted political consideration to prevail over good sense and justice.

The CDC wants to effectively vitiate contracts: when you tell one party that it need not perform and the other that it cannot sue for nonperformance, you radically alter the bargaining power of those parties. The contract they signed becomes nothing more than an aspirational document, a legislative (or administrative!) tool to be rewritten at the will of politicians. The effects of this moratorium undoubtedly will spill over in unforeseen ways as Americans get used to the idea that their financial obligations can be erased by state edict. The tremendous costs will be borne by all of us, because when contracts are not enforceable every transaction must account for much higher risks.

Government is always destructive when regulations are not in line with respect for freedom, respect for private sector contracts and private property. This CDC edict brings to mind the destruction wreaked in the Bronx in the 1970s. The devestation of the area was the result of a combination of rent controls and New York City taxes that were often higher than the rents that landlords were allowed to collect.

Landlords arsonists burnt the buildings. Given the regulations and the taxes it was the only thing to do. 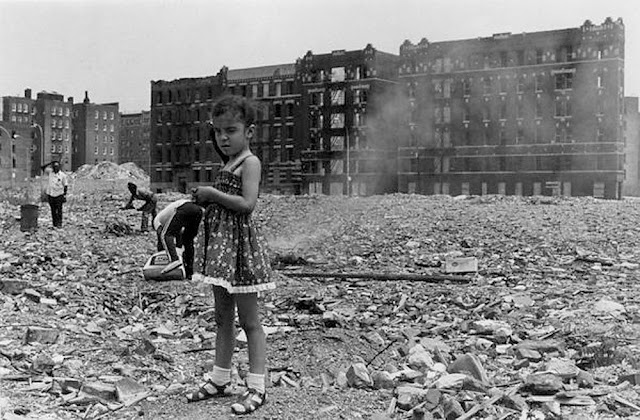