The $15 Minimum Wage Will Put Me Out of Business 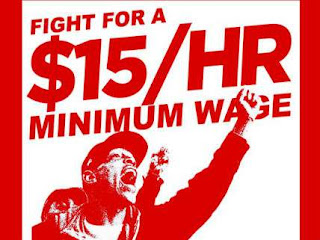 Want to earn a living wage in Alabama? Try working in a full-service restaurant.

I’m a restaurant franchisee with nine locations throughout Alabama and Florida, and my tipped employees report an hourly wage between $18 and $28, inclusive of base pay and gratuities. That’s more than the living wage for a single adult in Alabama, as calculated by the Massachusetts Institute of Technology.

Unfortunately, some well-meaning members of Congress are trying to pass a minimum-wage bill that would destroy my business model. Tipped employees are currently paid a lower base wage and are legally guaranteed to earn at least the minimum wage with tips included. My employees average roughly three times the relevant minimum wage when tips are accounted for.

But Rep. Terri Sewell (D., Ala.) has introduced one of several bills that would upend this system. Under her bill, employees would have to earn at least the minimum wage before tips. A handful of states—Alaska, California, Minnesota, Montana, Nevada, Oregon and Washington—have adopted this approach. Were it to take effect in Alabama, it would represent as much as a 600% increase in the hourly cost of paying a tipped employee to work for me. In pursuit of a “living wage,” Ms. Sewell could cause my employees to lose their incomes entirely by forcing me to shut down my business.

Despite the widespread popularity of restaurants—sales in Alabama totaled $9 billion last year, according to the National Restaurant Association—the public has surprisingly little understanding of how the business works. At my restaurants we sell a six-piece plate of chicken wings for $10. Customers typically assume we keep $6 or $7 in profit from that sale. In fact, our profit on that six-piece is closer to 50 cents, after accounting for food and labor costs, rent, overhead and other expenses.

My employees actually make more money from a sale than I do. I earn 5% on each customer check, while they earn 20% or more of the check in tip income.

If that doesn’t seem shocking to you, consider this: According to Deloitte’s Restaurant Industry Operations Report, labor costs are about a third of a restaurant’s budget. Now, imagine if a household expense that takes up a third of your income—maybe a mortgage payment or rent—increased by 600%. You’d probably be panicking.