The protesters, who are mostly university and high school students, have held demonstrations in more than half of Thailand’s 77 provinces, according to organisers and human rights groups. These follow the country’s easing of most coronavirus-related lockdown restrictions in June.

At a demonstration of up to 10,000 people at Thammasat University on the outskirts of Bangkok on Monday evening, speakers criticised the king’s wealth and power and for allegedly spending more time abroad than in Thailand.

Our goal is to make the country a fully democratic country

The student movement is demanding a dissolution of Thailand’s parliament, the drafting of a new constitution, and an end to harassment of critics of Prayuth Chan-ocha’s military-dominated government.

At Monday’s demonstration, protesters invoked Thailand’s 1932 revolution that ended absolute monarchy. They have held recent protests at the Bangkok Democracy Monument that commemorates this event.

“Our goal is to make the country a fully democratic country and to support human rights,” Jutatip Sirikhan, president of the Student Union of Thailand, told the Financial Times.

“Our plan is going to be to upgrade our protests to another level and to put more pressure on the government to follow our three demands,” she added. “It has now spread to the whole country — everyone has started to join us.”

Mr Prayuth, the former military dictator who seized power in a 2014 military coup, won an election last year in a vote widely dismissed as undemocratic. The Senate or upper house was reserved entirely for nominees of the military under a constitution drawn up after the coup.

Future Forward, an opposition party that gained widespread support among young people, was dissolved by court order in February after a series of legal challenges the party and human rights groups described as fabricated.

Thailand’s king, who is head of state, spends much of his time in Germany. Critics say he has been abroad during most of the coronavirus pandemic, apart from brief flying visits to Bangkok for official holidays.

Since the death of his father King Bhumibol Adulyadej in 2016, the king has put two military units under his palace’s direct command and assumed control of billions of dollars worth of property and shares held by the Crown Property Bureau, confirming his status as one of the world’s richest monarchs.

Perceived insults to the royal family are punishable by up to 15 years in prison under Thailand’s draconian lese-majesty law. Mr Prayuth said in June the king had asked him to stop using the law to prosecute critics of the monarchy but authorities have used other legislation against them. 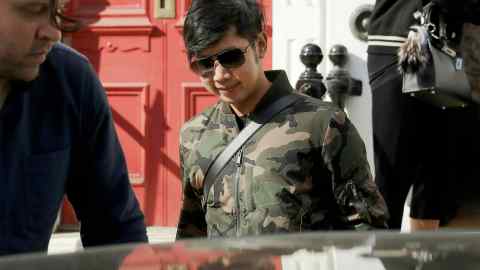 Arnon Nampha, a lawyer and human rights activist who criticised the monarchy at a recent protest in Bangkok, was charged with sedition last week and released on bail.

Sunai Phasuk, a researcher with Human Rights Watch, said activists and students had been put under surveillance or harassed for expressing their views in recent weeks, and “a climate of fear has heightened to a new level”.

Some exiled Thai dissidents have disappeared or been murdered, including Wanchalearm Satsaksit, who has not been seen since his abduction from a street in Cambodia’s capital Phnom Penh in June.

Aside from their three core demands, the students have aired a range of other issues, ranging from LGBT rights to the strict haircut and uniform rules in Thai schools. At protests, some have adopted the three-fingered salute used by the teenage warriors in the dystopian series “The Hunger Games”, or sung the anthem of the oppressed “Do You Hear the People Sing” from the musical Les Misérables.

“Covid opened up a lot of frustration among people about the inability of the government to deal with a lot of problems, and the fact that the military has continued to dominate Thai politics since 2014, then on top of that there was the abduction of Wanchalearm,” said Pavin Chachavalpongpun, a Thai academic who teaches at Kyoto University’s Center for Southeast Asian Studies. “Putting all these together, the students reached the point that something had to be said.”