On the third Sunday of Lent last year, Will Morris, deputy global tax policy leader at accounting giant PwC, admitted he felt conflicted when he became a part-time priest.

“I had asked myself whether I was — as a very well-paid tax lawyer for a large US corporation — subconsciously trying to cleanse a job that some viewed as ethically dodgy, by throwing a priestly cloak over it all,” he told a congregation at London’s St Martin-in-the-Fields church, describing his ordination a decade earlier.

Mr Morris operates at the highest levels of corporate tax and policy. As chairman of the OECD tax advisory committee, he is a powerful lobbying force. As one ally put it, he “can corral an impressive list of tax directors and policymakers into a room”.

The distinction between his professional and priestly life was thrown into particularly sharp relief this month. Mr Morris was one of five former General Electric executives who negotiated a $1bn tax break in the UK in 2005 that HM Revenue & Customs now claims was fraudulently obtained.

HMRC is pursuing a landmark case against GE that is set to go to trial in October 2021. GE has vigorously denied the allegations. Neither Mr Morris nor PwC is a defendant, but his influential role in the world of corporate tax lobbying may mean some scrutiny of his reputation. Both PwC and Mr Morris declined to comment on the case.

Born in Liverpool, Mr Morris studied history at Cambridge before moving to the US to study law at the University of Virginia. He met an American woman within weeks of arriving in the US, later marrying her and moving to Washington DC to work for the federal government’s Internal Revenue Service.

“I thought about [joining the clergy] very hard when I was an undergraduate but didn’t follow it through,” Mr Morris said in a video interview about his career on PwC’s YouTube channel. “When I was in my forties, a wise priest pushed me back into it.”

By the time he became a priest in 2009, Mr Morris was director of global tax policy at GE. The US industrial giant had become renowned for its fierce lobbying and skilful accounting that had gained it tax breaks around the world.

He had risen quickly through the ranks of GE’s tax department under the direction of John Samuels, the doyen of corporate tax, to become its top policy adviser in 2007 after just seven years at the company.

He had been among the rising stars at the US Treasury and had been poached by Mr Samuels to help build GE’s tax department into a global profit engine. Its success spawned a transformation in corporate culture that meant tax planning became a crucial way for businesses to boost the bottom line.

It was during his time at GE that Mr Morris grew steadily more influential outside the organisation. In 2006, he was appointed chairman of the European Tax Policy Forum, an offshoot of the Washington DC-based International Tax Policy Forum, a think-tank that had been founded by his boss, Mr Samuels, 14 years earlier. Both groups are funded by dozens of multinational corporations and sponsor academic research on tax to “promote an informed dialogue on international tax issues”.

Since 2012, Mr Morris has also been chairman of the Business and Industry Advisory committee (Biac) to the OECD on tax issues, a powerful lobby group that has most recently taken aim at plans to introduce new taxes on Apple, Google, Facebook and other tech companies.

In the early 2010s, Mr Morris held roundtable discussions on tax reform in the crypt of St Martins-in-the-Field in London’s Trafalgar Square.

“The invite and the location gave the sense that it would be a gentle exchange of views between business and civil society,” said one attendee, an economic justice campaigner. “But actually it felt like here is a bunch of tax advisers from big businesses who are going to explain to you why you’re wrong. I felt ambushed.”

“Will is in a very powerful position,” added the person, who has met Mr Morris on a number of occasions over the past decade. “He leads the business response to anything that the OECD puts up for consultation. If you’ve got the combined force of every multinational tax adviser to work with, you’re able to lobby pretty hard.”

“I think he is a straight, honest guy,” said Pascal Saint-Amans, head of tax at the OECD. “He was one of the few people in a US company I met who seemed to understand that the good old time of pure tax planning without regulation was coming to an end.” 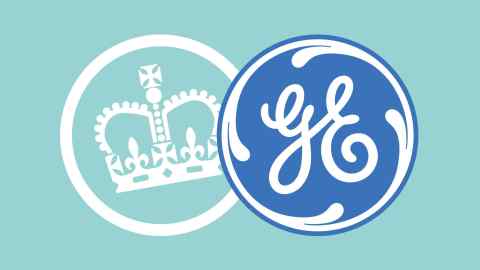 However, he added: “There have been tensions with the fact that the chair of Biac’s tax committee now works at a large consulting firm.”

“[He] is now in a situation where conflicts and pressure have become very hard to manage.”

Another person who knows him said of Mr Morris’s role at the OECD: “He uses the charm, but I think the main aim of business lobbying is to water down reforms or slow things down as much as possible. Everything ultimately goes through him, he’s setting the tone.”

In early 2017, Mr Morris moved from GE with about 600 of his colleagues to PwC, the “Big Four” accounting firm, as one of its most senior tax policy advisers to large companies seeking ways to lower their tax bills.

The dismantling of what Mr Samuels had spent more than 20 years building at GE was also a shift in direction for Mr Morris.

No longer was his main job to mingle with government officials and discuss tax reforms and how they might affect GE. Suddenly, he was responsible for promoting the agenda of hundreds of PwC’s clients.

His work — as Mr Morris described it — is “potentially morally ambiguous, potentially ethically challenging”. He has struggled in the past. He wrote in his second book Love Thy Colleague: Being Authentically Christian at Work, published in August 2017, about starting out as a tax lawyer: “Convinced, almost before I’d arrived . . . that I had not so much chosen the wrong firm to work at, as the completely wrong profession, I began planning my escape and counting the days.”

His switch to PwC was also a time when views of corporate tax avoidance were changing. Since the 1980s, governments had competed to lure big business to their shores by offering low tax rates. Paying less tax was seen on many sides as good business sense, encouraging the growth of a multibillion-dollar industry of corporate tax advisers.

Since the 2008 financial crisis, the mood has shifted. Anger over corporate tax avoidance has moved from the margins to the mainstream. Some tax authorities have started getting tougher, with the HMRC lawsuit against GE a sign of this change.

“Why would a gentleman with principles do that job?” pondered one associate of Mr Morris. “Because the job wasn’t always a dirty one. The level of tolerance on tax avoidance was very different. Now, you have to make a judgment call on what to dirty your hands in.”

As a priest, Mr Morris, who has three daughters, has married more than half a dozen couples and regularly preachers to the parishioners at his church in London.

He has not shied away from confronting the seeming disparity between his two roles. “[The workplace] can be a place where we seek healing for God’s creation by working for fairness and ethics in our own business, and by encouraging that business to contribute to the common good of the community and society around it,” he said in a sermon last year.

Sam Wells, vicar of St Martin-in-the-Fields, described it as a “double calling”. “He made a decision to integrate a priestly life with a pretty high-end business life,” he said. “It is not for the faint-hearted to do either, never mind both.”

Previous PostFired up by Stimulus Money & Debt Deferrals, Americans Went Shopping. But Where? How Life Changed During the PandemicNext PostOil Companies Battle For Survival As Production Falls