All eyes will be on electric vehicle maker Tesla (TSLA) this week as the company holds its annual Investor Meeting and Battery Day event Tuesday afternoon. Investors have been waiting for this day for over a year, where management is likely to show off some new battery cells and manufacturing processes. Unfortunately, as we’ve seen in the past, this event may be more about creating hype for Tesla than anything else, especially if this weekend’s latest news is anywhere near accurate.

For Tesla to truly change the game, it all starts with batteries. The company is looking to improve battery life and performance, along with driving down its product costs. Investors are waiting to hear about the so-called “million mile” battery, something that Chinese company CATL is already working on. You’ll probably want to brush up on your chemistry beforehand as well, given we’ll be hearing a lot about battery materials as portrayed in the image below. Tesla will likely show off some decent battery improvements, as well as its efforts to mass produce them on its own, rather than with a partner like Panasonic as it currently does in the US. 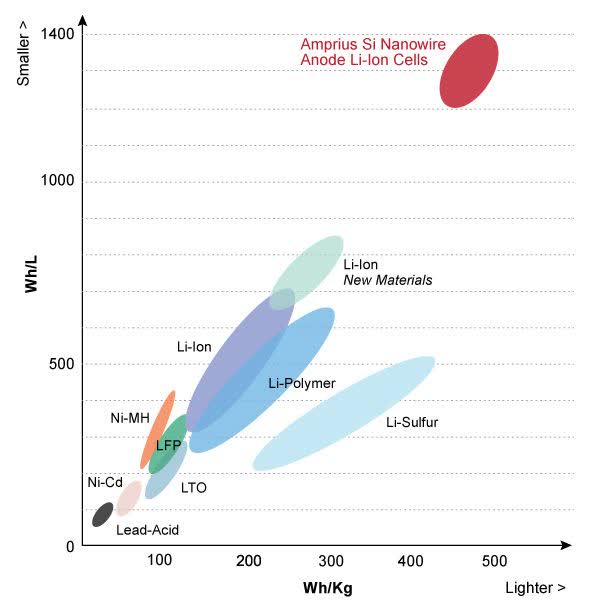 Of course, showing some things off via a slideshow and actually delivering on them are two vastly different items. Early in 2019, Tesla held an “Autonomy Day” event where CEO Elon Musk talked about the company having a million robo-taxis on the road this year. That idea has all but been struck down, especially since the “automatic driving on city streets” self-driving feature that was supposed to be out in 2019 still isn’t completely ready to hit the road. That Autonomy Day was used to facilitate a capital raise that brought in funds that were only supposed to be used for the robo-taxi fleet, yet Tesla has had multiple large capital raises since then as well.

Let’s also not even get into a major argument about Musk’s promise to have a Tesla vehicle with no steering wheel or pedals on the road in the first half of next year. That’s probably years away given where Tesla’s software stands now, especially with recent tests in China showing the company’s vehicles unable to stop for pedestrians. Investors are also aware of the numerous product and service promises that the company has made over the years that have not come to fruition as detailed – like the $35,000 Model 3, solar roof, battery swap, etc. Elon Musk has already been in hot water with regulators over his tweets, so the company has to walk a fine line this week with what it promises.

Originally, I wasn’t going to put any Tesla content together until after Battery Day, but some late weekend news pushed me to do so. Electrek came out with an article discussing the now rather usual end of quarter “leaked Elon Musk e-mail”, talking about the potential for record deliveries. Here are the two main quotes featured in that piece.

We have a shot at record quarter for deliveries, but we’ll have to rally hard to achieve it. This is the most number of vehicles per day that we’ would ever had to deliver.

Please consider vehicle deliveries to be the absolute top priority. It’s also extremely important that we keep factory output as high as possible over the remaining 10 days. This is vital for the California market.

For Tesla to only just achieve a record would be a dramatic disappointment. The previous quarterly record is about 112,000, but street estimates are for over 140,000. For Tesla to have any real chance at hitting its guidance for half a million deliveries this year, it really needs to be around that area. The production constrained narrative would be completely blown away if electrek is right, especially given what management has detailed as I’ve shown below.

Yes, these numbers are for installed capacity, so Tesla likely cannot hit exactly 100% of them. However, to barely top last year’s Q4 delivery number when you now have the Shanghai factory only for Model 3 units as well as the ramp of the Model Y in Fremont, would be unfortunate. Don’t forget the numerous price cuts across the board for S/X/3 models we’ve seen since that record was produced. Tesla has already extended a low loan rate offering in Norway, and the weaker US dollar could allow for price cuts in Europe and China moving forward.

All of this is especially true for a company that trades at a valuation that is many times that of its competitors, some of which deliver millions of cars per quarter. Of course, this electrek “leaked e-mail” article could just be another way to drive down expectations. This way, when Tesla does report its preliminary numbers in the first week of October, there is almost no way the company can miss street estimates. We’ve seen this happen with the company before, and I’ll certainly be watching any analyst notes we get in the next 7-10 days.

In the end, Tesla’s Battery Day event is finally on the doorstep. Investors and consumers are waiting to hear about the major progress that’s been made on both the cell chemistry side as well as the production side. I’m sure we’ll hear plenty of big buzzwords and hear about tremendous potential like we’ve seen with past events, but will Tesla actually meet timelines for once? History would certainly suggest otherwise. While I’m not recommending any long or short position in the name around this event, I would be leaning towards the bearish side afterwards if this event is just another way to provide hype in the face of struggling results, which the Elon Musk leaked e-mail news seems to suggest.