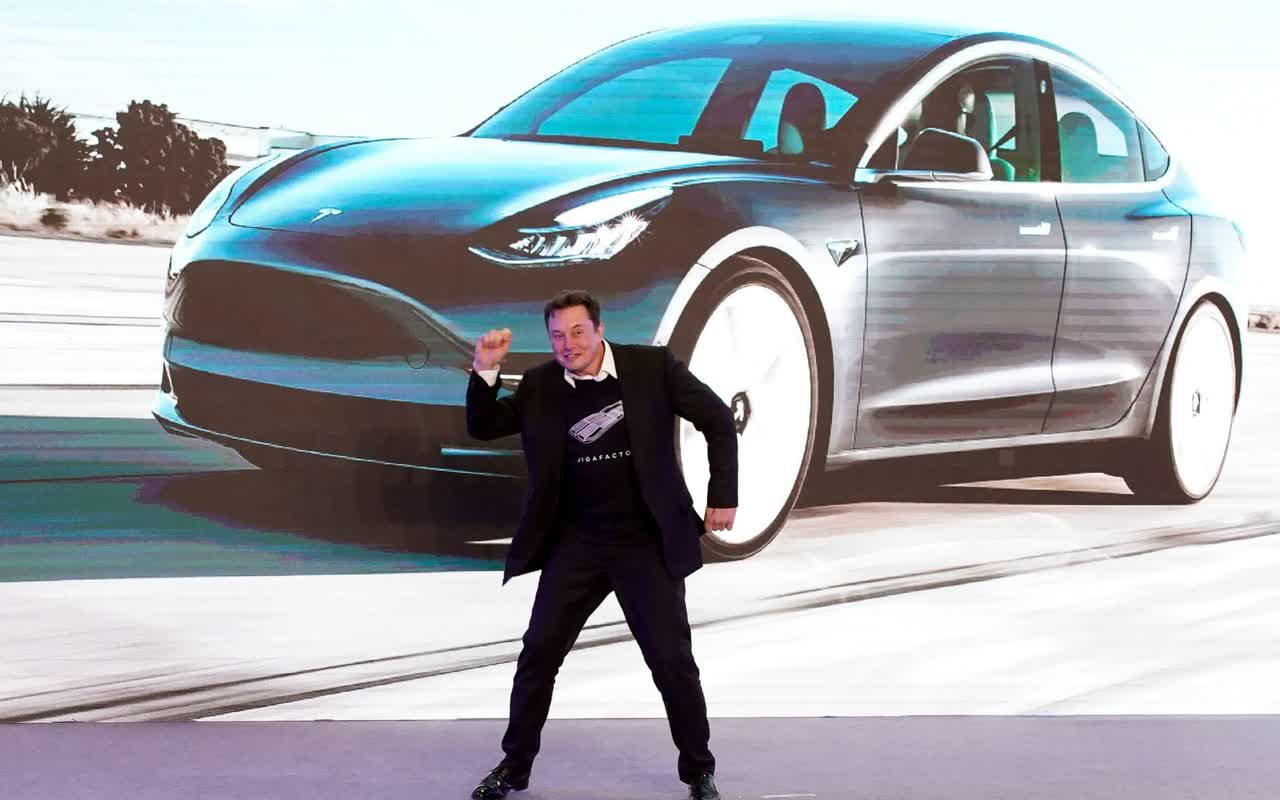 Tesla (TSLA) continues to confound its critics with an earnings report that confirms the hype surrounding electric cars is real, or at least that you can make enough money from selling regulatory credits to other auto manufacturers to cover your losses. Either way, Tesla’s solid 2Q report provided analysts with the final data point they needed to lock-in Musk fever and confirm the stock’s momentum, positive earnings over the trailing twelve months! With that, Tesla would now meet the basic criteria to join the most widely tracked benchmark in the investment world, the S&P 500. With a market cap now in excess of $200 billion, it would be joining the upper ranks of that elite club.

Visions of billions in ETF trades may have some traders salivating, but how large might the potential impact of joining the S&P universe actually be? Defining the exact amount of assets linked to the S&P 500, either through a formal benchmark or just as a reference index, is challenging. Moreover, given that it’s measured in the trillions, it’s safer to stay focused just on the ETF side of the discussion. If we focus just on those large S&P 500 index replicators, along with select funds for the “growth” style and the largest sector replicator, we can get a very manageable list of eight funds that have over $717 billion in assets. Even a “small” allocation of just over 1% for the total index replicators, or 1.6% for the growth funds, could mean a significant boost to Tesla’s ETF ownership percentage, as seen in the table below.

Using the closing price of August 7th, we estimate these large ETFs would add nearly 6 million shares of Tesla to their collective holdings. That might seem insignificant, given that over 13 million shares of the company’s stock are traded every day, or nearly 10% of the float, although we would also point out that it would be a huge bump in its ETF ownership.

As of today, ETFs invest in just over 12.9 million shares of Tesla which represents 6.9% of the company’s shares outstanding or 8.7% of the float. That may seem impressive until you compare it to Tesla’s biggest peers in the U.S. automotive industry – General Motors (NYSE:GM) and Ford (NYSE:F), who have ETF ownership of their total outstanding shares of 9.1% and 10.8% respectively. Not being included in the S&P 500 has also held Tesla back compared to other mega-cap stocks in other industries, with most companies over $200 billion in market cap having ETF ownership of anywhere from 10% to 12%.

That might help explain why Tesla is more volatile than your average mega-cap stock, although buyers certainly have not been complaining with the stock now up over 500% in the last year, compared to 13.9% for the SPDR S&P 500 ETF Trust or 16.8% for the Vanguard Mega Cap Index ETF (MGC). An increase in passive ownership could help dampen that volatility, but what other side effects could it have on the stock going forward?

According to one recent study by several prominent researchers, it could mean the end of the great bull market for Tesla shareholders. That study, Does Joining the S&P 500 Index Hurt Firms? from the European Corporate Governance Institute, sought to answer what happens when a stock joins a large index, and the results are less than encouraging. At least from the standpoint of price as the well-known S&P phenomenon, a short-term bump in share price from joining the index, has largely evaporated. In fact, the researchers found that while there had been a significant increase in short and long-term returns from joining an index historically, since 2008 there was no excess or abnormal return from becoming a part of the largest market index in the world.

Not surprising, as we have previously mentioned the reasons why strategies built around index additions might prove disappointing to investors:

Instead, a better strategy might be searching among the “fallen angels” or companies that have found themselves downgraded with the S&P 1500 universe because of a falling share price. Stocks trading places within the S&P universe is nothing new, especially as the S&P 500 or 400 should, by definition, have 500 or 400 stocks. So if one goes up to the majors, another has to slide down to AAA. And who slides down but companies whose share price hasn’t kept up with the rest of the index, whether through weak earnings, bad management, or just being in the boring sector?

The nature of most indices is to promote their winners and remove under-performers, sometimes explicitly in the case of the Dow Jones Industrial Average, but is there a benefit to looking at stocks where the bad news is already baked in? The answer to that is: maybe? Consider the case of Stericycle (SRCL), a leader in the less-than-glamorous world of medical waste recycling. A series of lawsuits and over-expansion helped knock the share price down from $140 in 2015 to around $40 per share by December 2018 which is when the company was demoted from the S&P 500 to the mid-cap S&P 400. That would necessitate a deal of buying and selling from various funds but with the peculiar outcome that Stericycle didn’t continue falling. In fact, the stock began rising and has outperformed both the S&P 500 and S&P 400 indices, but Diamondback Energy (FANG), the company that replaced it in the large-cap index has undergone a substantial correction and remains down more than 50% since it took over SRCL’s position.

One stock does not a trend make, but investors looking for opportunities to outperform the index might do better to look at stocks which have fallen out thanks to a surplus of bad news than chasing their possible replacements who are already flying too close to the sun for their own good.

You can find our research overview at: http://www.etfg.com

For more ETF insights, subscribe to ETF Global on Seeking Alpha Marketplace. For a little more than $1 per day, you will gain access to:

Try it risk-free, with a 2-week free trial.

Disclosure: I/we have no positions in any stocks mentioned, and no plans to initiate any positions within the next 72 hours. Business relationship disclosure: I am an employee of ETF Global.