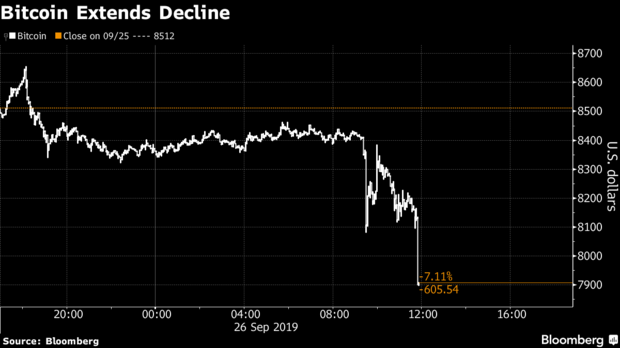 Over the last three days, starting with bitcoin still above $9,500, I wrote in the EPJ Daily Alert:

A few weeks back an ALERT reader asked whether Bitcoin could be used as a hedge against inflation the way I am using gold, gold stocks and gold ETFs. I played down the idea based on the regulatory climate. Gold is simply a much purer inflation play than Bitcoin.

Now, I am beginning to see even greater deterioration in the technicals surrounding Bitcoin. I imagine that most ALERT readers are not holding any Bitcoin but if some of you are you may want to consider liquidating now.

After I wrote that I was challenged and had to go in for the heavy smash.

This is what one ALERT subscriber said about the smash:

#OMG. I finally got home to open my EPJ Daily Alert from both today and yesterday. Damn @WenzelEconomics , that was an excellent response on #Bitcoin.
I’m sick of “if mr. x doesn’t say buy #BTC bc x doesn’t understand it”. I’ll keep my profits dude, here’s coin.

Subscribe to the EPJ Daily Alert today and I will include my two day takedown of Bitcoin with arguments that have never been made before. Subscribe here.

READ ALSO  The Stench Of Bipartisan Cooperation On The Potomac
Previous PostSTR 228: A Guy Who Wants to Know “Why”Next PostPeter Schiff Says the Price of Gold Is Going to Take Off! But Why? (Video)