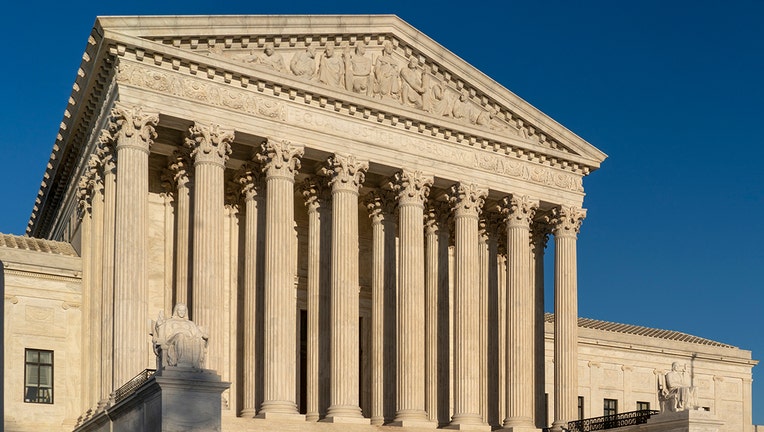 FILE – In this April 20, 2018, file photo, the Supreme Court is seen in Washington. The Supreme Court has upheld President Donald Trump’s ban on travel from several mostly Muslim countries, rejecting a challenge that it discriminated against Muslims

The Supreme Court temporarily blocked the Trump administration’s attempts to include a question about citizenship on the 2020 census in a 5-4 ruling on Thursday, with Chief Justice John Roberts siding with the left.

In the majority opinion authored by Roberts, the Supreme Court refuted the argument laid out by the Trump administration — that a citizenship question needed to be added to the census in order to enforce the Voting Rights Act. It ordered the case to be reconsidered by a lower court.

“Unlike a typical case in which an agency may have both stated and unstated reasons for a decision, here the VRA enforcement rationale – the sole stated reason – seems to have been contrived,” the opinion said.

When the census is distributed next spring, for the first time in a decade, the Trump administration wanted to ask respondents, “Are you a citizen of the United States?” That question, among others, will be used to draw a portrait of the country: How many people live here, how old are they, what is their race and ethnicity.

Dozens of states, cities and other groups — led by California and New York — challenged the proposal, arguing that the question could result in a drop in response rates and therefore an undercount of immigrant communities, because those groups may be worried about how their information will be used in the future. The question would not have differed between legal and undocumented immigrants.

READ ALSO  Why Equality Of Outcome Can Never, Ever Work

Secretary of Commerce Wilbur Ross, who oversees the Census Bureau, has defended the citizenship question, which he says is imperative to enforcing the Voting Rights Act.

Because the census is used to determine how many seats in the U.S. House of Representatives each state has and how to allocate $880 billion a year in federal funding for schools, roads and other public services, adding new questions is often politically fraught. For instance, Politico estimated that California is already on the verge of losing one of its 53 seats in the House, a result of a shrinking population.

Census Bureau research indicates the question would likely deter a large swath of people from responding. According to analysis conducted by the bureau, an estimated 6.5 million people would not respond as a direct result of the citizenship question.

This is breaking news. Check back for updates.