Note: I have written about Superdry previously, investors should see this as an update to my earlier article on the company.

In my last article, I outlined why I believe that Superdry (OTCPK:SEPGF) wasn’t worth the risk and that it would be a tough ship to turn around. Since then shares stand down 17%, and 12% of this fall occurred today as the company released its final results. These results formed a dim picture for Superdry for the 52 weeks to the end of April and highlighted how much even a small period of disruption can affect the company’s numbers. I am still maintaining my previous thesis and staying away from the Superdry falling knife. 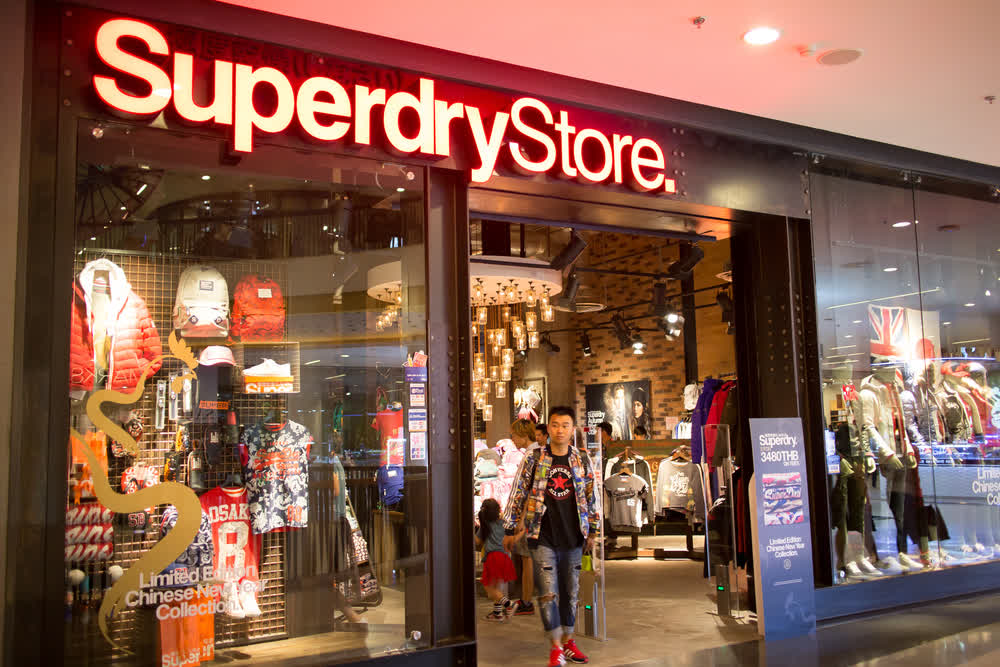 Total revenues fell by 19% to £700 million while gross margins were pushed down 1.5 basis pts to 53.6%. Due to the sizable fall in revenues, Superdry fell to a large £41.8 million underlying loss in the full year. With exceptional items of £125 million, this figure came to £166 million (statutory loss). Total cash stood just below £49 million by mid-September. These results shouldn’t surprise the market too much, as in their previous Q4 trading update they already outlined that total revenues for the full year would drop around 19%.

What I believe triggered the fall was the statement the board made regarding the outlook. It was expected that Superdry would not issue full-year guidance but the company did provide clarity on how uncertain the future is:

We remain cautious on the shape of the economic recovery, and the impact this may have on our ability to turnaround performance in line with our plan. Consequently, we recognise there is a material uncertainty, and are not providing formal guidance.

In the company’s going concern discussion within the report, management did outline that they may have to request a waiver from lenders in Q3 2021. This is due to the fact that the covenants would be under pressure over the 12-month period. In this regard, the Q3 trading period is extremely important for Superdry. I believe that this period will still be significantly affected by COVID as consumer demand remains weak in physical stores. This is worsened by the fact the UK government is now planning on moving back to alert level 4 for COVID which will only bring more uncertainty for consumers.

Due to this Superdry will need to see very strong performance in its eCommerce business. There has been some promise in this regard as eCommerce sales in Q1 2021 have been twice that in comparison to the previous year. However, I remind investors that even with this online sales remain smaller than overall sales in comparison to physical stores. Even then eCommerce sales were still down for the full year 2020 (8%). So the comparison to Q1 2020 wasn’t exactly a quarter of great success either.

The company did provide some clarity on the performance since the final results in the announcement. It clearly shows that although the first few months saw a large growth in eCommerce sales in comparison to the prior year, this then tailed off in August and September. Over the 20 weeks to 12 September, the eCommerce growth was just 55% vs. growth of 126% in the 4 weeks to 27 June. The 4 weeks after 27 June showed growth of 56.8%.

Superdry has started to see improved performance in physical stores since social distancing measures were introduced but trading was still ‘disrupted’. However, even this improvement may soon be affected as the UK government looks to increase COVID measures once again as cases in the UK have started to rise and fears of a second spike have become more prominent.

Looking ahead – the turnaround

Looking forward the picture still remains incredibly uncertain, although some optimism has come from Julian Dunkerton coming back as the CEO last year. I agree with the plan that Julian has set out to maintain strong pricing control and move Superdry to a greater online presence, but I believe the execution of this will prove difficult. The company finds itself in an extremely precarious position where their outlook remains very uncertain. These results have merely confirmed this and remind investors that Q3 remains a pivotal trading period which may decide Superdry’s future.

The company will likely have to rely on lenders to renegotiate covenants if better performance isn’t seen in Q3. I still believe that Superdry will struggle to try and match consumer trends once again after becoming detached from them for such a long period. After losing traction among consumers, it can be difficult to get this brand image back. This is the case for Superdry where large discounting has undermined the previous strong brand image that the company had upheld.

Superdry’s final results have reaffirmed the market’s concerns regarding recent performance and the effect store closures have had on revenues. However, what really drove the share price fall was the uncertain outlook picture that the management has made out for the future. There is still material uncertainty regarding Superdry’s future and the potential need to negotiate with lenders over the next financial year. While I believe if management could turn Superdry around then returns would be large for shareholders, this remains a big ‘if’ – one that I believe is unlikely to come to fruition. I am maintaining my previous thesis and staying away from Superdry.