Stratasys Continues To Be Plagued With Growth Issues (NASDAQ:SSYS)

Stratasys (SSYS) recently reported mixed Q2 results. The company’s Q2 revenue of $117.6 million notably decreased 27.9% Y/Y from $163.2 million. Stratasys also reported a GAAP EPS of -$0.51, which came in below expectations by $0.03. While COVID-19 is allowing Stratasys to show its manufacturing versatility, it is also clearly taking a toll on the company.

Stratasys was once a highly promising 3D printing play. Since the 3D printing bubble burst, however, Stratasys has struggled at nearly every turn. This is all the more troubling given the fact that the 3D printing industry as a whole is still growing at a healthy pace. The company’s latest quarter may be further evidence that Stratasys’ time as a leader in 3D printing may come to an end sooner than expected.

Unlike the general market, Stratasys’ stock price has not experienced any recovery from the coronavirus-induced downturn.

Stratasys has experienced major growth issues recently. After years of hype, Stratasys is actually starting to see its revenues shrink on a consistent basis. This is rather startling given the fact that 3D printing is still an emerging technology with a great deal of growth potential. If Stratasys is having a hard time growing now, it is hard to imagine how the company will be able to compete once more players flood the market.

What’s worse, growth issues appear to be worsening despite the company’s efforts to turn things around. In fact, the company’s quarterly revenue has consistently declined on a Y/Y basis over the past year. While the pandemic has certainly worsened the situation, Stratasys was already on a downward revenue trend before the pandemic.

Stratasys’ quarterly revenues (billions) have started to decline consistently and has even accelerated in a downward direction.

Given the fact that COVID-19 does not appear to be going away anytime soon, Stratasys’ growth issues could continue to worsen. Lower demand, workforce disruptions, and a plethora of other coronavirus-related issues could continue to plague Stratasys for the foreseeable future. To make matters worse, competition in 3D printing continues to ramp up.

Stratasys is already having difficulty growing in a somewhat small field dominated by smaller companies like 3D Systems (DDD), Proto Labs (PRLB), and of course Stratasys. If more companies like HP start to invest heavily into the industry, it is hard to imagine how Stratasys will be able to compete.

Stratasys is well aware of its difficult situation. The company made it clear during its quarterly conference call that it is making efforts to turn its business around. Stratasys currently has ~one-third of the addressable market for 3D printing hardware. The company also has one of the widest portfolios in the 3D printing industry.

Stratasys is also planning to focus heavily on polymers, which is expected to be one of the largest opportunities in 3D printing. Stratasys is well-positioned to take advantage of such opportunities considering the fact that the company has $313 million in short-term deposits, cash, and cash equivalents. Moreover, Stratasys has no debt, which means that it is relatively financially secure.

Stratasys is hoping that its investments into polymers will pay off. 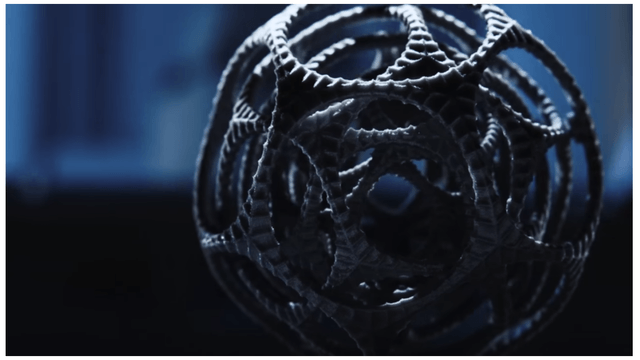 While Stratasys is still a leader in 3D printing, the company is facing threats from multiple directions. To make matters worse, the company’s financials continue to deteriorate. The company’s GAAP and non-GAAP gross margins have notably declined over the past year and will likely continue to face downward pressure moving forward.

At this point, investing in Stratasys would be highly risky. Even at its current market capitalization of $775 million, the company still has more room for downward movement. If Stratasys continues to struggle on the growth front over the next few quarters, the company will almost certainly cede market share to competitors.

Previous PostForbrugertilliden falderNext PostCloth of gold – Why the economic value of a face mask is $56.14 | Finance & economics