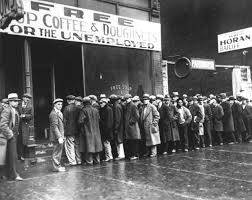 Austro-Punk has replied to my initial post, Are Wages Sticky Downward?  My responses are in blue.

Wenzel you fail to look at Rothbard’s quote RIGHT AFTER what you chose to post. Here (Pg 43-44):

“Occasionally, however, the wage rates are maintained by VOLUNTARY CHOICE (although the choice is usually ignorant of the consequences) or by coercion supplemented by voluntary choice. It may happen, for example, that either business firms or the workers themselves may become persuaded that maintaining wage rates artificially high is their bounden duty. Such persuasion has actually been at the root of much of the unemployment of our time, and this was particularly true in the 1929 depression.” (My bold)

I am not sure what the point is here you are trying to make. I am not hiding the fact that Rothbard holds the view that wages can be sticky downward. In fact, most of my original post is a refutation of that point as it is being made from Rothbard.

You say: “To think that free markets don’t clear, even labor markets, is a very odd view to hold. It is, in fact, a Keynesian notion.”

This is a bit odd. First, you’re not distinguishing between the short-run and the long-run. In the long-run, your statement is largely accurate. In the short-run, wages and prices don’t adjust quickly, efficiently, or proportionately, and there are reasons for this that have nothing to do with government intervention (employee morale, the money illusion, etc).

Who the hell is talking about wages adjusting quickly?

In fact, I write:

In the short-term it is all about trying to determine opportunities and prices in the market. It is sometimes referred to as “frictional unemployment.”

“Sticky wages” is an entirely different concept that means even when it is clear what opportunities exist, and what wage levels are, workers refuse to work for such prices.

Also “sticky wages” did not originate with Keynes, and therefore isn’t “Keynesian”. Henry Thornton talked about it in 1802 in his “Inquiry into the Nature and Effects of the Paper Credit of Great Britain” as well as Ralph Hawtrey over 2 decades before Keynes wrote the General Theory.

The number one best selling economic texts are written by the Harvard professor Greg Mankiw. In The Concise Encyclopedia of Economics, he writes: