Stephan Crétier: the security boss with his eyes on the G4S prize

Stephan Crétier, the man behind this week’s hostile bid for the world’s biggest security group G4S, started out in life as an arbitrator rather than an antagonist.

Growing up in Montreal, he became a baseball umpire as a teenager, though by his own account he never quite made it in the Major League, beyond off-season games. Mr Crétier, who had also been studying for an MBA, ended up working at a small security company instead.

Three decades later, now founder and chief executive of Canadian security group GardaWorld, he is on the verge of becoming one of the most powerful figures in his industry.

This week, the group made its move on G4S, urging shareholders in its London-listed rival to force the board into talks over a £3bn offer, and revealing it had unsuccessfully bid for the company three times in the past three months.

With backing from BC Partners, the private equity firm that owns 51 per cent of GardaWorld, the move is a rare example of a European buyout group pursuing a hostile bid.

[Stephan Crétier] plays the long game. He will get where he needs to get to

“I’m so sad when I see how G4S is being run . . . They’ve failed everyone,” Mr Crétier told the Financial Times when the bid went public earlier this week. “This is a rescue bid. I’m not going away unless the shareholders tell me [to].”

Described by friends as “hard-nosed” and “hard-charging”, Mr Crétier is unlikely to be fazed by G4S’s reply that he is being “highly opportunistic” at a time of global crisis. “He’ll push it to the limit, unless BC pull him back,” a person who knows him said.

The son of a manicurist and a maître d’, Mr Crétier built GardaWorld from scratch starting with just C$25,000, which he raised in 1995 by taking out a second mortgage on his home. He has expanded the business aggressively through acquisition, buying up competitors in a fragmented industry to create a sprawling global group.

GardaWorld is the world’s largest privately owned security company, with operations ranging from airport security staff to teams of bodyguards for diplomats. It has passed between three sets of private equity owners since delisting in 2012 and was valued at C$5.2bn when BC Partners took its stake last year — Canada’s largest ever private equity buyout, according to data from Refinitiv. Mr Crétier’s stake in the company makes him a billionaire.

Mr Crétier has not been shy about criticising G4S for high-profile failures. In 2012, it did not recruit enough security staff for the London Olympics, forcing the army to step in. In 2018, the UK government took over the running of Birmingham prison from the company after the chief inspector of prisons said it was the worst he had ever seen.

Being privately owned and away from the glare of public markets, GardaWorld has sometimes found itself in the public eye. Four of its bodyguards died after Peter Moore, a British IT contractor they were protecting, was kidnapped in Iraq in 2007. After Mr Moore was released in 2009, he publicly disputed Mr Crétier’s account of what had happened, and said in an interview with the Independent newspaper that his survival was not “due to anything that GardaWorld has done”. 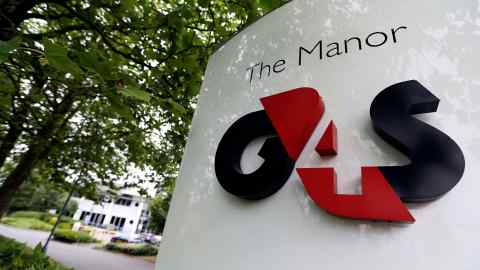 In 2008, a former executive sued, reportedly alleging Mr Crétier had threatened to “kill any executive and the family of any executive” who leaked information about the company’s finances — allegations that the company called “totally false, outrageous and without merit”. A spokesman for GardaWorld said the matter was settled.

More recently, an investigation by the Tampa Bay Times reported GardaWorld took “dangerous shortcuts” in its armoured trucks businesses, resulting in a series of crashes. The company threatened to sue over the report, which it said was unfounded.

A self-professed workaholic with no children, Mr Crétier and his wife Stephany Maillery, a former model who he met in a lift while at work, live in Dubai and have a home in Florida. The couple own the Roy Estate vineyard in Napa Valley, which sells wines that go for more than $500 a bottle to those who can get themselves past the waiting list.

With more than two decades in an industry built for high-risk situations, and staffed largely by former military, police and special forces personnel, Mr Crétier — described as a man who is “always in control and never appears stressed” — is someone who does not back down easily.

He “plays the long game,” the person close to him said. In the end, “he will get where he needs to get to”.