News of BlackRock’s (BLK) plans to hire additional custodians for the ~$2 trillion ETF business currently housed at State Street (STT) should have a negligible top and bottom line impact. While the EPS impact to STT will be limited, it is a sign of the times, and pricing across the custody business could continue to be pressured. Nonetheless, I think the STT story has plenty of legs to stand on, with a host of levers available, from expense flexibility to capital returns considering the health of its capital base and limited credit risk. With STT shares down to near-trough valuations at c.10x-11x EPS and a c.11% yield on offer upon the resumption of its capital return, I like STT shares at these levels.

According to recent news reports, BlackRock is looking to hire multiple additional custodians for its US and Irish iShares ETF businesses, with a total of c.$2 trillion in iShares assets under management (AUM) currently custodied at STT at risk. This makes sense for BlackRock, as it looks to diversify concentration risks following the rapid growth in iShares AUM in recent years. 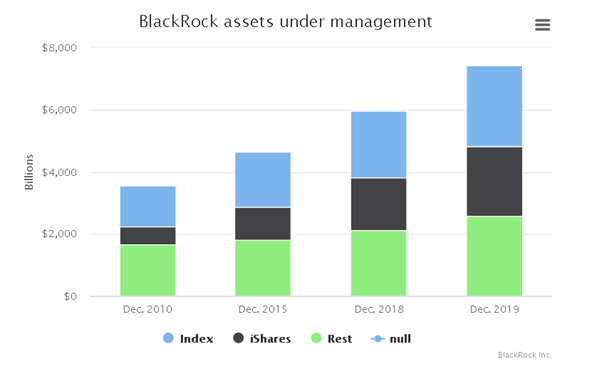 There is some precedent for this, as in the past, BlackRock similarly moved c.$1 trillion in assets from STT to JPMorgan (JPM) in 2017. Nonetheless, STT remained a critical partner then, as it will be in the case of the iShares shift this time around, with BlackRock suggesting that its plan is to keep a portion of iShares assets with STT. Interestingly, STT has also been included in the requests for proposal (RFP) for the custody of these assets.

In a worst-case scenario, BlackRock would be moving the full $2 trillion of iShares AUM to another provider. This would see a c.1-2% hit to EPS, assuming a 0.5-1bps fee rate and no associated expense cuts. If BlackRock were to split the $2 trillion, on the other hand, we should see an even smaller hit to EPS. In a best-case scenario where BlackRock hires a second custodian for additional administrative services for the iShares AUM, the EPS impact should be negligible.

At this stage, it is unclear what % of assets will be moved, but ultimately, I think only a portion of the c.$2 trillion will be moved considering the limited number of providers able to service ETFs at a similar scale to STT. Additionally, shifting AUM within the same asset class or geography across multiple service providers is likely inefficient, and therefore, it seems more likely that the assets moved will pertain to a certain geography or asset class to allow BlackRock to maintain scale benefits.

A Transition Will Take Time

If historical precedent is anything to go by, the transition process will be a lengthy one, likely spanning over multiple years. Looking back, BlackRock’s prior c.$1 trillion AUM shift from STT to JPM (first announced on STT’s Q4 ’16 call) took several years, with the transition continuing into 2019. Considering BlackRock has yet to even clear the selection stage yet, I would expect this transition to take even longer.

Nonetheless, the rapid growth within the passive space is showing little sign of slowing, and in the meantime, the business should continue to grow. Additional delays could result from the de-conversion process (likely taking a few years). The risk, as I see it, is more to investor sentiment, as the move by BlackRock could drive greater competition between existing providers or perhaps open up the market to new providers.

As a result, pricing pressure concerns could re-emerge and weigh on STT shares. However, at a $1 trillion scale, this seems more fear than risk, as few service providers have the capability to compete at a similar scale to STT, while asset managers capable of moving AUM at a similar scale are also few and far between.

Notably, STT, much like its peers, has paused its share repurchases amid COVID-19 uncertainty. But there are positive catalysts on the horizon, with the Fed stress test (due later in June) likely to offer some clarity into the timeline for a resumption. Thus far, STT has repurchased at a c.$500 million/quarter rate, coupled with a dividend of c.$170-180 million in recent quarters.

With shares currently at depressed valuations, however, I expect STT’s share repurchase program to resume in the second half of 2020 on the back of its strong capital position. This will likely prove to be an accelerated timeline relative to other more credit-sensitive banks that may find themselves more constrained. A return to the status quo would result in a very attractive c.11% total yield based on trailing twelve months (TTM) numbers relative to current prices.

While the BlackRock shift is very much an uncertainty, it is not a big one. For STT, the iShares business is relatively low fee business and accounts for c.1-2% of revenues and EPS (assuming a 0.5-1 bp fee rate). It is also worth stressing that any shift isn’t likely to happen soon; historical precedent from the JPM shift in 2017 indicates a transition typically takes two to three years.

Admittedly, there is some equity market risk to the core custody and asset management fee business, but STT’s strong capital position and limited credit risk make this a prime defensive play amid the COVID-19 uncertainty. In the near term, a resumption in capital returns (c.11% trailing yield based on the market cap at the time of writing) could trigger a re-rating, while in the long term, STT is a key beneficiary of the shift to passive, with improving flows set to drive superior earnings growth over time. I believe STT is a buy, with the current c.10x-11x earnings multiple reflecting a considerably pessimistic view on the outlook. Improved clarity around the earnings path and macro outlook is key to outperformance in the long run.