Woody Johnson, the US ambassador to the UK, made “inappropriate or insensitive comments” to his staff on subjects such as religion, sex and colour, the state department’s inspector-general has found.

Mr Johnson, a billionaire scion of the family that founded the Johnson & Johnson pharmaceutical company and the owner of the New York Jets franchise in American football, has served in the post since August 2017. He was appointed by President Donald Trump.

The inspector-general said the state department should undertake a formal assessment of Mr Johnson’s compliance with equal employment opportunity policies and “take appropriate action” based on its findings.

The state department said it disagreed with the recommendation. A spokesperson for the department said: “Ambassador Johnson is a valued member of the team who has led Mission UK honourably and professionally.”

As a result of the department’s response, the inspector-general said it considered the matter “unresolved”.

In a letter to the inspector general in May, Mr Johnson said: “If I have unintentionally offended anyone in the execution of my
duties, I deeply regret that, but I do not accept that I have treated
employees with disrespect or discriminated in any way.”

The report also found that Mr Johnson’s “demanding, hard driving work style” sometimes negatively affected morale at the embassy. He sometimes implied to staff that he felt were cautious or resistant that he might have them replaced, according to the report. 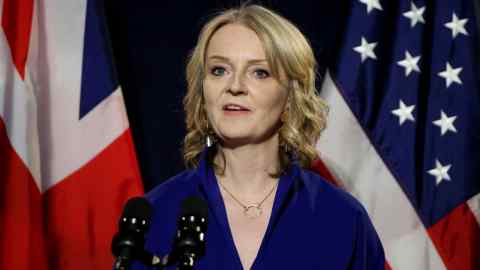 The Bureau of European and Eurasian Affairs, to which Mr Johnson answers, said he had watched a civil rights video on workplace harassment “given the concern expressed” and encouraged all staff to take the Foreign Service Institute training on mitigating unconscious bias. The bureau also wrote that the ambassador “is well aware of his responsibility to set the right tone for his mission and we believe his actions demonstrate that”.

The report did not respond to reports that Mr Johnson, a Republican party donor with no prior diplomatic experience, had suggested to senior UK officials in 2018 that they hold the British Open golf tournament at a Trump resort in Scotland.

A London embassy spokesperson said Mr Johnson was “fully focused” on relations with the UK, including negotiating a free trade agreement, helping the US and UK economies emerge from the Covid-19 pandemic “stronger than ever”, and securing both countries “against the full range of threats we face”.