For nearly two years, Square (NYSE:SQ) investors have seen their shares mainly trading within the $50 to $80 range. The stock has been struggling to stretch back to its all-time highs of around $100/share since its peak in Sept. 2018. In the meantime, however, the company has been consistently expanding both its financials, as well as its ecosystem of services. Driven by stellar growth in its Cash App, the company reported an exciting Q1 earlier this month. Despite shares rallying over the past couple of months, I can see Square going back towards $100/share and flying further beyond.

In this article, I will discuss: 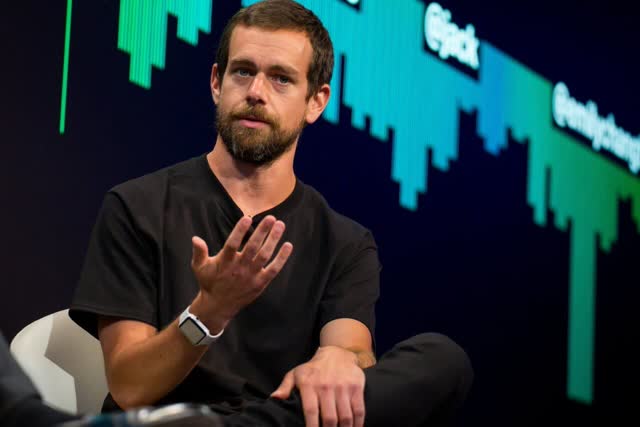 Square mainly started by offering point of sale (POS) solutions to small businesses. I have scanned my phone numerous times to buy my morning latte in their stylized devices in the U.K., though the majority of the company’s presence takes place in the metropolitan U.S. areas. In its letter for shareholders, the company stated that transaction-based revenue, for which Square charges a starting fee of 2.65%, was up 15% YoY. The segment was slightly affected by COVID-19 in the last two weeks of March but is still growing at an acceptable rate.

Where the explosive growth for Square lies, is its subscription and service-based revenues. Excluding Caviar, to make for a fair comparison, this segment grew sales and gross profits by 72% and 74%, respectively. This was made possible primarily because of Cash App, which added its largest number of net-new transacting active customers. This is exciting news! Square is reliant on the success of small businesses, as they drive around half of the company’s sales through transaction-based fees. The coronavirus forced many such businesses to shut down temporarily. On the flip side, it forced consumers to change individual behaviors and adopt in this stay-at-home economy, embracing Cash App’s features, such as peer-to-peer payments.

In fact, Cash App’s popularity has been explosive, recently surpassing its competitor Venmo, despite the latter having the first-mover advantage, dominating the market for the past few years. The graph below illustrates each app’s popularity based on its Google Trends analytics.

1. Square is targeting the U.S.’s most unbanked regions

The image below, published by the Federal Deposit Insurance Corporation, depicts the unbanked population rate for each state. While this goes back to 2017, it’s safe to assume that the relative percentages amongst states should be around the same. 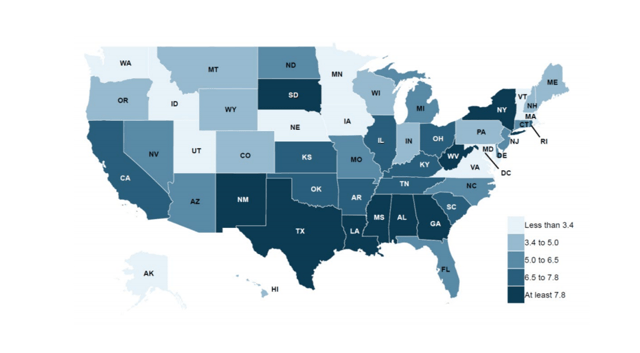 Google Trends reveals that Cash App’s popularity has been beating Venmo in around the same states the study of FDIC finds as the most unbanked. Square’s strategy towards targeting this demographic is therefore successful. 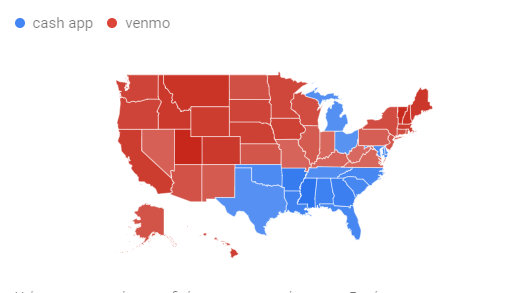 Another factor that has made Cash App viral is its social media promotion strategy. Firstly, the #CashAppFriday hashtag became viral on Twitter as the company literally started giving money away. Secondly, Cash App has partnered with many streamers on Twitch. Streamers benefit from receiving donations from viewers through the app, while Square grows its customer base the “cool” way. Transferring money is free for consumers, but Cash App charges businesses a juicy 2.75% to accept payment transactions.

In my view, Square is smartly handling its ecosystem. The company is actively competing with Venmo, which is backed by the much larger PayPal (NASDAQ:PYPL) and is succeeding. The Caviar sale was also a clever move, as the company unloaded the razor-thin margin company that may never become profitable for $410M.

Overall, Square has been well-managed, driving revenue higher consistently. Many growth companies initially enjoy quick expansion in their sales that gradually decelerates over time. However, Square has been steady with the rate at which it increases its top line, currently at 43.1%. 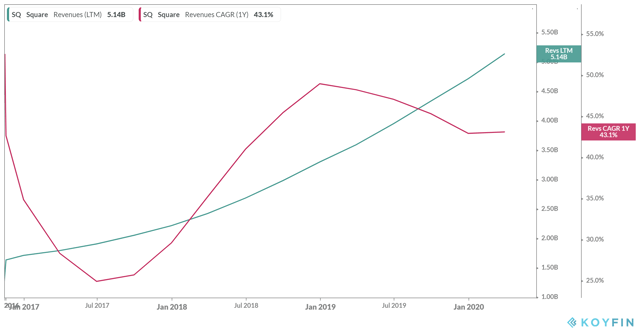 I think it’s clear that for the past two years the company has made significant progress, despite its stock following a less exciting pattern. The question is, are shares moving higher, and if so, at which price should one buy?

To find how much Square is worth today, I am going to use a discounted cash flow valuation model. I believe that is one of the better ways to measure Square’s price, since free cash flow is what drives value in the long term. It’s what could be potentially be distributed back to shareholders or reinvested by the company in the future. My initial assumptions are depicted in the table below.

The issue that arises is that Square is border-line unprofitable. Therefore, cash flow from operations is not accurate, as it is mainly derived by depreciation and stock-based compensation. We will thus have to be a bit creative and determine Square’s profitability based on its gross profits. Gross margins are currently around 40%. Since the company is almost breaking even, I am going to assume a conservative initial net profit margin of 6%. I believe that it is a prudent estimation that the company can achieve in the short term, considering its gross margins. Deducting its latest CAPEX of around $26M, we come out with a net income of around $300M [($5.14B*6%)-26M]. Now, operating cash flow should be a bit higher if we were to add depreciation and other factors, but I will stick with the $300M to be on the prudent side of things. The terminal growth rate is set at 2%.

I assume that FCF then initially grows by 30%, and then gradually decelerates towards the terminal. I believe that, again, this a prudent assumption, reflecting a lower initial growth than Square’s current sales growth.

The model comes out with an intrinsic value per share of around $108, implying a 34% upside from Square’s current price of $81. Square’s current revenue growth is not showing signs of a slowdown, as I have assumed. Moreover, Square could potentially achieve much higher net profit margins than just 6%, resulting in an even higher stock price.

Like with every other company, taking a position in Square comes with multiple risks. Firstly, coronavirus has slightly affected the company’s Q1 results. However, the more significant impact will take place in the company’s Q2 report. The company revealed that gross processing volume (GPV) was down 39% YoY during April. Considering the financial impact caused by the shutdown, many small businesses may find it hard to resume operations. This would adversely affect Square’s top line.

The company states another potential risk in its latest 10K related to its participation in the Paycheck Protection Program. Square has now exposed itself to uncertain risks as the requirements and processes of the program are still under development. Risks related to verification, forgiveness, and servicing loans may arise.

Finally, Square needs to constantly be innovating and staying ahead of the product and marketing curves. Like PayPal fell behind to the momentum of Cash App, the same could happen to Square when it comes to future competitors. Keeping ahead of the competition will also be a costly process, as the company’s current promotion strategies have been proven to be.

The market has had mixed feelings for Square over time. Many have gotten excited about its future growth prospects, while others have called the stock over-hyped. Shares have traded mostly sideways for the past two years, but the company itself has grown into a diversified ecosystem of products and services. Sales have been hitting all-time highs by the quarter, raising the question of when will the stock eventually breakout.

In my view, the market is starting to realize Square’s value, causing the recent rally towards $81. According to the discounted cash flow model, and the company’s underlying growth, I believe that the $100/share point is not far and should materialize sooner than later. I rate the stock as a buy at its current price.

As always, thank you for reading. If you liked this article, please consider following me here on Seeking Alpha. Your support is much appreciated.

Disclosure: I am/we are long SQ. I wrote this article myself, and it expresses my own opinions. I am not receiving compensation for it (other than from Seeking Alpha). I have no business relationship with any company whose stock is mentioned in this article.