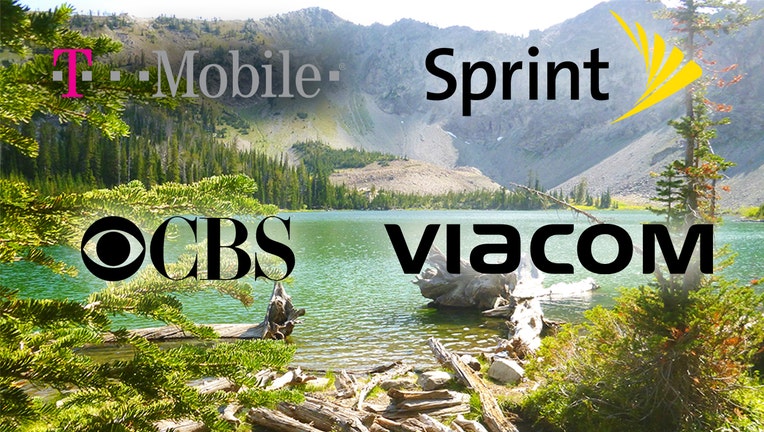 Hiking in the gorgeous wilderness in Central Idaho, the Sun Valley and Mackay Idaho area offers more than an ample supply of extremely diverse and gorgeous lakes, creeks, forests, canyons, mountains, and wildlife to keep you busy for years.

For three days every July, the big action in the world of media and technology is supposed to move to the small resort town of Sun Valley, Idaho, where CEOs and other business leaders gather to attend Allen & Company’s annual conference, also known as the “Summer Camp for Billionaires.”

While the list of billionaires and power brokers at this year’s confab won’t disappoint (Fox Chairman Rupert Murdoch, Comcast Chairman Brian Roberts, Amazon chief executive Jeff Bezos, Tim Cook of Apple and Disney’s Bob Iger are expected to attend), those looking for action – particularly in the world of media and telecommunications mega-mergers – might want to stay in Washington, D.C., or New York City.

That’s because by the end of the conference later this week, at least one major mega-deal will likely get a much coveted green light from the Department of Justice’s Antitrust Division, while another deal could move significantly closer to completion, FOX Business has learned.

Barring a last-minute change in direction, the DOJ could make an announcement by Tuesday or Wednesday on the $26 billion deal to merge telecom giant T-Mobile US Inc. with Sprint Corp., according to people with direct knowledge of the matter. The deal involves delicate negotiations with another telecom player, Dish Network’s chairman, Charlie Ergen, who is negotiating the purchase of spectrum and other assets from the merged companies to start a new wireless carrier and relieve antitrust concerns.

The DOJ is not expected to sue to block the merger if Ergen comes through.

But, that’s a big “if.” Ergen is known as a difficult negotiator, and in recent days he has already thrown a few curveballs that delayed the DOJ decision, people with knowledge of the matter say. All the more reason why people close to the talks tell FOX Business the timing of the DOJ’s announcement could be fluid, and the deal isn’t done until there is a press release.

At the same time in New York, progress continues on talks to merge CBS and Viacom, the media outfits controlled by the Redstone family’s National Amusements Inc., FOX Business has learned.

READ ALSO  Pandemics Are Over When The Public Decides They're Over

Shari Redstone, who has taken over the management of National Amusements for her ailing father, Sumner, will be attending the Sun Valley festivities. But Joseph Ianniello, the acting CEO of CBS and Robert Bakish, Viacom’s chief executive, won’t be. One reason: Management of both outfits are now actively engaged in negotiating possible terms of the deal, a significant development in its progression, people with knowledge of the merger say.

These talks have broken down in the past, of course. No formal deal terms are expected to be announced this week, but the two sides could finally do what Redstone had wanted for years and cobble together preliminary terms, including the breakdown of how much CBS, the bigger of the two outfits, will pay for Viacom and how that affects shareholders.

Also this week, the two sides could come to some terms on the new management, in which Bakish is considered to have the inside track given his closer relationship with Shari Redstone, the people add. If the discussions continue on their current trajectory, a formal announcement could be made in a month, these people said.

Spokesmen for CBS and Viacom had no comment. A DOJ spokesman declined to comment, as did press officials for T-Mobile, Sprint and Dish.

Ergen’s involvement in the T-Mobile deal with Sprint will certainly be a topic of conversation among the media mogul crowd in Sun Valley because it has been a source of irritation for regulators in Washington D.C. in recent weeks, people with knowledge of the matter say.

For starters, Ergen has been at odds with Federal Communications Commission chief Ajit Pai for what the FCC believes is Dish’s failure to create a promised wireless network while sitting on tens of billions of dollars’ worth of spectrum airwaves. The FCC could take back the licenses for that spectrum in 2020 if it determines that Ergen has failed to meet his commitment.

But over at the Trump DOJ, led by antitrust chief Makan Delrahim, Ergen may soon emerge as a hero by saving a deal that the administration believes is key to the development of super-fast 5G wireless technology. 5G could add significantly to employment and economic growth, which is why Trump economic aides are so keen on the deal being approved.

However, there are significant antitrust concerns. The DOJ and Ergen are essentially bargaining on the creation of a fourth major wireless network (Ergen would try to buy spectrum and other assets from the merger company) to address charges that the merger would lead to higher consumer costs. The transaction would eliminate one major carrier, leaving just AT&T, Verizon and the newly combined T-Mobile/Sprint, which some consumer advocates say will lead to higher wireless prices. Meanwhile, the merger faces intense opposition from Democrats in Congress and some attorneys general, who have already sued to stop it from closing.

Even as it looks like the DOJ is close to signaling its approval, the deal talks continued over the weekend. Sources close to the talks say Ergen delayed the DOJ’s approval at least once, coming back to the bargaining table to say he needed financing for at least part of his purchase. Some deal sources say it’s not inconceivable to Ergen to back out, leaving the DOJ stuck with finding another buyer of the spectrum to create its fourth network.

Another dynamic involves the FCC, which has already approved the merger, but adding Ergen to the mix means it must pass judgment once again since it will likely have to grant an extension on the build-out of his unused spectrum. FCC officials are wary of Ergen’s past promises and his role working with the DOJ on a merger he initially opposed, according to people with knowledge of the matter.

As a result, the FCC may want a detailed guarantee from Ergen on a wireless build-out to grant the extension, people with knowledge of the matter say. That said, the FCC is expected to approve any deal, even with Ergen, given the priority the Trump administration has placed on seeing it through.

Back in New York, one reason Bob Bakish is sitting in his office at Viacom’s headquarters and not hobnobbing with fellow CEOs in Sun Valley is that he was effectively blackballed from the meeting for nixing Allen & Co. from a Viacom deal, FOX Business was first to report. Another: He could soon be named CEO of one of the biggest media companies in the world if a CBS deal for Viacom goes through.

Because CBS chief Ianniello is also not attending the Sun Valley conference this year, he and Bakish have plenty of time to discuss a deal. And at least for now, one appears likely. Bankers representing CBS and Viacom are working out deal terms and “management is commiserating” about terms and the structure of the new company, people close to the matter confirm to FOX Business.

Of course, the talks are fluid and they could hit a snag and break down, as they have over the three years that the merger of the outfits has been considered. In 2006, Viacom and CBS were spun out of National Amusements, which retains a controlling interest in both. Over the years, Sumner Redstone gave the companies significant autonomy. But that changed in 2016 when Shari Redstone took de facto control of National Amusements and proposed merging the two companies as a way to deal with challenges such as cord-cutting, which has depressed ratings throughout the media industry.

Former CBS CEO Les Moonves – another Sun Valley regular – feared that Viacom, with its relatively weaker programming lineup of Nickelodeon, Comedy Central and MTV, would be a drag on CBS – a news, sports and television powerhouse.

With Moonves’ ouster last year over allegations of sexual misconduct, deal talks resumed slowly, though now they have picked up steam and a deal could be formally announced over the next month, people close to the matter tell FOX Business.

Still, possible snafus could arise over who will be named CEO of the combined media outlets, and how much shareholders of each company will receive in the newly combined entity, according to people with knowledge of the matter.

Ianniello, for instance, is considered a savvy dealmaker, which could make him a strong CEO candidate as the talks continue. The endgame for Shari Redstone and National Amusements could be to sell both when the merger is completed, meaning Ianniello’s skill set may be needed down the road.

But Ianniello was a longtime confidant of Moonves, and that places him at a disadvantage in the CEO race, these people add.

Fox, which was formed after Walt Disney paid $71 billion for the entertainment assets of 21st Century Fox, is the parent of FOX Business and Fox News.