The Dallas Fed reported the 12 mo Trimmed Mean PCE at 1.8% for July. The large decline in PCE reported by the media near 1% is an annual rate based on 1mo report. The Trimmed Mean reporting is designed to eliminate large near-term swings due to data collection. Last June’s 12mo Trimmed Mean was revised from 1.82% to 1.84%. The history of annualized 1mo inflation reports appears volatile and unrealistic if not averaged in some systematic approach causing traders to over-react.

When factored into the SP500 Value Investor Index (VII), the SP500 is priced at a ~33% premium to the VII. The VII is a value indicators and best used during major market corrections as witnessed March 2020 and Dec 2018. Major market peaks have occurred when investor optimism drove the SP500 in 2000 and 2007 which were 100% and 65% premiums to the VII.

The current premium reflects a relatively high level of pessimism for most stocks but for those 2-3 doz driving the SP500 higher. Most advisors continue to recommend caution and avoidance of equities as reflected in Money Funds with record levels of ~$4.5 trillion typically correlated in the past with recession lows. 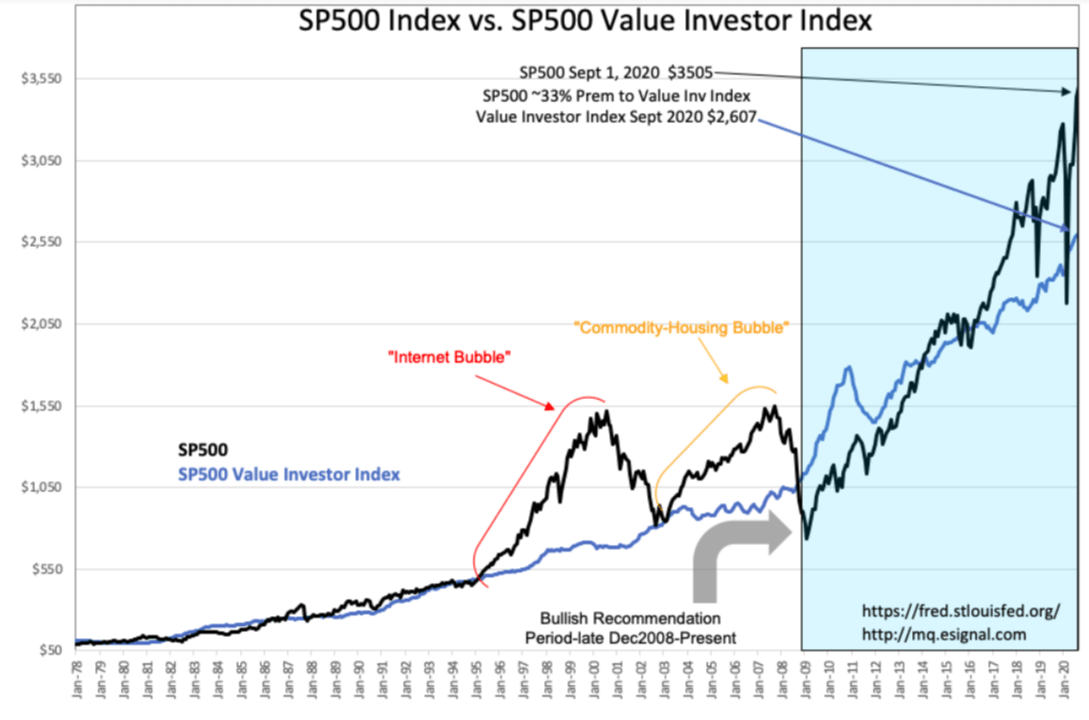 There is considerable capital likely to be deployed into equities as investor pessimism eases into optimism. Other than the FAANG issues, there are many equity opportunities yet available. Buy stocks of well-managed companies with active insider buying.