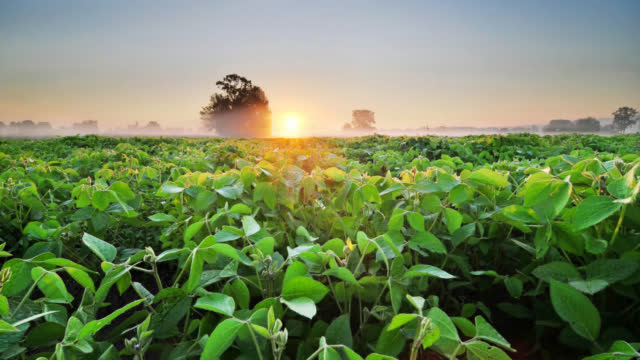 The Teucrium Soybean Fund (NYSEARCA:SOYB) provides investors unleveraged direct exposure to soybeans without the need for a futures account. Therefore, the decision to invest in this fund should be made after analyzing the soybean market. 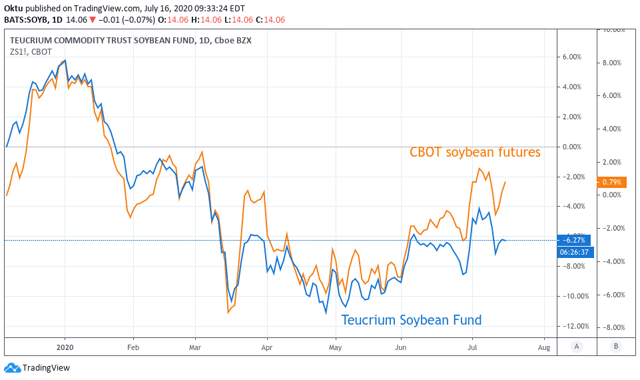 Soybean futures price is still below its three-year average. At the same time, a period of increased volatility has come. In general, now is a good time for a price rally. 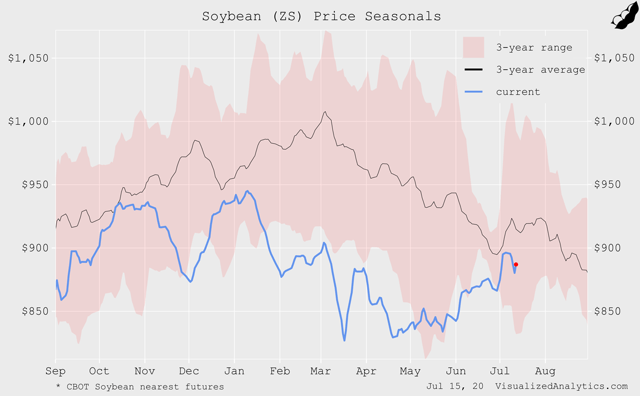 According to the USDA, as of the second week of July, the accumulated volume of exported soybean together with the outstanding sales in the U.S. amounted to 46.31 million tons. In the context of the previous five years, this is not much:

But it already exceeds the USDA forecast for the current marketing year: 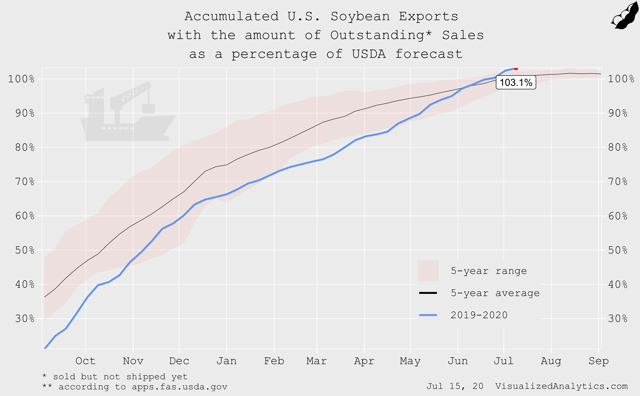 And the outstanding sales for the current and the next marketing year already exceed the average five-year level: 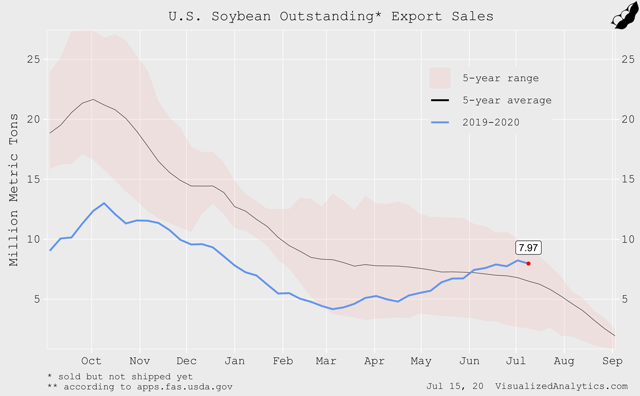 It is particularly noteworthy that China is showing interest in American soybeans: 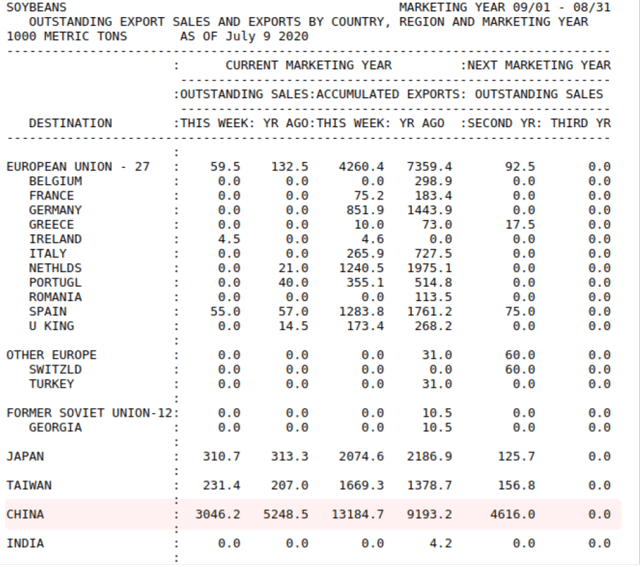 And even more importantly, the media write about it. Although in a cautious tone due to tensions between the U.S. and China:

State-owned Chinese firms bought at least three cargoes of U.S. soybeans on Monday, even as sources in China said the government had told them to halt purchases after Washington said it would eliminate special treatment for Hong Kong to punish Beijing….

…China on Friday increased its corn and soybean import forecasts for the current season, as the country is expected to step up purchases from the US…

The July USDA forecast has proved to be positive for soybeans. Without going into details, I want to note that the forecast for global consumption has been increased, and the production forecast has been reduced. The USDA now expects a slight deficit in this market:

READ ALSO  U.K. Investors, Make Sure To Look Across The Pond

In this context, we must recognize that the price of soybean futures is undervalued, as in the world: 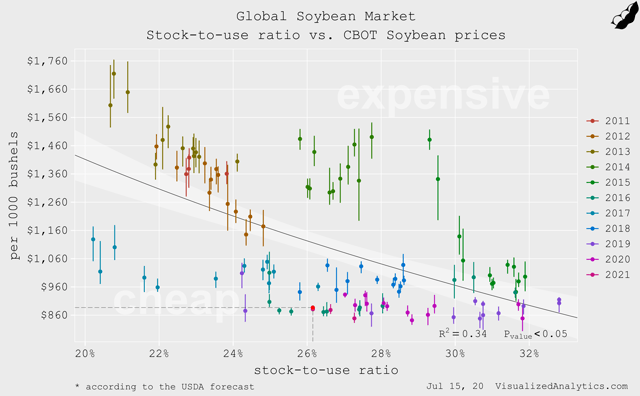 The money managers’ net long position in soybean is at the level of 99,243 thousand contracts, which is the annual maximum: 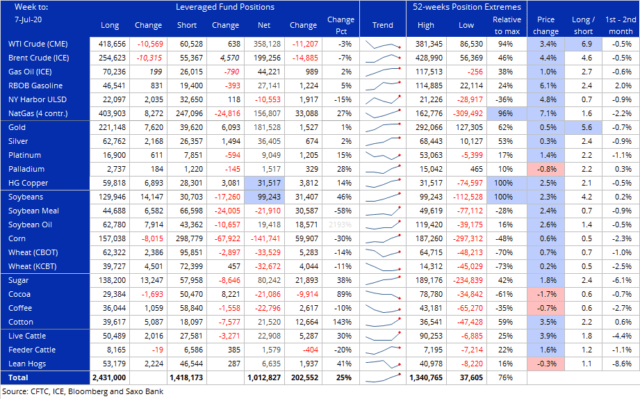 I like the soybean market right now. Of course, there is a risk of worsening relations between the US and China, but there are no ideal situations…

Especially, I like this market in a technical context: 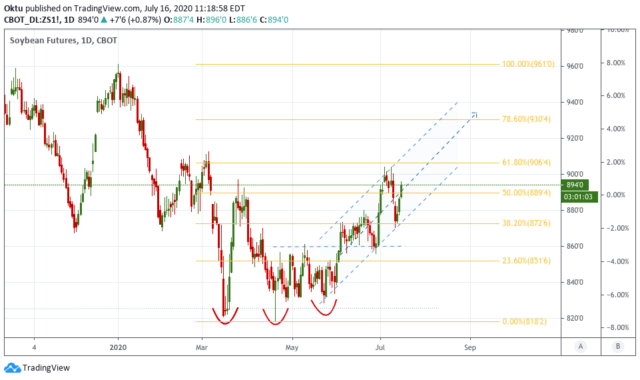 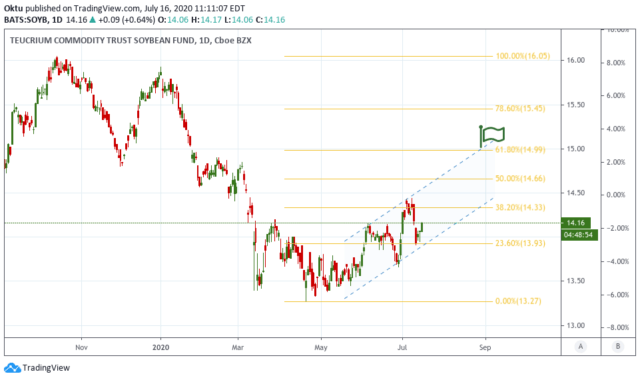