This is a Z4 Research Pre Merger Close Note.

In August, Southwestern Energy (SWN) announced an all-stock deal for Montage Resources (MR) exchanging 1.8556 shares of SWN for each share of MR. Encap, a 39% holder of MR, has signed a letter endorsing the deal. Shareholders are set to vote on the deal on November 12th and the deal will close upon that vote. We expect the deal to occur.

At the time of the deal, we honestly didn’t like it. We owned (and still own) MR and we saw the merger as creating a weaker balance sheet and higher pro forma TEV/EBITDA multiple relative to standalone MR which are simply not in our favor. We didn’t see it as needle mover either for Southwestern and we’re not big fans of the current craze of “no premium” deals. We labeled the $100 mm free cash generation as uninspiring and we were pleased with Montage’s management who had done an exceedingly good job of delivering on the underpromise overdeliver routine.

Fast forward nearly three months with closing expected next week. Natural gas has continued to improve in price for the 2021 and 2022 strip since the deal was announced driven by improving fundamentals: 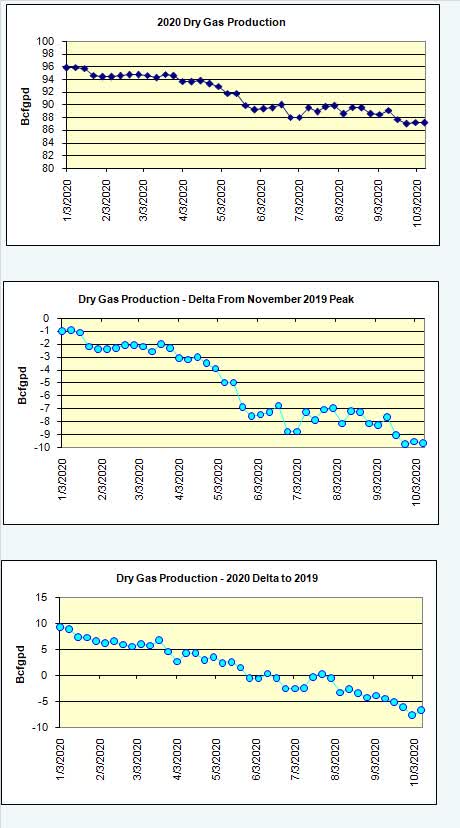 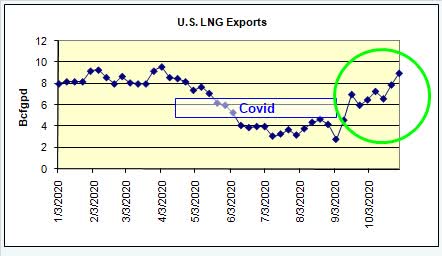 Solid demand from all segments despite threats from Covid-19: 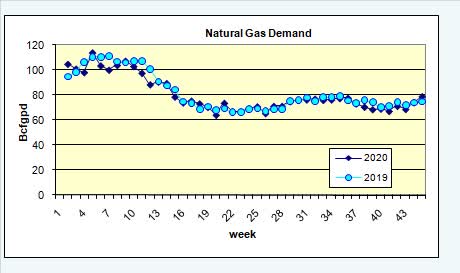 Meanwhile, the two stocks have done essentially nothing (down 18% for MR and 12% for SWN).

In our view, in light of the moves of gas which they sell and the share prices and the realization that scale is going to be needed in the next cycle we now view this, looking ahead from current levels as better deal for SWN. While it modestly improves their leverage metrics and maintains a similar production mix (albeit with just a little more oil as a % of total), relative to standalone SWN, they ended up acquiring MR on the cheap relative to where prices are now. When they announced the deal in August they highlighted $100 mm in free cash generation in 2021 and that moved to a much more significant $300 mm last week with SWN’s 3Q20 report.

SWN will not be offering return of capital to shareholders soon. MR would not have either. But they do offer investors a levered way to play both natural gas prices and liquids prices in a liquid trading vehicle that is more middle of the road leveraged relative to many of its peers and one that can begin to more meaningfully pare back debt levels next year.

Disclosure: I am/we are long MR. I wrote this article myself, and it expresses my own opinions. I am not receiving compensation for it (other than from Seeking Alpha). I have no business relationship with any company whose stock is mentioned in this article.

READ ALSO  Barriers to Sinology - As China’s power waxes, the West’s study of it is waning | China