Sogou (SOGO) has been a pretty shoddy performer since its IPO in late 2017. After a series of problems, including regulatory scrutiny, increases in traffic acquisition cost, and product transitions, all of which can be found in this lawsuit, the stock started dropping like a rock, declining from over $10 per share to just above $3 today. However, we believe the current low price does not accurately reflect the monetization potential of the company’s different assets and its technological prowess, and we believe there is substantial upside potential from the current price. 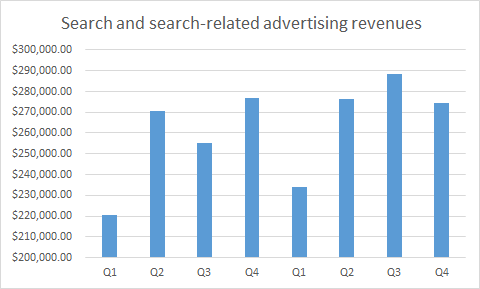 Sogou has the second-largest search engine in China, behind Baidu, with an 18.5% mobile search market share in December 2018 and 695 million MAUs, according to CTR (in Sogou’s 10-K). The main reason why Sogou’s search engine is so widely used is because, through a partnership with Tencent (TCEHY), Sogou is the default search engine for a range of Tencent products. It mostly generates revenues from search through pay per click advertising and makes up the majority of Sogou’s revenues and profits.

Search growth has slowed in recent quarters due to competition from short-form video platforms, but this has also helped to reduce traffic acquisition and other costs, which helps the company to grow its profitability. More recently, advertising has seen further headwinds due to the COVID-19 crisis, which will likely impact Q1 revenues substantially.

Over the long run, though, the outlook for advertising in China is great, with the sector expected to grow double digits over the next few years. 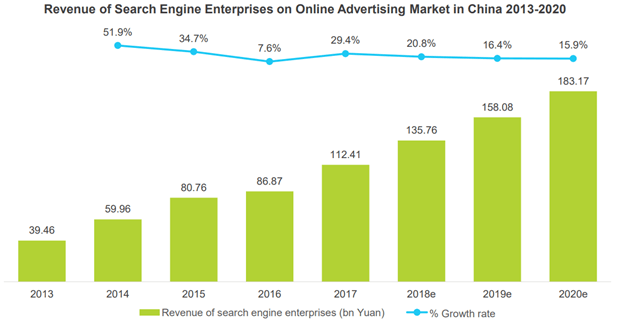 This is in line with management’s projections, which forecast a revenue decline in Q1 but growth in Q2 onwards as the advertising landscape starts to recover. While this business will struggle in the short run, it should do very well over the long run as the market continues to mature. 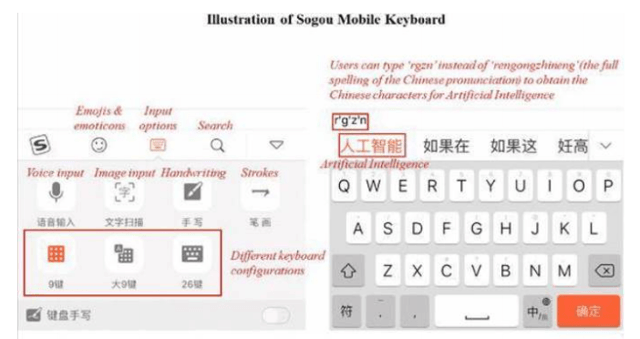 Sogou Mobile Keyboard is the third-largest mobile app in China in December 2018, according to iResearch, with more than 426 million MAUs, and is China’s largest and most popular voice app, based on internal data by the company (from the 10-K). The app interfaces with virtually all applications that involve Chinese language input, which allows Sogou to collect high-quality data about its users. It also helps to drive search traffic by allowing users to search directly with Sogou Search through its embedded search function.

Mobile Keyboard is incredibly hard to monetize, as it is, after all, a keyboard input app. Therefore, Sogou needed to develop a recommendation service in order to fully exploit the commercial value within this app. Using the data collected from users, the company can develop accurate user profiling and improve the algorithm to make targeted recommendations. In the future, Mobile Keyboard will be operated as a channel for Sogou to push various information and various content and services to users.

In 2019, revenue generated from the recommendation service increased by nearly 90%, and management intends to further grow this in the future by tapping into additional use cases and fulfilling the needs of users. While monetization will take time, we believe there is a lot of potential for this platform due to its incredible popularity in China. 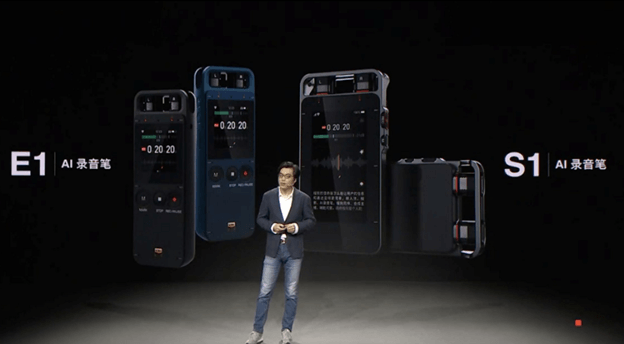 The business has shown strong momentum recently due to new product launches like the AI Smart Recorder C1 and C1 Pro, which, according to Sogou, top bestselling charts on several mainstream e-commerce platforms.

The company has also used its AI capabilities to offer a smart transcription service, Sogou Dictation Service, which enables consumers to easily transcribe, store, and edit voice recordings for users on mobile and PC at a 95% accuracy rate.

According to management, revenues from Smart Hardware are around $90 million a year, with profitability expected in 2021. This is a business in which we see massive potential, especially since existing transcription services and products like Google Translate are absolutely horrendous.

Currently, Sogou trades at a valuation of around 20x 2019 operating earnings, but if you adjust for the short-term unprofitability in Q1 caused by inflation in traffic acquisition costs, that valuation shrinks to 13x-14x. The valuation would likely be even lower if you take out the unprofitable hardware business.

For an asset-light search business showing low-double digit growth in revenues, this valuation seems fair, but if you consider the strong growth in smart hardware and mobile keyboard, then the valuation starts looking pretty attractive. Sogou believes it will start to accelerate revenue growth using these two segments in Q2 2020, so it won’t take a long period of waiting before this inflection point is reached.

Obviously, a major risk we’re looking at is fraud. With high-profile companies like Luckin Coffee (LK) and TAL Education Group (TAL) collapsing due to disclosing fraud, investors need to be careful when investing in Chinese companies. However, we have some confidence in Sogou’s numbers due to Sensor Tower data showing high traffic for its website and due to the fact that Tencent owns a substantial number of the company’s shares.

Overall, we believe Sogou will likely turn out to be a good buy over the next few months as revenue growth starts to accelerate from new initiatives and as China’s economy continues to recover from the impact of COVID-19.

Disclosure: I/we have no positions in any stocks mentioned, but may initiate a long position in SOGO over the next 72 hours. I wrote this article myself, and it expresses my own opinions. I am not receiving compensation for it (other than from Seeking Alpha). I have no business relationship with any company whose stock is mentioned in this article.