Socialism: Is It Different This Time? In a new essay, Noah Smith, a columnist for Bloomberg News, gives a begrudging nod to capitalism, or at least capitalism with low-level interventions and Keynesianism, over communism:

The 20th century represented the triumph of mixed economies over central planning…
Communist states, such as the Soviet Union, Mao’s China, North Korea and so on suffered various degrees of economic failure amid rigid central control of the economy. Meanwhile, countries that relied on government regulation and fiscal redistribution simply to smooth out capitalism’s rough edges — the U.S., France, Germany, Japan, South Korea — experienced political stability and rising living standards.

Would [Bernie]Sanders’s brand of socialism fail the way 20th century communism failed? To think about that, it’s important to consider why markets tend to work in the first place.

Economists generally think that markets have three big advantages over Soviet-style central planning. The first is information. Market prices tell companies what consumers want, preventing them from wasting resources on useless stuff. Prices also tell producers how to be more efficient and hold down costs. All of that tends to increase the productivity of an economy. The second benefit of markets is competition. This pushes down consumer prices, and it also drives companies to innovate, develop new products and find better ways of making things. The third benefit is trade. Different regions can specialize in making different products, allowing greater efficiency and more variety.

Information, competition and trade were all sorely lacking in the insular, centrally planned economies of the communist bloc during the Cold War; collective agriculture led to the starvation of millions, while communist manufacturing was famously inefficient.

But developed economies look little like the industrial economies of the mid-20th century. Private manufacturing is only 11% of the U.S. economy, while farm output is just 1%. Meanwhile, health care has been steadily climbing as a share of gross domestic product…Most developed countries show a similar pattern. They’re also spending more on education. These industries are responsible for a growing share of employment…

It’s very possible, therefore, that the future of advanced economies will be a plateau in the output of manufactured goods and food and an increase in the consumption of services…

And the service industries of the future may not be as subject to the magic of free markets as agriculture and manufacturing. Prices in health care are not very good signals of cost and value because of asymmetric information, uncertainty and other problems; this is why you don’t often see people price-shopping for health services. As for education, its benefits lie in the distant future and are hard to gauge in advance; many people derive great benefit from college, but the economic gains don’t seem closely related to the price paid. And when people don’t know what they’re getting or aren’t able to shop around, competition can’t work its magic.

So if the new socialists can stick to the service industries, they may find success where their 20th century predecessors failed.

That changed after the FedEx envelope: 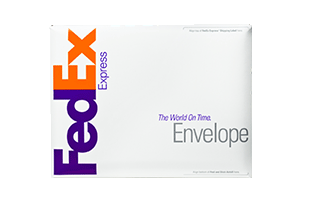 The FedEx envelope was just enough of a development to trigger in most the understanding that, “Yeah, the government is not necessary for mail delivery.” No one even raises the cost of the FedEx letter as an objection, they now seem to get that private carriers for regular surface mail could deliver mail at a reasonable rate.

Smith appears to be stuck in this “Post Office problem before Federal Express” when it comes to education and healthcare but it is a worse form of the disease. At least when it came to the post office question, everyone understood, and still understands, that the U.S. Post Office is for all practical purposes a government entity.

Smith appears to have no understanding of how involved government currently is in education and healthcare, from heavy regulation to extensive subsidies that distort the delivery of the services.

In other words, government has gotten much slicker since the creation of the post office. Even a high information, generally astute guy like Smith, doesn’t seem to make the government connection.

Prices in health care are not very good signals of cost and value because of asymmetric information, uncertainty and other problems; this is why you don’t often see people price-shopping for health services. As for education, its benefits lie in the distant future and are hard to gauge in advance; many people derive great benefit from college, but the economic gains don’t seem closely related to the price paid.

No, it is not a case of asymmetric information. It is about the government-manipulated structure of  the healthcare system, which limits the incentive for patients to search out price differences, and the regulations which block out low priced competition  (Starting with the limit of medical schools in the country).

READ ALSO  "You're Forgetting Who You Are As A Journalist": Rand Paul Slams Stephanopoulos In Sunday Spat Over Election Integrity

In other words, what Smith argues caused the boom in 20th centiry economies over communism, especially market competition that “pushes down consumer prices, and…also drives companies to innovate, develop new products and find better ways of making things,” would occur in healthcare and education if markets were free and unhampered by regulations and subsidies. But like the post office supporters of old, it is just too big of a paradigm shift for many to think about these alternatives. Though there are significant technological advances in both healthcare and education that work around the government regulations that maybe, just maybe, we might at some future point see the “FedEx envelope trigger” that will cause people to understand how we can get better product and lower prices via free markets in education and healthcare.