Snap posted record revenues and attracted the highest-ever number of advertisers to its platform in the third quarter, boosted by a boycott of rival Facebook by marketers over the summer.

Revenues at Snap, the parent of the camera and messaging app Snapchat, jumped 52 per cent in the third quarter to $679m. Analysts had expected $552m.

In prepared remarks, Derek Andersen, chief financial officer, said that “the auditing of social media platforms by many advertisers and agencies” — which had taken place as hundreds of groups boycotted Facebook in July for its stance on political speech and content moderation — “was ultimately constructive towards building and expanding our relationships with many of these advertising partners”.

More than 1,100 companies committed to pulling their digital advertising dollars from Facebook for at least July in protest at its perceived failure to tackle hate speech after the killing of George Floyd; many then reassessed how and where spending was allocated.

Mr Andersen said that many of the potential coronavirus-related headwinds that the company had warned of during its last quarterly report — for example, that advertising demand could remain low if back-to-school season or film releases were wiped out by the pandemic — “did not fully materialise”.

Shares in the company rose more than 22 per cent in after-hours trading.

The Los Angeles-based company has launched new ad formats over the past year in a bid to woo spending away from Facebook and Google’s YouTube. It has also continued to invest in developing a self-service ads business to make it easier and cheaper for small and medium-sized businesses to place commercials, bringing it in line with its larger counterparts.

Snap also enjoyed a boost in usage from coronavirus lockdowns. Daily active users in the quarter rose 18 per cent year-over-year to 249m.

Net losses shrunk to $200m from $227m, less than consensus estimates compiled by S&P Capital IQ, which suggested they would widen to $269m.

Snap’s Mr Andersen said that the company expected fourth-quarter revenue growth of between 47 and 50 per cent if “the current favourable operating conditions persist”.

On top of the boon from the ads boycott, the company said that it was seeing rising interest in its augmented reality offering, citing contracts with brands such as Levi’s and Kohl’s that allow users to “try on” outfits in augmented reality with its camera lenses, at a time when many shops are still facing lockdown restrictions. 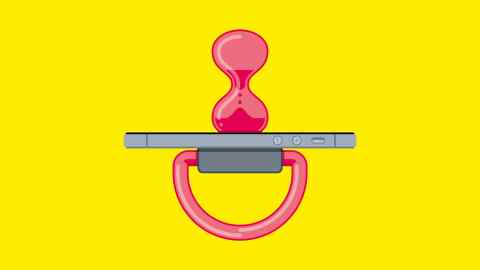 “The adoption of augmented reality is happening faster than we had previously anticipated, and we are working together as a team to execute on the many opportunities in front of us,” said Evan Spiegel, Snap’s chief executive.

But the company faces an increasingly crowded marketplace. Facebook announced last month that it intended to release its first pair of consumer augmented reality glasses next year and was partnering with Ray-Ban maker Luxottica to design the frames.

Debra Aho Williamson, principal analyst at eMarketer, noted that much of Snap’s user growth was driven from outside of North America and Europe, as the initial gains in users in those regions due to the pandemic subside.

“We expect to see similar slowdowns in North America and Europe when Twitter and Facebook report their own Q3 results next week,” she said.

Previous PostNation opens further to foreign investorsNext PostWhat Happens If No One Wins?