Welcome to Orchid’s Silver weekly report, in which we wish to deliver our regular thoughts on the silver market through the Aberdeen Standard Physical Silver Shares ETF (SIVR).

SIVR is now very close to our target of $18 per share after enjoying a stellar rebound from its March low, in line with our expectations. 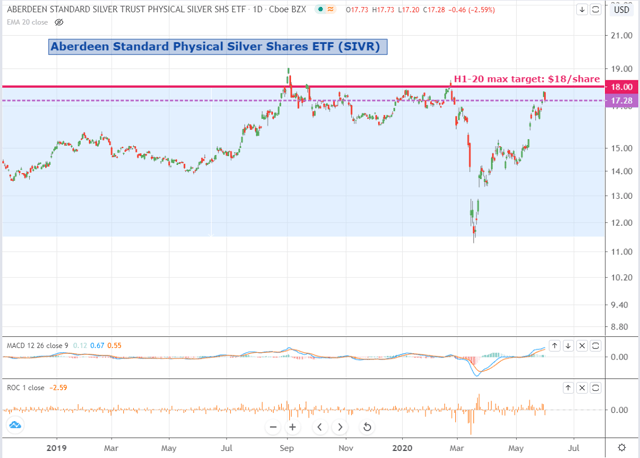 As we noted back in March, SIVR was exceptionally cheap, leading us to expect a meaningful rebound.

While we contend that the precious metals space, including silver, could take a pause in June due to healthy profit-taking and negative seasonal trends, we think that silver will continue to outperform gold in the months ahead. This is because silver remains too cheap compared to gold after the massive price divergence in Q1. This is reflected in the gold:silver ratio. 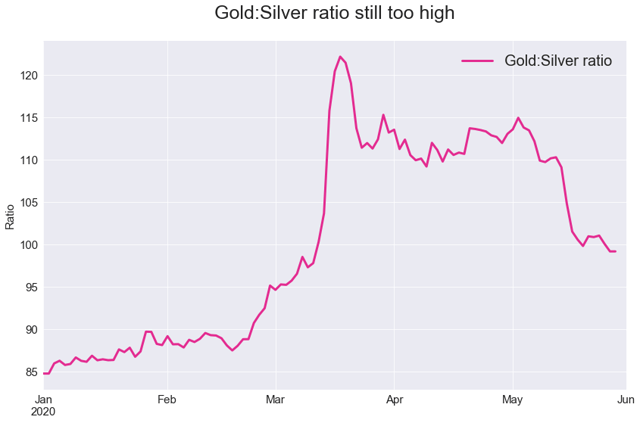 While we have not yet elected our bullish target for Q3, we would be inclined to reinforce long positions in SIVR in case of sudden weakness in the months ahead, due to poor seasonal patterns in the summer months. 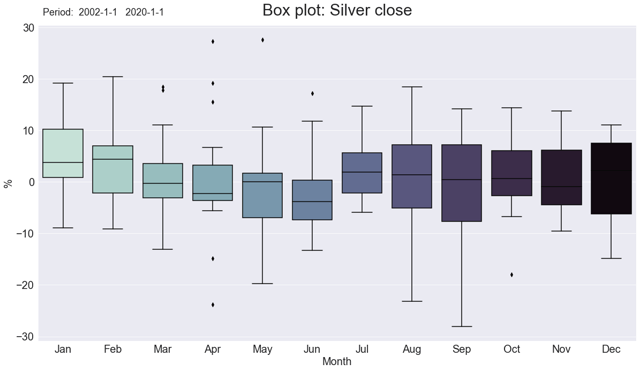 The physically-backed methodology prevents investors from getting punished by the contango structure of the Comex silver forward curve (forward>spot), contrary to a futures contract-based methodology.

For long-term investors, SIVR seems better than its competitor SLV, principally because its expense ratio is lower (0.30% for SIVR vs. 0.50% for SLV), which is key to make profit over the long term.

READ ALSO  Parents Are Paying $50,000 To Reserve Spots At NYC Private Schools Even Though Kids May Never Attend 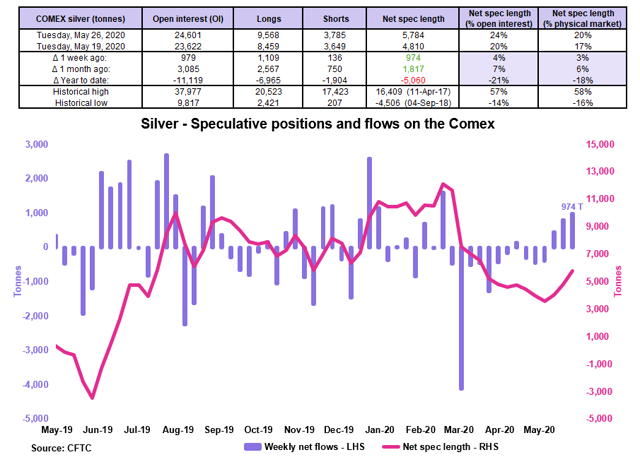 The speculative community raised significantly by the equivalent of 974 tonnes its net long position in COMEX silver in the week to May 26, according to the CFTC. This represents around 3% of the annual supply of silver.

This was the third straight weekly increase in the net spec length and the largest increase since mid-February.

Speculative sentiment toward silver has shifted positively, corroborating our expectations.

Silver’s spec positioning is still light, as evident in its net spec length at 24% of open interest. This suggests plenty of room for additional spec buying.

Implications for SIVR: The positive shift in sentiment among the speculative community should lift the COMEX silver price, which, in turn, should push SIVR higher. 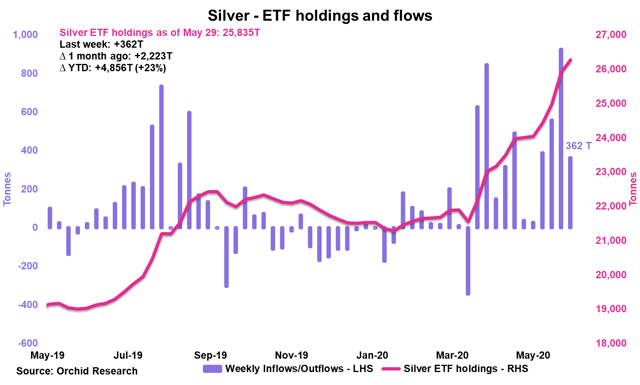 ETF investors bought silver at a robust clip of 362 tonnes in the week to May 29, according to our estimates. This was the 11th straight week of ETF buying.

A positive shift in sentiment among ETF investors has also taken place since the start of Q2.

We think that ETF investors have realized that silver was too cheap to be ignored considering its safe-haven characteristics. As a result, some investors have built long positions in silver in addition to their exposure to gold.

Implications for SIVR: The positive swing in investor sentiment toward silver is positive for the COMEX silver spot price and thus SIVR.

In line with our expectations, SIVR has rebounded tremendously from its March low. The positive shift in sentiment among financial players suggests that SIVR could rally much further into year-end. We also think that silver could continue to outperform gold in the months ahead because the divergence between both precious metals remains too pronounced after the massive underperformance of silver in Q1.

Having said that, we caution that seasonal price patterns are not friendly in the summer months so short-term weakness cannot be ruled out. We would buy the dips strategically in case of renewed weakness in SIVR.