It’s been an incredible first half of the year for the junior mining space with several names putting up triple-digit returns. However, while some juniors have earned their outperformance with world-class projects that continue to grow, other gold juniors have simply gone along for the ride, despite inferior investment propositions to the best names in the space. Unfortunately, for Silver Tiger Metals (OTCQB:SLVTF) investors, the recent 400% surge looks to be an example of the latter case. This is because there’s been no material news to date, and the company has been out of favor for years, until the recent name change from Oceanus Resources. In fact, I would argue that any recent news has been negative, with yet another financing near multi-year lows, continuing a trend of lower priced capital raises that’s been in place for nearly 3 years. Based on the significant dilution we’ve seen and the stock now being more than 70% above its 200-day moving average, I believe investors would be wise not to chase the stock here. 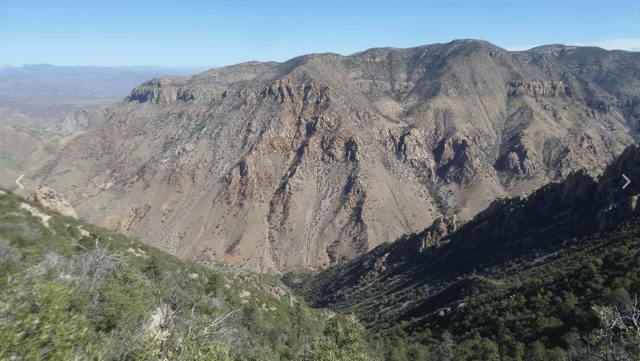 For those unfamiliar with the Silver Tiger Metals story, they wouldn’t be at fault, as the company has recently re-branded itself as Silver Tiger, after several years of trading under the name Oceanus Resources. The company’s flagship project is the El Tigre Project in Sonora, Mexico, an extremely well-endowed gold district, with El Tigre sitting 100 kilometers from SilverCrest’s (SILV) Las Chispas, and 125 kilometers from Agnico Eagle’s (AEM) Santa Gertrudis. Silver Tiger has secured a 28,000-hectare property in the district next to the past-producing El Tigre Mine, which saw historical production of 67 million ounces of silver and 325,000 ounces of gold. Let’s take a closer look at the project below: 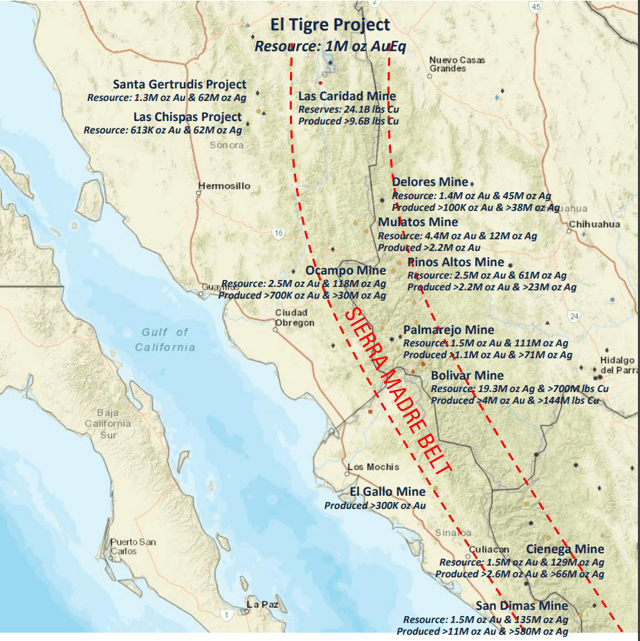 As we can see in the map above, the El Tigre Project borders onto the Sierra Madre Belt, a prolific gold-silver belt in Mexico with several million-ounce gold deposits in the area. During 2017, Silver Tiger Metals announced a maiden resource estimate on its property of 1.0 million ounces of gold at an average grade of 1.05 grams per tonne gold-equivalent, a decent resource size for a micro-cap junior miner. However, the majority of the resource is quite low-grade at just 0.77 grams per tonne gold-equivalent. This is the highest confidence portion of the deposit as the only high-grade portion of the deposit is inferred, with no guarantee that it will ever be moved into higher confidence measured or indicated categories. While this doesn’t imply that the current resource isn’t economical, it would be preferable to have the relatively higher-grade ounces in the indicated category to confirm that there are at least 500,000 ounces of 1.0+ gram per tonne gold material here.

READ ALSO  Despegar.com: A COVID-19 Vaccine Play That Nobody Is Paying Attention To (NYSE:DESP)

As we can see in the map below, the company is currently focusing on a 6-kilometer strike within the total 30-kilometer strike length on its property, with some moderate drilling success to the north and south of the main resource area in early 2017. Drill hole ET-17-133 was drilled just south of the main deposit and intersected 67.6 meters of 1.49 grams per tonne gold equivalent, a solid hole considering that it was above the average resource grade over reasonable thickness. Silver Tiger also intersected 9 meters of 1.86 grams per tonne gold-equivalent 400 meters to the south of the main resource area, suggesting that there could be more favorable mineralization here. Finally, the company intersected 3 meters of 36.6 grams per tonne gold over 800 meters north of the main deposit in ET-17-144. While this was a high-grade hole, it’s relatively narrow, so it is not conclusive of significant mineralization here. These step-out holes were encouraging to the exploration program, but we saw an underwhelming finish to the 2017 drill program and a dearth of drilling since. 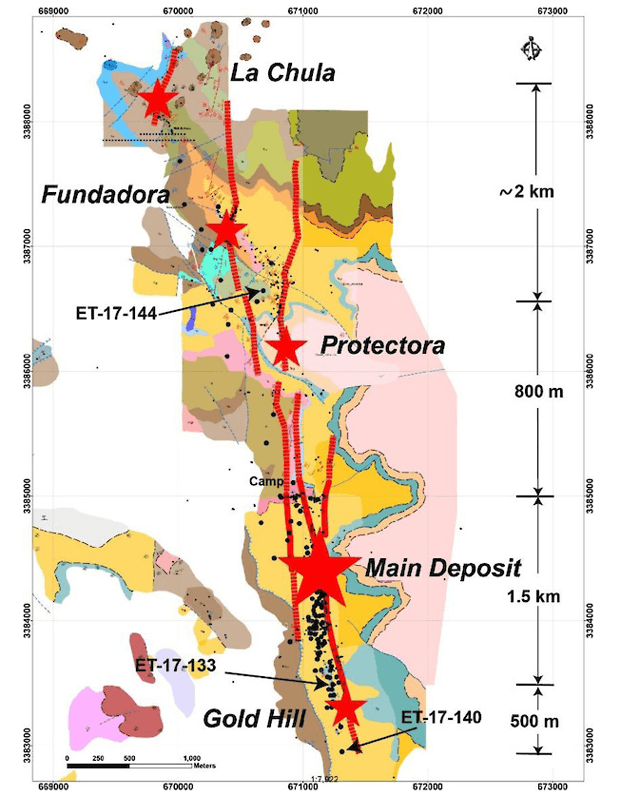 This has been quite disappointing for investors with minimal material news-flow in two years, and the share price has reacted accordingly, plunging more than 80% from Q3 2017 to Q4 2019. Given that explorers must continuously go to the market to raise new funds, this weak share price performance has contributed to a bloated share count, with 243 million shares fully-diluted currently. Meanwhile, the capital raises have continued to come in at successively worse prices, one of the red flags I watch for when investing in juniors. This means that while Silver Tiger was previously valued at US$35 million based on less than 140 million fully-diluted shares in 2016, it’s valued at US$68 million this time around at roughly the same share price. We can take a closer look at the trend in financing prices below:

As we can see in the above chart, the company was previously able to raise money in 2016 and mid-2017 at C$0.23 to C$0.30 per share, as there was a healthy appetite from the market in the company’s story. However, following the 2017 resource estimate, the subsequent capital raises were completed at C$0.13, C$0.06, C$0.06, and C$0.07 in May. This is a significant drop in the price at which money was being raised and suggested that the market had no interest in the Silver Tiger story whatsoever. Meanwhile, it’s led to significant dilution, with the share count growing by over 40% over the period despite minimal progress on the property. The most recent capital raise was completed at C$0.30 per share, with another 36 million shares issued, with warrants attached. This recent raise has improved Silver Tiger’s balance sheet with US$8 million in cash, but it’s increased the fully-diluted share count to 243 million shares, nearly double the share count in 2016. While a doubling of the share count in the past three years is not unheard of in the junior sector, the issue is the limited progress despite this dilution. Marathon Gold (OTCQX:MGDPF) has doubled its share count in four years, but it’s also added 3 million ounces of new gold resources with this dilution; Silver Tiger has completed minimal drilling since 2017 and has made limited progress.

Some investors might argue that 2017 through 2019 was a difficult period for the gold juniors, which is why Silver Tiger was forced to raise money at lower prices. While this is true, the companies worth owning found a way to avoid dilution, and the Marathon Gold chart above proves this. As we can see, the company has seen a steady uptrend in the price at which it has been raising money, and this occurred despite the bear market in gold juniors we saw from early 2017 through to 2019. Therefore, I do not believe the bear market is an excuse for the significant downtrend in the price at which capital was raised for Silver Tiger. While the most recent capital raise was an improvement, it had warrants attached to it and is nowhere near comparable to the continuously higher-priced financings that the better juniors have completed over the past three years. 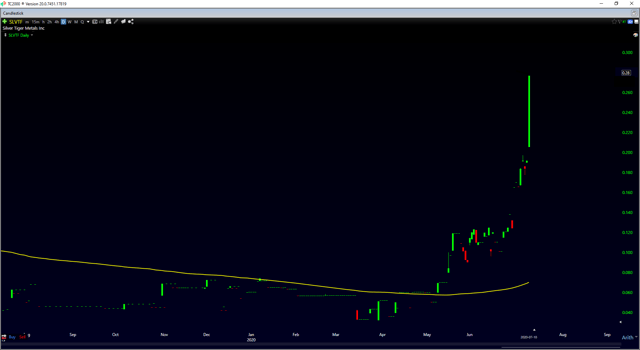 Despite minimal progress completed on the property the past two years, and one of the worst trends in the price at which capital has been raised in the sector, Silver Tiger has been bid up massively just recently, up 400% year-to-date. This has pushed the stock to a valuation of $68 million based on 243 million fully-diluted shares and a share price of US$0.28. Based on a 1 million ounce resource, Silver Tiger is now trading at a valuation per ounce of US$68.00. This is quite lofty for a relatively low-grade explorer in a Tier-2 jurisdiction, given that most Tier-2 explorers are trading at a valuation of US$40.00/oz, and most Tier-1 low-grade explorers are not trading at US$68.00/oz. For comparative purposes, Integra Resources (OTCQX:IRRZD) is currently trading at a valuation of just US$36.00/oz in Idaho, with over 4 million ounces of gold. Therefore, I see Silver Tiger Metals as fully valued here, and the most overbought it’s been in several years. While this doesn’t mean the stock can’t go higher if market participants continue to bid up the sector with abandon, it does mean that the reward to risk is no longer favorable for investors above US$0.28. 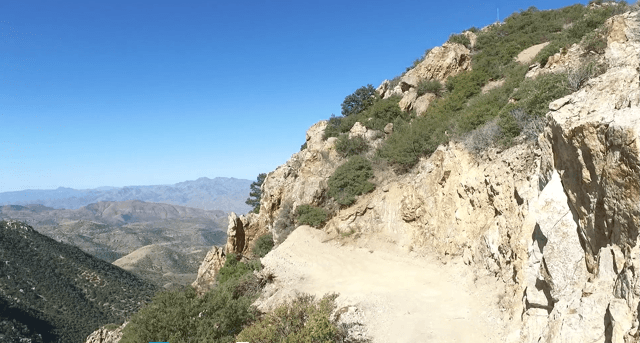 While share-price performance alone might suggest that Silver Tiger is a winner, I would argue the opposite and caution against paying up for the stock. The average enterprise value per ounce for Tier-2 jurisdiction explorers is currently closer to US$40/oz, and Silver Tiger is trading more than 50% above this valuation. Meanwhile, the stock is becoming quite overbought, and over 80% above its 200-day moving average, which often leads to weakness over the coming weeks. Therefore, I believe investors would be wise not to chase the stock above US$0.28. Currently, I see dozens of better opportunities in the sector, as several explorers are trading for US$50.00/oz or lower with better projects in more attractive jurisdictions.

Disclosure: I am/we are long GLD, IRRZD, SILV. I wrote this article myself, and it expresses my own opinions. I am not receiving compensation for it (other than from Seeking Alpha). I have no business relationship with any company whose stock is mentioned in this article.