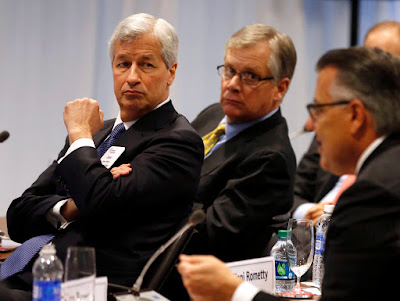 It reads in part:

Since 1978, Business Roundtable has periodically issued Principles of Corporate Governance that include language on the purpose of a corporation. Each version of that document issued since 1997 has stated that corporations exist principally to serve their shareholders. It has become clear that this language on corporate purpose does not accurately describe the ways in which we and our fellow CEOs endeavor every day to create value for all our stakeholders, whose long-term interests are inseparable…

While each of our individual companies serves its own corporate purpose, we share a fundamental commitment to all of our stakeholders…

Investing in our employees. This starts with compensating them fairly and providing important benefits. It also includes supporting them through training and education that help develop new skills for a rapidly changing world. We foster diversity and inclusion, dignity and respect…

Supporting the communities in which we work. We respect the people in our communities and protect the environment by embracing sustainable practices across our businesses.

The above is simply bizarre. It shows that the 181 CEOs who signed the statement have no idea of what they do when they push to earn profit for their firms.

Profit in a free market economy is nothing more, nor less, than the result of combining natural resources, labor and capital at a price that is less then the combined product created can be sold for. Since the “sold for” price always ultimately reflects consumers desires, the greater the profits, in effect, the greater the applause from consumers for the effort.

This is how businesses serve the economy. Any other demands on business, even if made by the Business Roundtable, reflect a basic failure to understand the incredible value of profit and how this is the sole important service that a business can provide to an economy.

As Ludwig von Mises put it:

Profit is the reward for the best fulfillment of some voluntarily assumed duties. It is the instrument that makes the masses supreme. ( Bureaucracy p.88)

Profits are the driving force of the market economy. The greater the profits, the better the needs of the consumers are supplied. For profits can only be reaped by removing discrepancies between the demands of the consumers and the previous state of productions activities. He who serves the public best, makes the highest profits. (Human Action p.809)

The idea that there are other stakeholders is delusional. There are suppliers, wage earners and customers but none of these play the role of combining the product in a manner that makes a profit. That is the role of the businessman. The suppliers and laborers simply compete in the market and provide their services and products to the highest bidder.

The idea that firms must invest in employees is faulty.

Israel Kirzner had it correct when he said:

I don’t believe in defenses of profit that say we have to pay for people’s know-how and skills. These items will have their own independent price on the market.

If I am looking for a Chief Financial Officer of a firm, I am certainly going to look for someone who already understands, for example, how to read a balance sheet and knows the difference between a debit and credit.

On the other hand, if I am a restauranteur at a high-end restaurant with delicacies that most people are not going to be familiar with, I am probably going to hold a class to teach my wait staff about the delicacies so that they can explain them to customers.

In other words, there is nothing inherent in firms which implies that in all cases it makes sense for them to “invest” in employees.  Sometimes it does, some times it doesn’t. And businesses must make this decision on an individual basis, not because of some proclamation from the Business Roundtable that it must be done.

“Fostering diversity and inclusion, dignity and respect…” is another absurd principle for a firm. Certainly, if a particular group is discriminated by others, it will make sense for the businessman who does not hold such prejudice to hire such people, since there will be less bidding for them by others. Though in the current day world, it appears that competition for labor is so fierce that there is little in the way of picking up some cheap discriminated labor on the market.

In short, the Business Roundtable should be ashamed of itself for exposing their ignorance about the nature of profit-seeking firms in a free market setting.

But, I rush to point out that while they have made this absurd proclamation bending to the profit-hating trends now in vogue, they have done nothing to warn firms against seeking crony gains which are not made be serving the consumer but by cozying up to government officials willing to distort the free market economy against competition with new regulations and who are also in favor of government products that are useless for the general public. Money gained in this manner is not profit, it is filthy lucre.

Why no objections to the very prevalent filthy lucre, Business Roundtable?

Are you just crony criminal posers in front of the clueless masses?