Shares of Chinese electric vehicle start-up Li Auto surged on their New York debut as investors bet the company could be China’s answer to Tesla despite rising tensions between Washington and Beijing.

Li Auto, which is backed by TikTok owner Bytedance and ecommerce group Meituan Dianping, jumped 43 per cent on its first day of trading on Nasdaq on Thursday.

The company’s initial public offering, which raised about $1.5bn including private placements, was a gauge of US investor appetite for Chinese technology companies.

This follows an accounting scandal at Luckin Coffee, the Starbucks rival whose stock plunged in April after it admitted to fabricating hundreds of millions of dollars in sales.

The Trump administration has also boosted scrutiny of Chinese companies listed in New York against a backdrop of intensifying friction between Washington and Beijing. Plans include forcing Chinese groups to de-list shares if they do not comply with US regulatory audits. The US is also weighing a ban on TikTok over fears of data security.

Video: How far will electric transport take us?

Analysts said investors’ concerns were outweighed by hopes the company could one day become the Chinese equivalent of Tesla, the US electric car group whose shares have risen by 500 per cent in a year.

I know it’s easy for people to compare Li Auto to Nio, but we are very different

“The US market clearly still has a large appetite for electric vehicles, but it’s frothy and there is probably a bubble,” said Tu Le, founder of Sino Auto Insights, a consultancy.

But Mr Le cautioned there was a gulf between the two companies. Li Auto has a market capitalisation of just $14bn compared with Tesla’s $277bn. The former has so far only sold a few thousand vehicles.

“Fundamentally Li Auto only has a record of a few months selling cars. You have to ask; are we even comparing apples to apples when we compare Tesla to these other Chinese automakers?” he added.

Founded in 2015, Li Auto had by June sold 10,400 of its six-seater sport utility vehicle, a hybrid that is mostly battery-powered but also uses a smaller combustion engine to boost its mileage.

While the backing of the likes of ByteDance could mean Li Auto has deep pockets, it faces intense competition in China, the world’s biggest market for EVs. 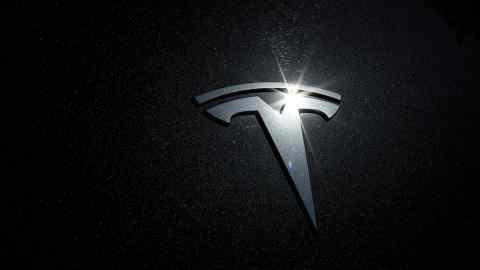 Nio, the only other Chinese EV maker to tap US markets, racked up huge debts after going public in New York in 2018. After almost a year of liquidity woes, the company received a $1bn cash injection in what some analysts described as a bailout. Still, Nio’s stock is up 260 per cent in the past 12 months.

A slowdown in China’s EV market has begun to thin out the hundreds of manufacturers that previously enjoyed generous government subsidies.

Sales have been falling since last summer and shrank by 35 per cent year-on-year in June. Still, Chinese demand for larger, more expensive EVs has been robust. Tesla sold nearly 15,000 of its Model 3 sedans in June.

However, early stage investors emphasised Li Auto’s strengths versus the local competition. Mingming Huang, founder of Future Capital, said the company was already selling its cars at a profit, unlike Nio.

“I know it’s easy for people to compare Li Auto to Nio, but we are very different,” he added.