Turns out that we might not all be in this together after all.

Two Republican US senators offloaded millions of dollars in stock after they had received private briefings about the coronavirus outbreak, but before markets crashed.

Stock sales for Kelly Loeffler of Georgia, and her husband Jeffrey Sprecher, who chairs the New York Stock Exchange, started on January 24, the same day her committee hosted an all-senators gathering with top health officials. By mid-February, 27 sales went through for her, worth up to $3.1m.

She also acquired shares in two tech companies, Citrix and Oracle, that are expected to benefit from the increase in homeworking. 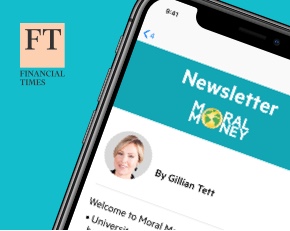 Meanwhile Richard Burr, chairman of the Senate Intelligence Committee, sold 33 stocks worth up to $1.7m on February 13. The North Carolina senator was already under fire for the contrast between the Republican party’s upbeat public statements about the virus and a private speech he gave to VIPs on February 27 warning that the outbreak was “more aggressive in its transmission than anything that we have seen in recent history”.

To be fair to the senators, they might have benefited from a hunch. China locked down the city of Wuhan the day before Ms Loeffler’s first sale, and her spokesman has said portfolio investment decisions are made by advisers without her or her husband’s knowledge or involvement. Non-essential manufacturing plants in the surrounding province of Hubei were shut down right before Mr Burr cashed out.

But investigators should certainly be asking some questions. It has been illegal for members of Congress and other government employees to trade on secret briefings since the passage of the 2012 “Stop Trading on Congressional Knowledge Act”.

That law was passed after revelations that 34 members of Congress sold or bought securities during the 2008 financial crisis after phone calls or meetings with Treasury secretary Henry Paulson, his successor Timothy Geithner or Federal Reserve chairman Ben Bernanke.

Among them was then House minority leader John Boehner, the point person for the George W Bush administration on trying to get the economy going again. He met Mr Paulson on January 23, 2008. That same day he sold between $50,000 and $100,000 from a more aggressive mutual fund and moved money into a safer investment.

More recently, a congressman convicted of insider trading, Chris Collins of New York, was on the board of a drug company when he learnt from its chief executive that an experimental multiple sclerosis drug had failed a clinical trial.

The disclosure portion of that law was quietly watered down in 2013, exempting Congressional staff members and employees of the executive branch from its online disclosure requirements. That will make it much harder to spot bad behaviour.

Mr Burr and Ms Loeffler may not be alone, but the weakened disclosure law means we may never know who else’s portfolios were shielded from the pandemic.