Republicans in the Senate failed in their efforts to advance new economic stimulus measures worth about $500bn, after Democrats voted to block the legislation on the grounds that the package was too small to tackle the scale of the downturn still facing the US.

In a procedural vote on Thursday, 52 Republican senators approved the scaled-back fiscal stimulus bill with just one defection from their own ranks. However, because of unanimous Democratic opposition, the legislation failed to get the 60 votes required to move ahead towards final passage.

The vote highlighted the extent to which Washington is deadlocked over new fiscal support for the US recovery, leaving many households, businesses, and state and local governments without the prospect of more assistance even as unemployment remains far above its pre-pandemic levels and coronavirus continues to spread in many states.

Most analysts and economists had predicted an agreement on a hefty new stimulus package by late July, but disagreements between Democrats and Republicans over the size and details of any agreement have hampered the talks. 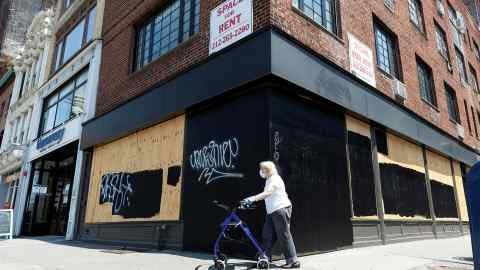 The Democratic-controlled House passed legislation in May to provide $3tn in new stimulus for the US economy, but Republicans repeatedly rejected it as too excessive.

Even though its prospects were slim, Mitch McConnell, the Republican leader in the Senate, wanted to put the limited stimulus bill to a vote to protect vulnerable senators from his party against Democratic accusations that they had turned down any additional help for the US economy.

Chuck Schumer, the top Democrat in the US Senate, called the move “a fairly transparent attempt to show that the Republicans are doing something when in fact they want to do nothing in reality”.

READ ALSO  Complacent insiders sow the seeds of their own demise

Nancy Pelosi, the Democratic speaker of the House, added that the Republican bill “refuses to crush the virus, abandons our heroes in state and local government, ignores families facing hunger and homelessness and contains poison pills that Democrats cannot support”.

But Mr McConnell countered that Democrats were rejecting any compromises in order to hurt president Donald Trump’s re-election chances. “Working families have suffered, and waited, and wondered whether Washington Democrats really care more about hurting President Trump than helping them through this crisis,” he said.

The bill that was rejected on Thursday would have extended emergency unemployment benefits that expired in July at a rate of $300 per week — half the $600 per week level set at the start of the pandemic, which Democrats want to maintain until January.

It offered no additional direct payments to households after the cheques of up to $1,200 per adult sent at the start of the coronavirus crisis. Nor did it provide more federal aid to cash-strapped state and local governments, which Democrats have been pushing for.

It did, however, include provisions protecting companies from legal liability related to the pandemic, which corporate America has been lobbying hard for as crucial to incentivising businesses to reopen.

As well as substantive differences, the approaching general election in early November has further complicated the prospects for an agreement.

The White House and incumbent Republicans in Congress are trying to campaign on a strong economic rebound, which would not require a heavy dose of further government support. But many economists, including senior Federal Reserve officials, have said that it would be extremely difficult for the recovery to proceed in the absence of further federal aid.

Congressional leaders and senior administration officials have said they were still open to negotiations but time is fading before lawmakers are expected to adjourn in early October to campaign in their districts.