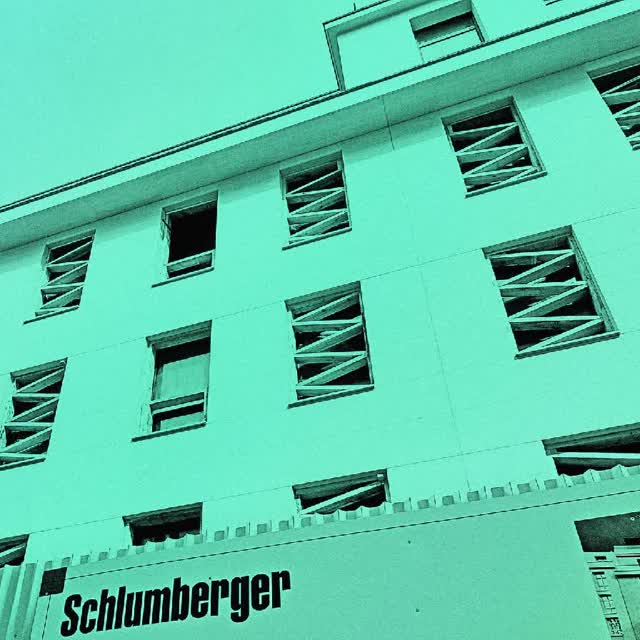 Last month Schlumberger (SLB) announced it would take a one time charge of over $1 billion pursuant to layoffs and restructuring efforts:

The restructuring, which will include cutting 17 product lines into four divisions and restructuring around just five key basins, is expected to permanently save ~$1.5B/year in costs, the CEO told the J.P. Morgan 2020 Energy, Power & Renewables Conference.

The coronavirus brought the economy to a hard stop, hurting business activity and demand for oil. Supply cuts by OPEC and Russia helped drive Brent oil above $40. Even at these prices it could be difficult for oil services firms to turn a profit. E&P for deep water projects are likely not economical. As the economy slowly reopens, vital signs are improving. Industrial production rose 5.4% in June and should rise over the next few months. However, industrial production was off over 40% Y/Y in Q2, which could put companies like Schlumberger until they see signs of a sustainable rebound.

In Q1 2020 the company reported revenue of $7.46 billion, down 9% sequentially. The rig count in North America fell by double-digits in Q1. This is important as North America is the company’s second-largest region. It was previously a catalyst for Schlumberger, Halliburton and Baker Hughes (BKR). Outside North America the company’s revenue fell 10% Q/Q. With oil prices just above $40, orders for Cameron’s subsea operations could dry up; it represented over 15% of Schlumberger’s total revenue. This likely explains the company’s restructuring efforts.

Schlumberger has been cutting costs for much of 2019. The company introduced furloughs and reduced compensation expense for senior management. EBITDA margins were 17.7%, down 270 basis points versus Q4. Still, the company was highly-efficient compared to its peers. 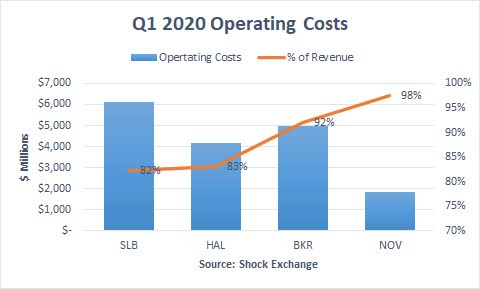 Schlumberger’s $6.1 billion in operating costs are still sizeable enough for management to cut into. The drawback is that more cost cuts could potentially hurt service levels or employee morale.

The pandemic will likely cause the vital signs of the economy to fall hard in Q2. It could hamper Schlumberger’s EBITDA and credit quality. Over the long term I expect oil markets and Schlumberger’s business prospects to stabilize. I rate SLB a hold.

Previous PostBetter use Xi’s thought on ecological progress in economic recovery: ExpertNext PostNow a message from our sponsors – NBC turns to ads to fund its streaming wars | Business