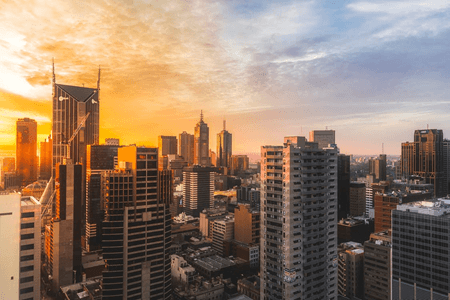 The REIT space is among the few major sectors of the economy that have failed to recover from the March ‘COVID crash’. Many REITs have risen 20-30% from lows, but are still down 20-30% on the year. The major issue is that many small businesses and people are struggling to make rental payments, leading to a rise in forbearance and a decline in liquidity. In general, retail and travel-related REITs have been hit the hardest since they’ve seen a near-complete decline in revenue during the lockdowns.

With most lockdowns being over and COVID’s spread rate being generally low, many investors are likely looking at REITs as a recovery investment. Yields are higher today, particularly if those that suspended or reduced dividends revert soon. REIT rental collections have been trending higher and are now back above 90% for most subindustries. Indeed, with the possibility of renewed stimulus, there is considerable reason to be bullish.

Still, the fact remains that many small and even large businesses are struggling to survive. There has been no major stimulus over the past few months. While most REITs took out significant liquidity in March and have the cash, many still have earnings-based covenant obligations which can become problematic if cash flow remains poor. Even more, if we are looking at a long-lasting recession then the possibility of a rise in capitalization rates would lower the net asset value of many REITs.

Put simply, there are many reasons to be bearish and bullish on REITs. Per usual, the truth is in the grey area.

Diversification is Key for REITs

Not all REITs are the same. Some like healthcare and data-center REITs have barely seen declines while retail and lodging are hanging on by a thread. Residential and office REITs are more of a mix with some being greatly harmed (particularly those with a big-city emphasis) while others are hardly scathed.

The short-term impacts of COVID are now ending and we are now facing the arguably more important “long-term impacts.” This opens a few key questions like “will people permanently work from home?”, “will air-travel be permanently reduced?”, and “will rising permanent unemployment result in a decline in rent payments.” The answer to these questions is not necessarily clear, but they do pose existential threats to many REITs.

Indeed, I would not be surprised if we see an increase in REIT bankruptcies over the next year as it becomes clear which will not recover. In order to avoid these potential losses, investors are best diversifying their REIT exposure across many sub-industries. This can be done easily through an ETF like Schwab’s Strategic Real Estate Trust (SCHH).

SCHH is a low-cost REIT ETF with an extremely low operating expense ratio of 7 bps. It is a passive fund that invests in the largest REITs and has a decent yield of 3.7%. As you can see below, the fund has lagged the more-popular REIT ETF (VNQ):

VNQ’s yield of 2.88% is quite a bit lower than SCHH’s, meaning SCHH may have greater recovery potential. That said, they are trading in lock-step so SCHH’s benefit may only be its slightly lower expense ratio (VNQ’s ER is 12 bps).

Importantly, SCHH also has limited exposure to the REIT subindustries which are at the greatest risk. See below:

Nearly half of its portfolio is in specialized REITs, namely telecommunication and data centers which are generally regarded as non-cyclical. Its exposure to hotels and offices is low which is a positive sign since it appears these subindustries have the greatest potential for permanent decline. The fund does own numerous retail REITs, but they are generally higher-quality names like National Retail Properties (NNN).

Overall, I believe SCHH is one of the best and easiest ways to gain exposure to potential REIT recovery. It has a low expense ratio, decent dividend, and is heavily diversified between REITs that are generally of greater quality.

The lull in REIT performance has caused some investors and analysts to believe we are in a “REIT Apocolypse” that is not dissimilar from 2008. The jury is out on this and the outcome partially depends on government policy. REITs generally lack the extreme and dangerous leverage they had in the past and the majority I’ve seen took out liquidity revolvers in March/April which will give them ample cash to make it through 2021. Rent collections have also recovered significantly, even for most lodging and mall REITs.

In my opinion, the most significant risk to REITs today is a decline in valuations. Most pay lower dividends by historical standards due to low mortgage rates and the historically flat yield curve. Interest rates have risen over the past few weeks. It seems very likely that mortgage rates will rise over the next few months as banks limit leverage and the Fed slows MBS purchases.

This will make it difficult for many REITs to refinance at profitable levels which will not only limit cash flow but also likely lower capitalization rates. It is difficult to say today, but given leverage levels, a sustained rise in mortgage rates will likely lower REIT net asset values by 20-30%. From what I’ve seen, most are trading near their NAV so this is a material risk.

Overall, REITs are better than many if not most other sectors of the equity market, but their outlook is still far from great. They are discounted compared to last year’s prices and pay higher dividend yields than in 2018-2019. Many are struggling, but most will likely see a cash flow return to normal by year-end.

Still, the possibility of a rise in interest rates is a major risk factor that could cause valuations to decline. Low mortgage rates have been a saving grace for many REITs this year, but I do not believe it will persist into next year. Even more, some apartment, office, retail, and hotel REITs will likely not survive. A few potential at-risk REITs in SCHH include Macerich Co. (MAC), Service Properties Trust (SVC), EPR Properties (EPR), and Park Hotels & Resorts (PK) which are all down well over 50% this year.

Unfortunately, those REITs that are not down considerably this year trade at very high valuations which give them a significant risk of devaluation if mortgage rates increase. The bottom line is that it may be best to wait on investing in REITs, but if you’re going to buy something, they’re likely a better investment than the S&P 500 and Nasdaq today.

If you’re looking for (much) more research, I run the Conviction Dossier here on Seeking Alpha. The marketplace service provides an array of in-depth portfolios as well as weekly commodity and economic research reports. Additionally, we provide actionable investment and trade ideas designed to give you an edge on the crowd.