Retired four-star Gen. Jack Keane on Tuesday said the Saudis aren’t “totally convinced yet” that that twin drone strikes on the Saudi Aramco oil facilities were carried out by Iran.

Iran’s supreme leader announced on Tuesday that “there will be no talks with the U.S. at any level” — remarks apparently meant to end all speculation about a possible U.S.-Iran meeting between the two countries’ presidents at the U.N. later this month.

However, U.S. Secretary of State Mike Pompeo has blamed Iran for the weekend ambush on the oil plants that affected about 5 percent of the daily global oil supply. 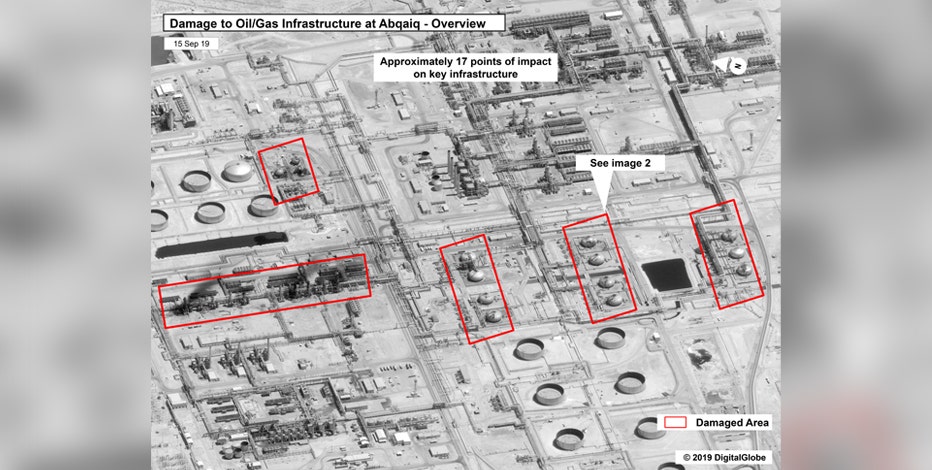 This image provided on Sunday, Sept. 15, 2019, by the U.S. government and DigitalGlobe and annotated by the source, shows damage to the infrastructure at Saudi Aramco’s Abaqaiq oil processing facility in Buqyaq, Saudi Arabia. (U.S. government/Digital

Keane believes that there is “multiple sources of information” at work.

“Some of those we share with our allies, some of those we don’t because it actually identifies — if we provide the intelligence — identifies the source. It’s likely that’s the primary reason that Secretary of State Pompeo is going to visit the Saudis, so he can talk to them face to face about some additional intelligence that we have,” he explained. 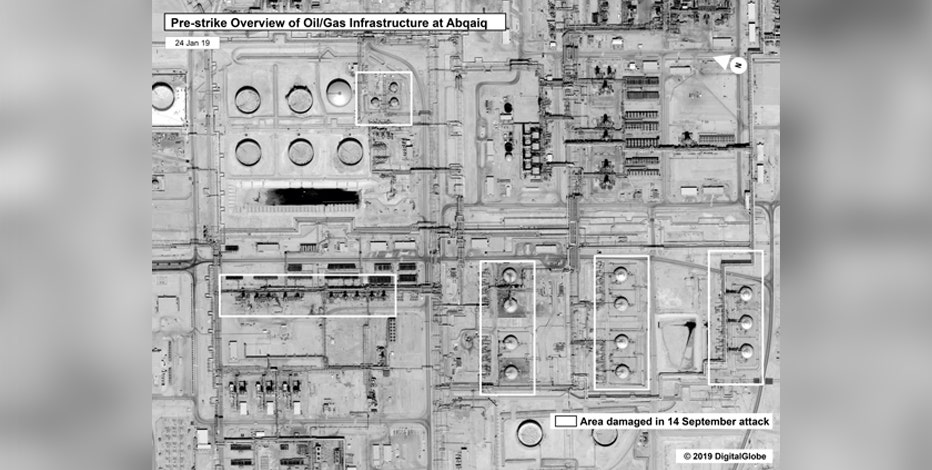 This image provided on Sunday, Sept. 15, 2019, by the U.S. government and DigitalGlobe and annotated by the source, shows a pre-strike overview at Saudi Aramco’s Abaqaiq oil processing facility in Buqyaq, Saudi Arabia. (U.S. government/Digital Globe

Keane also said that the Saudis are “certainly developing their information based on the delivery of the weapons and the impact of those weapons.”

“The Saudis have identified the weapons used as being Iranian-owned,” he said.