Saudi Oil Output Cut in Half After Drones Strike 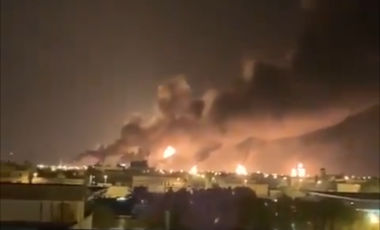 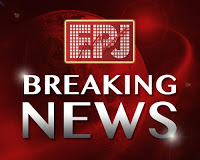 Multiple updates including video below.

Saudi Arabia’s oil production was cut by half after a swarm of explosive drones struck at the heart of the kingdom’s oil industry, setting the world’s biggest crude-processing plant ablaze, reports Bloomberg.

Saudi Aramco has had to cut production by as much as 5 million barrels a day, roughly half their daily production, after the attack on the Abqaiq plant, according to reports.

Facilities at Abqaiq and the nearby Khurais oil field were attacked at 4 a.m. local time, state-run Saudi Press Agency reported.

“Abqaiq is the heart of the system and they just had a heart attack,” said Roger Diwan, an OPEC watcher at consultant IHS Markit. “We just don’t know the severity.”

“For the oil market if not global economy, Abqaiq is the single most valuable piece of real estate in planet earth,” according to Bob McNally, head of Rapid Energy Group.

There was no immediate reaction of oil prices on global exchange since markets are closed for the weekend.

Saudi Aramco describes its Abqaiq oil processing facility, some 60 kilometres (37 miles) southwest of Dhahran in the kingdom’s Eastern Province, as “the largest crude oil stabilisation plant in the world”.
The facility processes sour crude oil into sweet crude, then later transports onto transhipment points on the Gulf and the Red Sea. Estimates suggest it can process up to seven million barrels of crude oil a day. 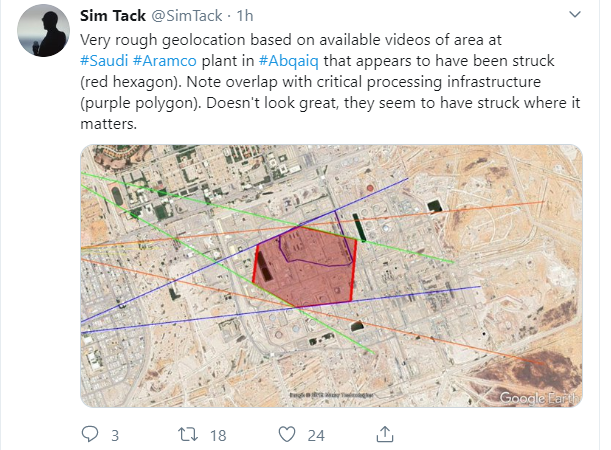