Sandstorm Gold: On Track For An Earnings Breakout Year (NYSE:SAND)

It’s been a tough month and a half for the Gold Miners Index (GDX), as several names have slid more than 20% from their highs given the sharp correction we’ve seen in precious metals prices. Sandstorm Gold (SAND) has not been immune from the sector-wide weakness, down nearly 25% from its August highs. Fortunately, at the same time as the stock has been under pressure, we’ve seen analysts ratcheting up earnings estimates, with FY2021 estimates now up from $0.17 to $0.19, which suggests we’ll see an earnings breakout next year for the stock. While I believe there are better names in the sector to own given the jurisdictional risk with Turkey, I continue to believe any dips below $8.15 will be low-risk areas to start a position in the stock. 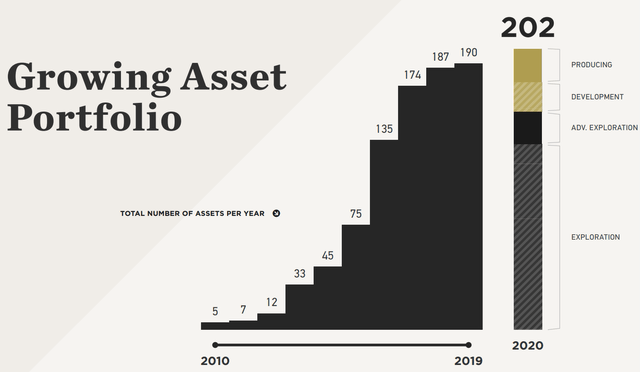 Sandstorm Gold released its preliminary GEO sales and revenue statistics this week and reported sales of 12,300 gold-equivalent ounces (GEOs) and unaudited revenue of $23.3 million for Q3. This is a 12% increase sequentially from the tough Q2 Sandstorm had due to COVID-19-related shutdowns, and it suggests that the worst is behind the company. This is also a massive improvement from a quarterly revenue standpoint, translating to a 24% jump in revenue sequentially from the $18.7 million reported in Q2. This sharp increase despite low-double digit GEO sales growth is due to higher metals prices, which is expected to bolster Sandstorm’s bottom line in FY2021.

As shown in the chart above, we’ve seen a disappointing trend in quarterly GEO sales for Sandstorm, with GEO sales peaking in Q3 2019 and trending lower for three consecutive quarters in a row, with the culprit for Q2 weakness being COVID-19. Fortunately, GEO sales have finally begun to turn up again, and Q4 should be even stronger given that Lundin Gold’s (OTCPK:FTMNF) Fruta del Norte mine should have a strong finish to FY2020 with the paste plant expected to be complete in Q3, and Americas Gold and Silver Corp.’s (USAS) Relief Canyon mine expected to finally begin commercial production in Q4 after a disappointing initial ramp-up. Meanwhile, Endeavour Mining (OTCQX:EDVMF) is expected to have a much stronger second half at its Hounde mine, where Sandstorm Gold holds a 2% net smelter return (NSR). This is because Endeavour will be mining much higher grades in Q4 at the Kari deposits and higher grades from the Vindaloo main pits.

Unfortunately, we recently got some bad news that could offset some of the improved production from Sandstorm’s other royalty assets. This was the announcement from Lundin Mining (OTCPK:LUNMF) that there was a power outage at its Chapada copper-gold mine in Brazil. As a result of the protection system at the mine’s main electrical substation failing during the outage, there was significant damage to all four SAG and ball mill motors. Given that Sandstorm has a deal in place to purchase 4.2% of the copper annually at Chapada, this is not ideal. While this will not affect the Q3 results as the outage occurred on September 27th, it is likely to take a bite out of Q4 quarterly GEO production, given that it’s expected to take 60 days to return to full capacity. 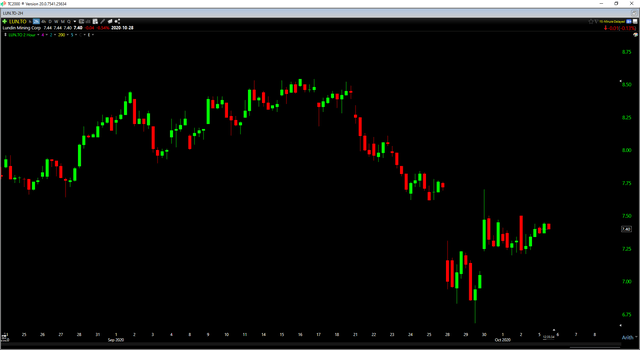 Nothing is exciting about a 1,100 GEO sales headwind for Q4, but so far, the market has shrugged off the news for the most part. While Lundin Mining dove over 13% on the announcement, Sandstorm Gold barely budged, which is a reminder of why it’s nice to hold royalty plays versus producers. This is because royalty names that are diversified and don’t have to deal with capex can digest this news much easier than a company reliant on the asset for cash flow, and forced to pay for the rehabilitation to get back into production. In summary, while the Chapada mine news is certainly worth mentioning, as a delayed restart (above the 60-day estimate) could be an even more significant headwind in Q4 for Sandstorm, I don’t see the news as overly material, as a 1,100-1,300 GEO sales headwind is not the end of the world.

If we look at the trend Sandstorm’s quarterly revenues below, we should see a 24% increase sequentially in Q3 ($23.3 million vs. $18.7 million), and estimates are projecting further improvement in Q4 and Q1 2021. Based on current Q1 2021 forecasts of $26.4 million, quarterly revenue is on track to hit a new multi-year high – a bullish development. This increase would translate to another quarter of 24% growth year over year (Q1 2019: $21.3 million), driven by higher metals prices and a high likelihood that Chapada will be back to normal operations, Fruta Del Norte will be running at full capacity, and Relief Canyon will be set for its stronger quarter after reporting commercial production in Q4. Assuming all of these things come to fruition, we should see record revenue in FY2021 for Sandstorm, which confirms the improved earnings trend we see below.

As we can see from Sandstorm’s earnings trend above, annual earnings per share (EPS) is expected to have a breakout year in FY2020, with estimates currently sitting at $0.19, which would be a new all-time high versus the previous high of $0.17 in FY2016. Generally, earnings breakouts are very bullish developments, occurring when annual EPS trades in a range for several years and then launches to a new high. This is typically due to a positive change in the business, which, in Sandstorm’s case, is higher metals prices, leading to improved margins. 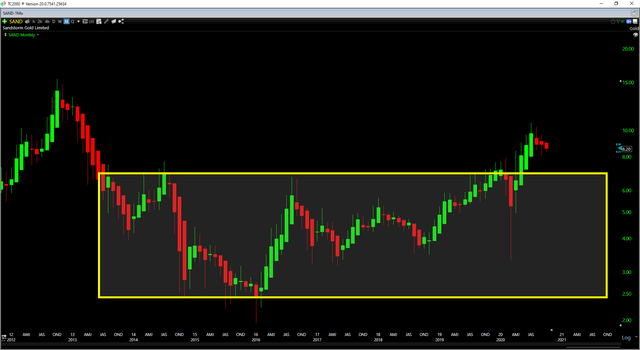 While the recent correction has likely scared many investors away with a double-digit decline that’s sliced through the 50-day moving average, we’ve seen minimal damage to the long-term chart. As shown above, Sandstorm Gold broke out of a multi-year base earlier this year, and this pullback remains well above the breakout level near $7.00. The catalyst for this breakout is likely the market realizing that Sandstorm is becoming a higher-margin story with a significantly improved earnings trend. Besides, things could look even better long term, assuming a positive construction decision at Sandstorm’s 30%-owned Hod Maden project in Turkey. Based on a preliminary economic study, this could be a 250,000-ounce-per-year operation on a gold-equivalent basis, with 30% attributable to Sandstorm. 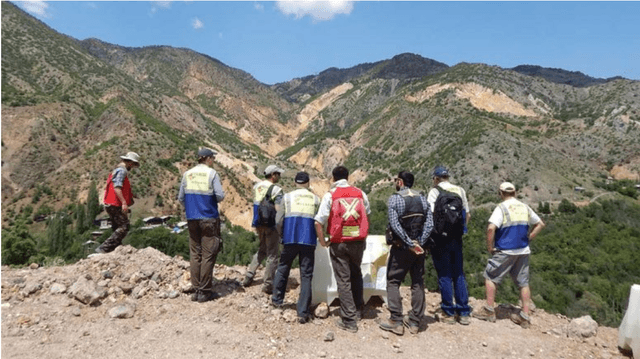 While I continue to see better royalty plays out there on a valuation basis, I see no reason for long-term investors in Sandstorm Gold to panic here at $8.25. Obviously, this correction has been sharp, and the Chapada news is not ideal, but this is a short-term issue, and the technical chart remains favorable for the time being. Given my belief that we’ll see an earnings breakout in FY2021 and that the worst is behind the company after unprecedented shutdowns in Q2, I continue to stand by my belief that any pullbacks below $8.15 will be low-risk buying opportunities.

Disclosure: I am/we are long GLD, EDVMF. I wrote this article myself, and it expresses my own opinions. I am not receiving compensation for it (other than from Seeking Alpha). I have no business relationship with any company whose stock is mentioned in this article.